We reckon the 134bhp 1.5-litre turbocharged petrol in the Cooper is the pick. It keeps the price sensible and offers about the same performance as a Ford Puma 1.0 Ecoboost Hybrid 125, with 0-62mph dispatched in a creditable 9.7sec. In the real world that means enough oomph on tap for town or fast A-road driving.

The plug-in hybrid (PHEV) model adds an electric motor (driving the rear wheels) to the Cooper’s petrol engine, making it four-wheel drive. It also boosts power to 217bhp, so the PHEV's 0-62mph time of just 6.8sec is second only to the hot JCW performance model. More pertinently, perhaps, the PHEV can run on electric motor alone for up to 30 miles – although 20 miles is more likely in real-world driving. Obviously, acceleration isn't as quick without the petrol engine helping out, but performance is still adequate for most situations and you can even cruise at 70mph for short distances.

The Countryman has fairly firm suspension and is far from the most comfortable small SUV. It clumps over potholes, bucks about on undulating B-roads, and only stops fidgeting on motorways if they're ironed smooth like a sergeant’s shirt.

If you go for optional bigger wheels or run-flat tyres then things get worse still, and the Countryman PHEV's extra weight – due to its battery pack – also exacerbates matters.

Adaptive suspension is a reasonably priced option on certain versions and worth considering, but even this doesn't make the ride anywhere near as cosseting as the Skoda Kamiq and Volkswagen T-Roc. 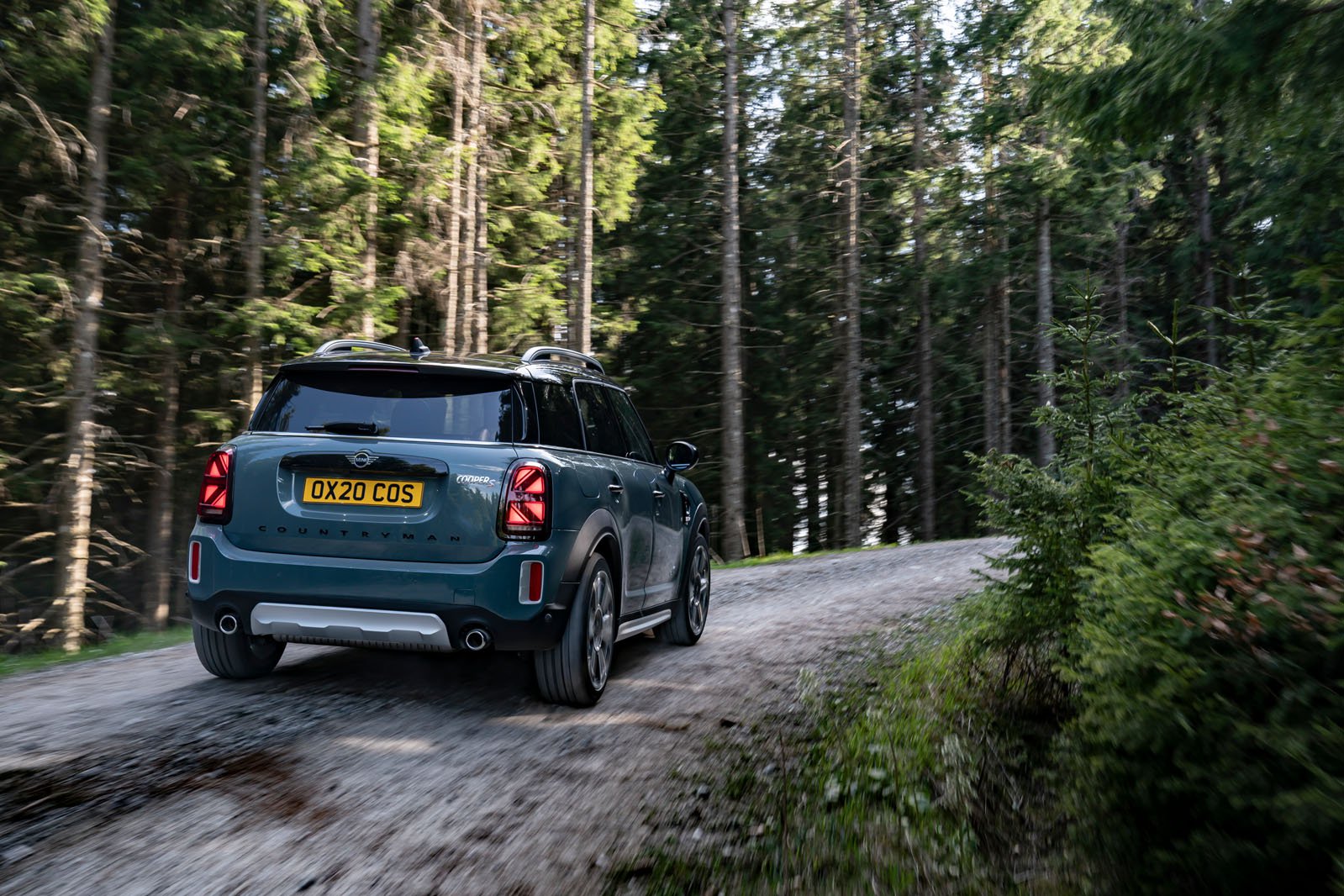 Mini claims its cars deliver ‘maximum go-kart feel’. What the company means by this is that the steering is quick and there's minimum body lean in corners. And, yes, the Countryman does stay pretty level through fast corners, but the steering is so quick it can make the car feel nervous, a problem exacerbated by the steering not weighting up enough to give you anywhere near the degree of confidence or driving pleasure as you get from an Audi Q2 or Ford Puma.

As we said in the ride comfort section above, the plug-in hybrid PHEV version of the Countryman is heavier but it's nicely balanced though corners because the weight is spread evenly. As with all the four-wheel-drive (All4) versions of the Countryman, there's good traction in slippery conditions but still don't expect to have much fun. Then again, the Countryman PHEV is more entertaining than the Renault Captur PHEV.

The Cooper D is quiet for a diesel, and the three-cylinder petrol engine in the Cooper and Cooper PHEV thrums away but in a considered and reasonably subdued fashion. The Cooper S’s four-cylinder motor, meanwhile, has a sporty parp and, of all the engines, it transmits the least vibration through to the pedals and steering wheel. Except for the PHEV when running in pure electric mode, of course; that's as unobtrusive as it gets.

The problem with the PHEV, though – and all versions of the Countryman for that matter – is wind noise. At 70mph the wind really gusts around the door mirrors, which is a shame because road and suspension noise is pretty hushed relative to most small SUV rivals. The T-Roc is the quietest car in the class to travel up and down motorways in.

The standard six-speed manual gearbox is a little notchy but easy to use, and the Countryman's brakes – even the regenerative brakes fitted to the PHEV – are progressive, so it’s simple to master the art of stopping gracefully. There are two types of automatic gearbox: an eight-speed auto 'box comes fitted to everything except the PHEV, which has a six-speed 'box. From our experience, both slip through their gears without fuss.