The Mini Countryman is big by small SUV standards and makes good use of every inch. Its high roof gives even the tallest of drivers plenty of head room, plus there's lots of leg room and, thanks to a broad interior, you shouldn’t be rubbing elbows with your passenger, either.

As well as the two cupholders in front of the gear lever, there's a decent-sized glovebox, a couple of small cubbies for loose items and reasonably large door bins. The optional Comfort Pack adds a front armrest with extra storage underneath. 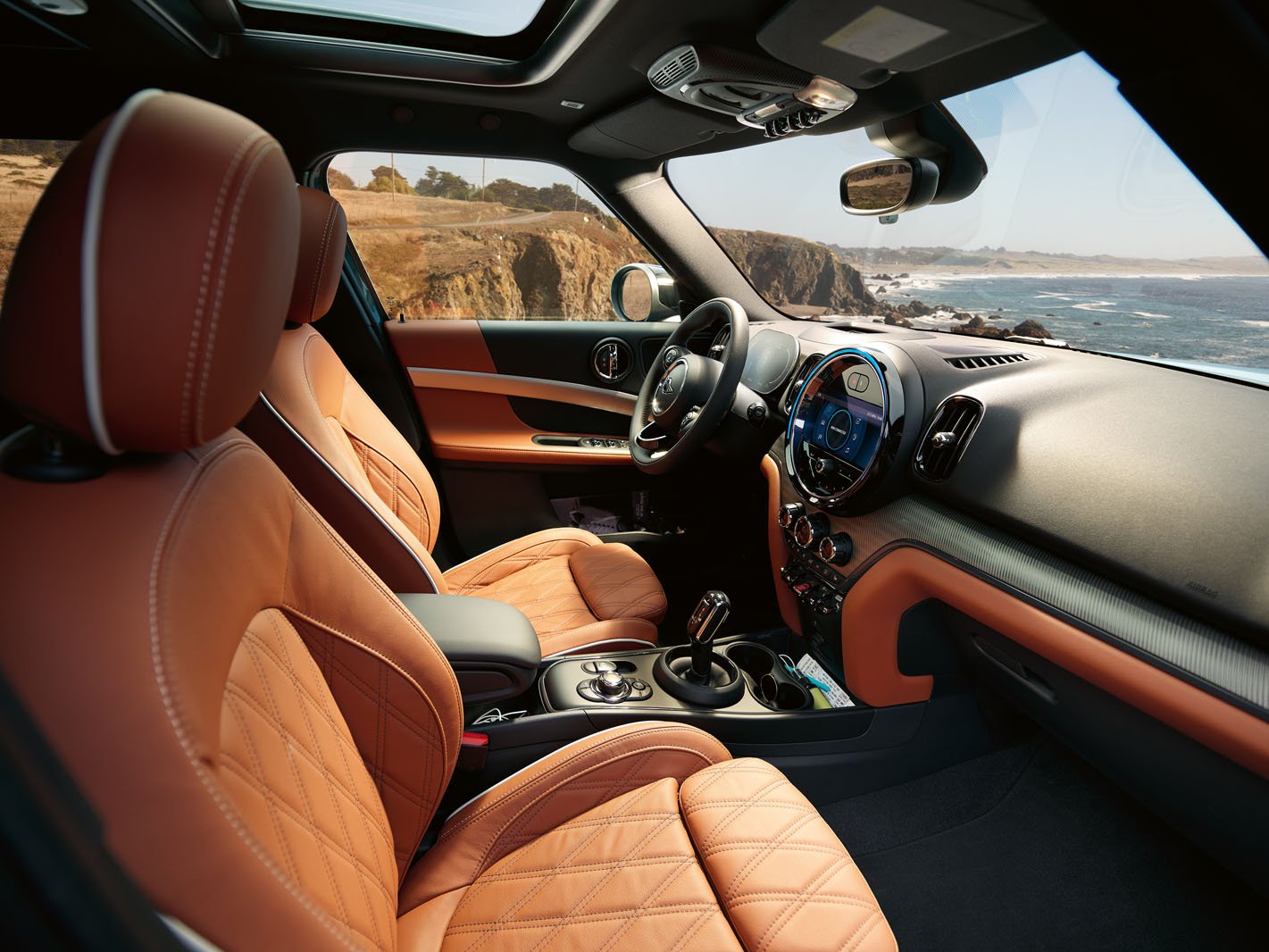 The Mini Countryman’s rear seats split in a handy 40/20/40 configuration, which is more useful than the 60/40 split in most rivals because it’s easier to carry long, narrow items, such as skis and snowboards, with two rear passengers on board. Folding down the rear seatbacks is simple, even though they don't lie completely flat.

If you add the Activity Pack, the Countryman is one of the few cars in the class to offer both sliding and reclining rear seats – the Volkswagen T-Cross, for example, has just sliding rear seats. The PHEV isn't available with the sliding feature, though.