More for you |
What can I do about a security issue on my car? Top 10 most reliable used family SUVsVIDEO: Peugeot 3008 Hybrid reviewBest car brands for reliability (and the ones to avoid)New cars for less than the price of the train
Home
News
2020 Peugeot 2008 SUV revealed: price, specs and release date
news

The 2008 small SUV gets a high-tech interior and the option of electric power to take on the Volkswagen T-Cross... 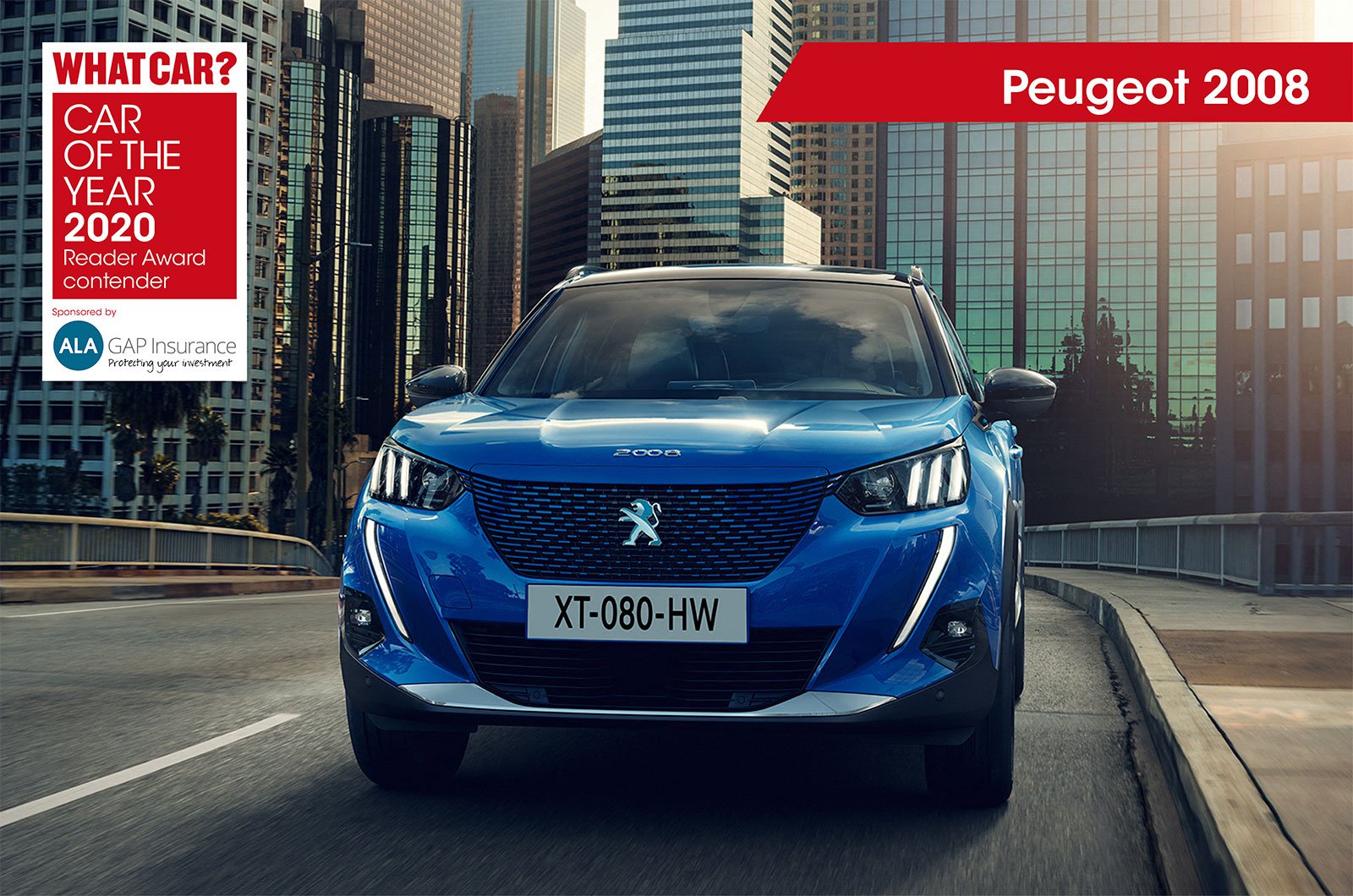 Perhaps because its larger siblings are so good, the current Peugeot 2008 stands out in its maker's SUV line-up like the ugly duckling at a swan-only cocktail party. You see, while the 3008 is a high-tech marvel in the family SUV market, and the 5008 has been our favourite large SUV for two years running, the 2008 has been somewhat overlooked – until now.

Based on the same underpinnings as the latest 208 small hatchback, DS 3 Crossback and upcoming new Vauxhall Corsa, Peugeot’s rejuvenated small SUV is a significant 14cm longer than the outgoing model, promising more leg room and boot space inside. It’s set to go toe to toe with rivals such as the Seat Arona and Volkswagen T-Cross and takes plenty of styling inspiration from the new 208 hatchback unveiled earlier this year. Its standard LED lights, which curve down as part of the front bumper, will certainly help you to stand out on the road, as well as making the 2008 appear larger than it actually is.

The new Peugeot 2008 is one of 12 cars nominated for the 2020 What Car? Reader Award. To see all of the contenders and have your say on which is most exciting, just head over to the voting site. 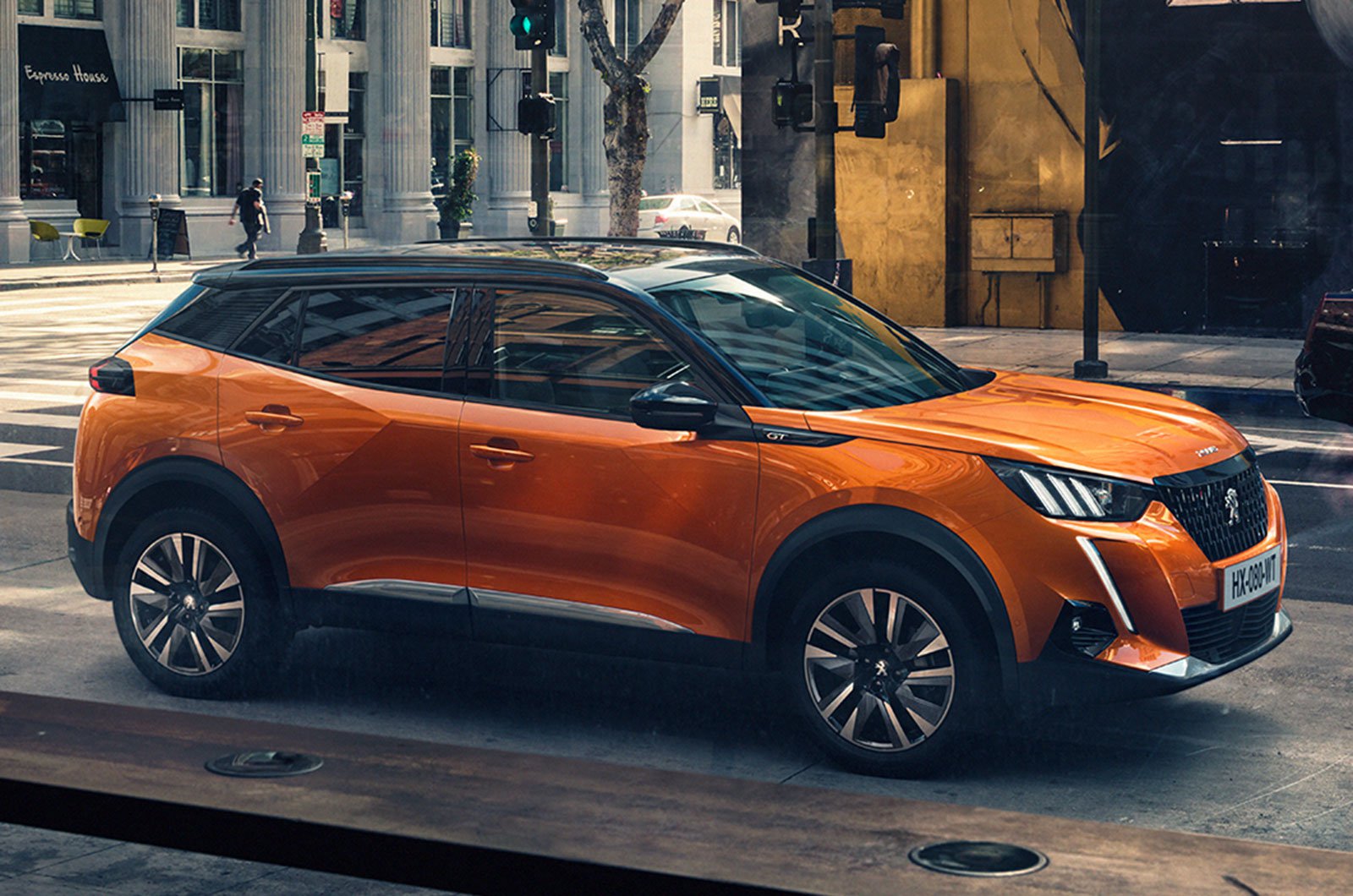 Like the 208, DS 3 and Corsa, the 2008 is offered with not only a choice of conventional petrol and diesel engines but also, for the first time, fully electric power. The electric version, called the e-2008, is powered by a 134bhp electric motor that is supplied energy by a 50kWh battery pack, giving it an official range of 193 miles in the latest WLTP test. In comparison, the rival Hyundai Kona Electric, in lower-powered 39kWh form, covered 194 miles in the same test. Charging the e-2008 takes up to eight hours using a 7.4kW home wallbox but will be much quicker using a rapid charger of the sort found at most motorway service areas.

As with most electric cars, you can vary the strength of the e-2008’s regenerative braking system, which harvests energy normally lost under deceleration and puts it back into the battery. You’ll also get help from Peugeot to identify and install the best charging solution, as well as access to a network of 85,000 charging points across Europe.

Petrol engine options include 1.2-litre three-cylinder units in 99bhp, 128bhp and 153bhp forms. Our favourite is likely to be the mid-range Puretech 130 – the one we recommend in both the 3008 and 5008 – for its smooth, gutsy performance and excellent fuel economy. If you cover lots of miles, you can have a 99bhp 1.5-litre four-cylinder diesel instead. Gearbox options are a six-speed manual or an eight-speed automatic. You can choose from Eco, Normal and Sport driving modes via a switch on the centre console.

Four-wheel drive isn’t offered on the 2008, but if you’re likely to need extra traction at times, you can specify Grip Control, which optimises the car’s traction control settings for slippery surfaces such as sand, snow or gravel. 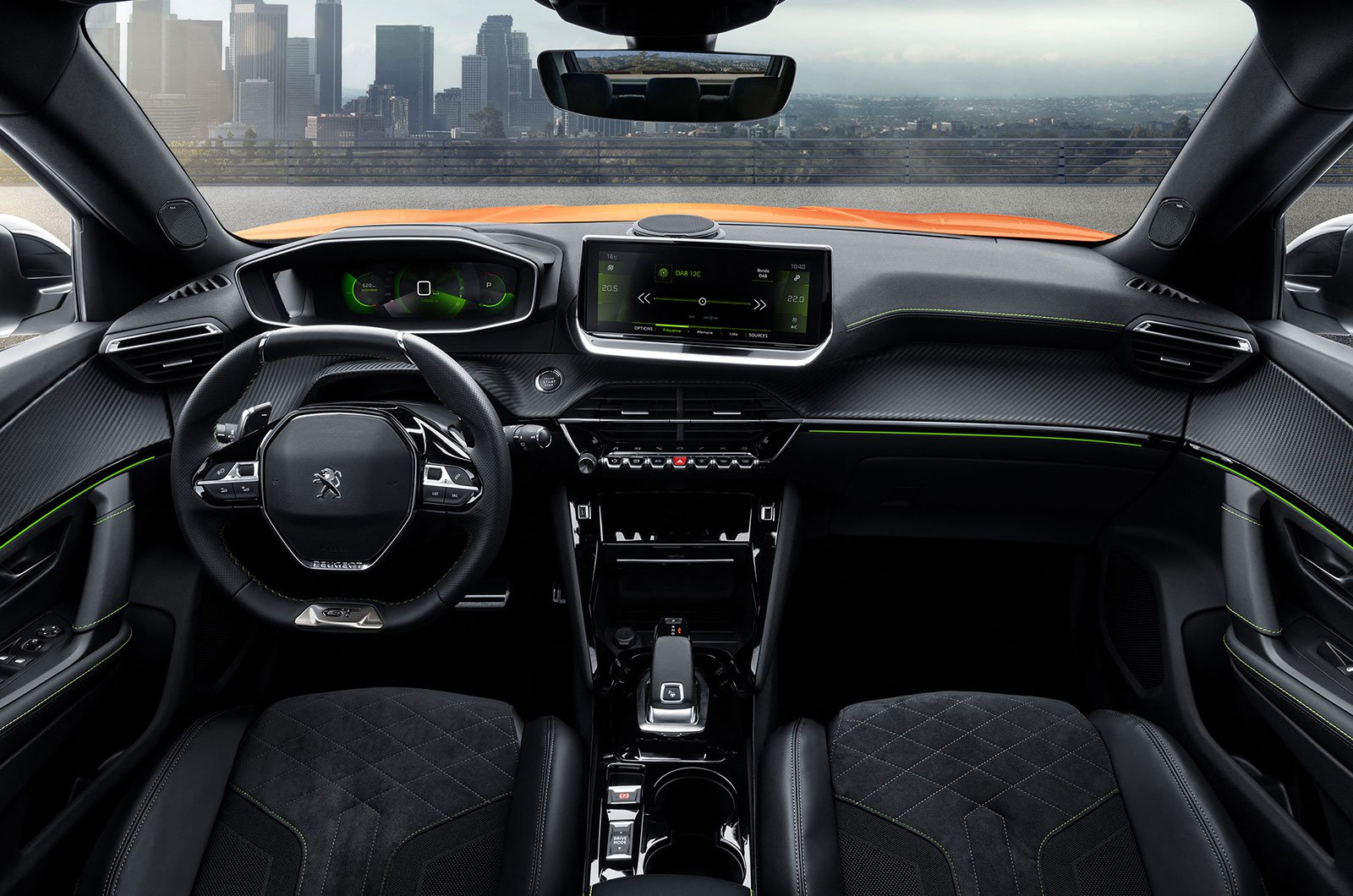 No matter which version you go for, the boot has a capacity of 434 litres with the rear seats up – less than in the T-Cross but an improvement on the old model’s 410 litres and enough to take a couple of large suitcases.

The 2008’s interior looks suitably futuristic, with a small steering wheel, digital instrument panel and separate infotainment touchscreen (up to 10.0in) with ‘piano key’ shortcut buttons underneath. Among the storage space on offer, there’s a cubbyhole at the bottom of the centre console that contains a wireless charging pad.

Like the 208, the 2008’s high-mounted digital instrument cluster can project crucial information in enlarged ‘holographic’ form in front of it. It isn’t a gimmick, either; Peugeot says this can shorten a driver’s reaction time by half a second. Like the rest of the Peugeot range, the 2008 is available in Active, Allure, GT Line and GT trim. The latter two have sporty looks, with bespoke LED lights, 18in alloy wheels and mood lighting inside. Go for the e-2008 and you get a body-coloured front grille and bespoke seat trims.

Smartphone integration is provided by Apple CarPlay and Android Auto, and up to four USB ports can be found inside the car, depending on spec. Driver assistance technologies include adaptive cruise control, lane-keeping assistance, a self-parking system, fatigue warning and automatic emergency braking that can recognise pedestrians and cyclists. 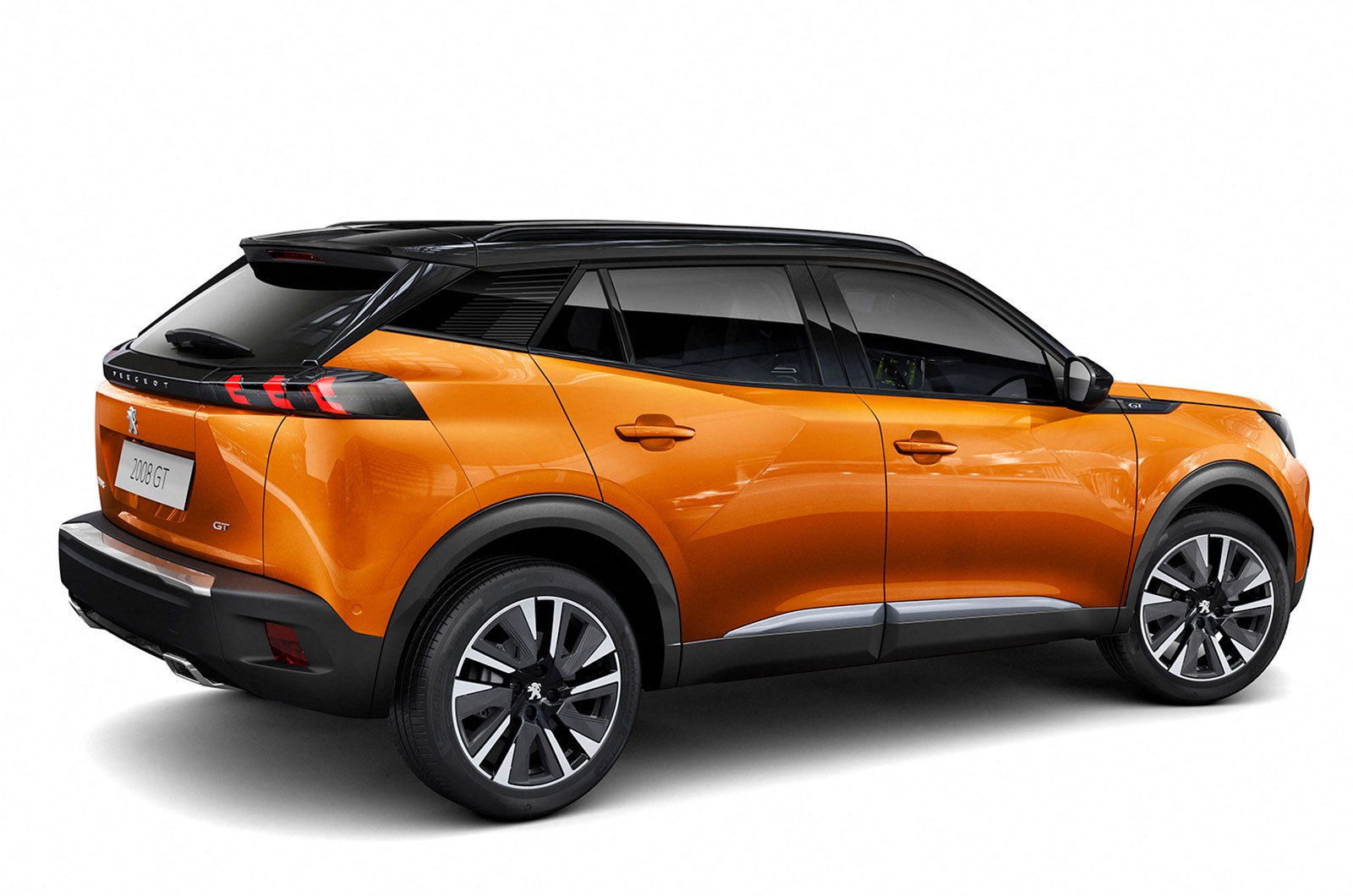 Prices for the new 2008 are expected to rise substantially compared with today’s car, with around £20,000 getting you an entry-level model. That means the new 2008 will cost you more than the T-Cross and Arona, but neither of those rivals currently offers an electric version. It’s worth remembering, too, that discounts will lower the 2008’s price substantially, and What Car? New Car Buying can net you a saving of £1944 on the current 2008.

Expect the electric e-2008 to cost more than its conventional counterpart – at least £25,000 is likely – but as a zero-emissions model, that car qualifies for the Government’s £3500 grant.

The best (and worst) small SUVs

Small SUVs are among the most popular cars on sale because they offer the high-set driving position, practicality and muscular looks of more traditional off-roaders, but usually without the high purchase price or running costs – so they can make great family cars.

So if the idea of an all-new Peugeot 2008 has got you hankering for a new small SUV, then this story will be of help, because below and over the next page we've counted down the top 10 small SUVs you can currently buy – and revealed the models that are best to steer clear of.

Save money on a new Renault Captur with What Car ? >> 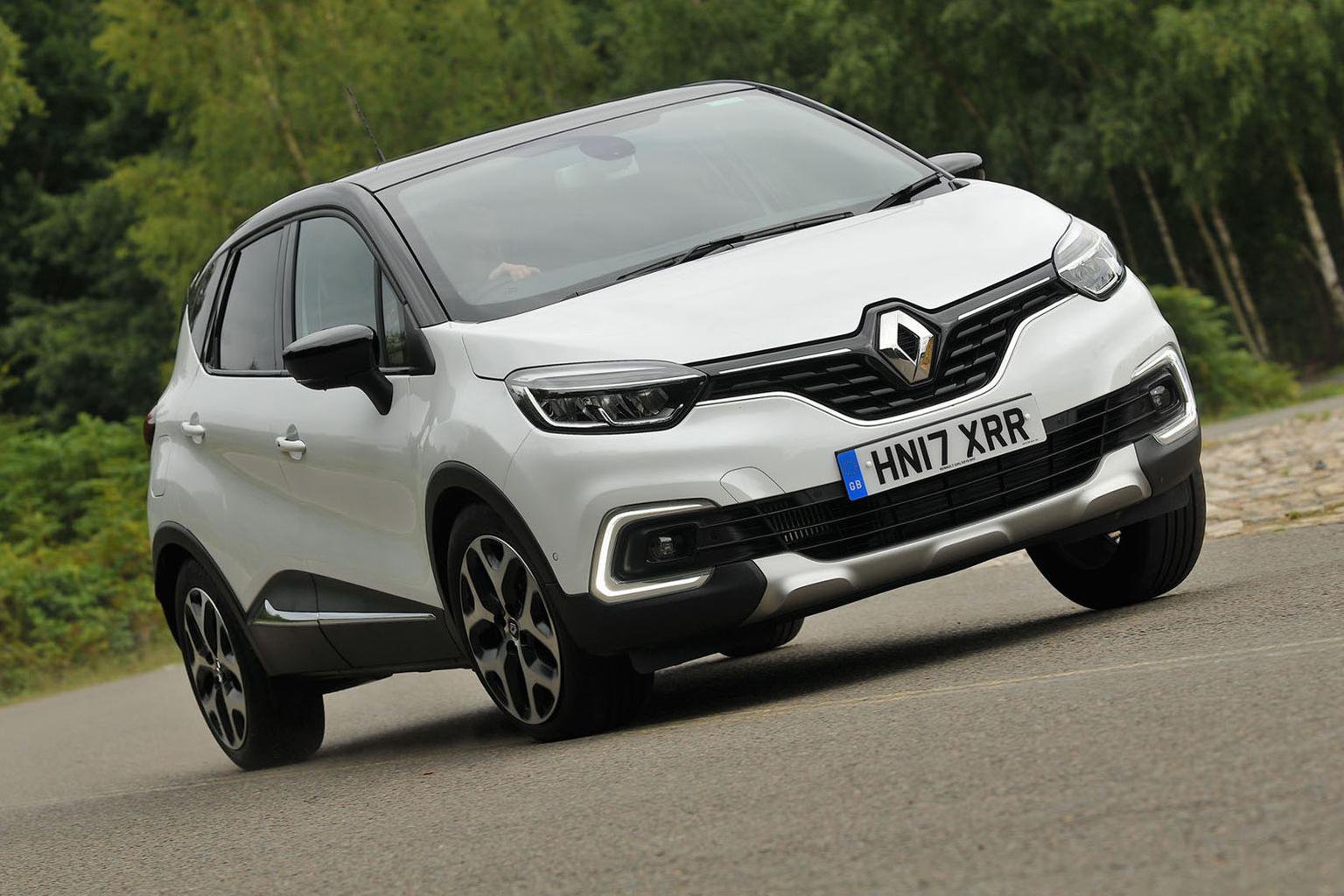 Like the Clio on which it is based, the Renault Captur offers a range of economical petrol and diesel engines and is front-wheel drive only. It's good value, too. undercutting most of its rivals on purchase price and offering some of the lowest CO2 emissions in its class. It's not as swift or agile as the competition, though. 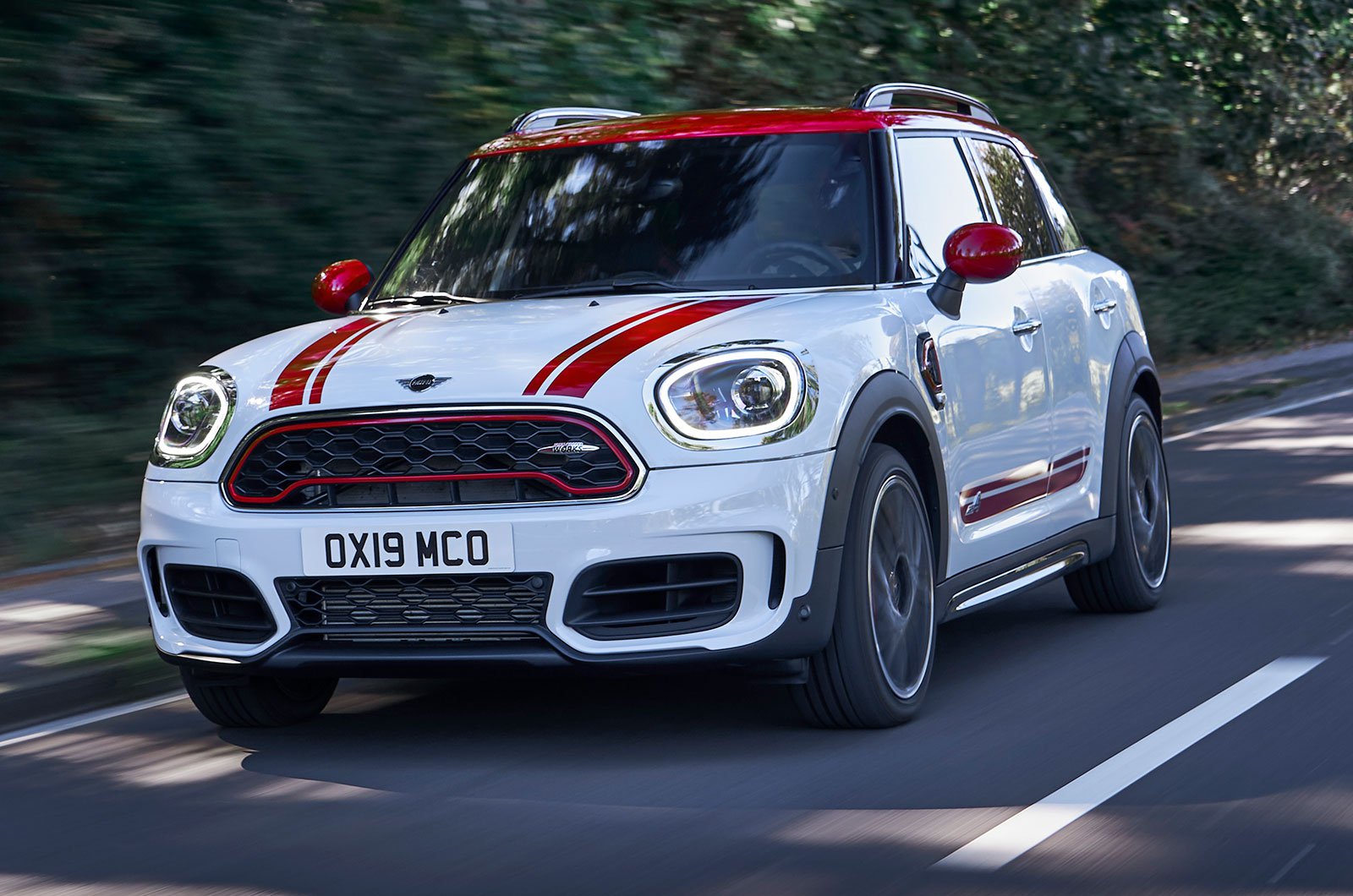 The Countryman has a well-appointed, plush-looking interior and a decently sized boot. It handles well, but the ride can be unsettled and it has more road and wind noise than in some rivals. A high roof and low seating position mean even the tallest of drivers will be able to get comfortable.

Save money on a new Suzuki Ignis with What Car? >> 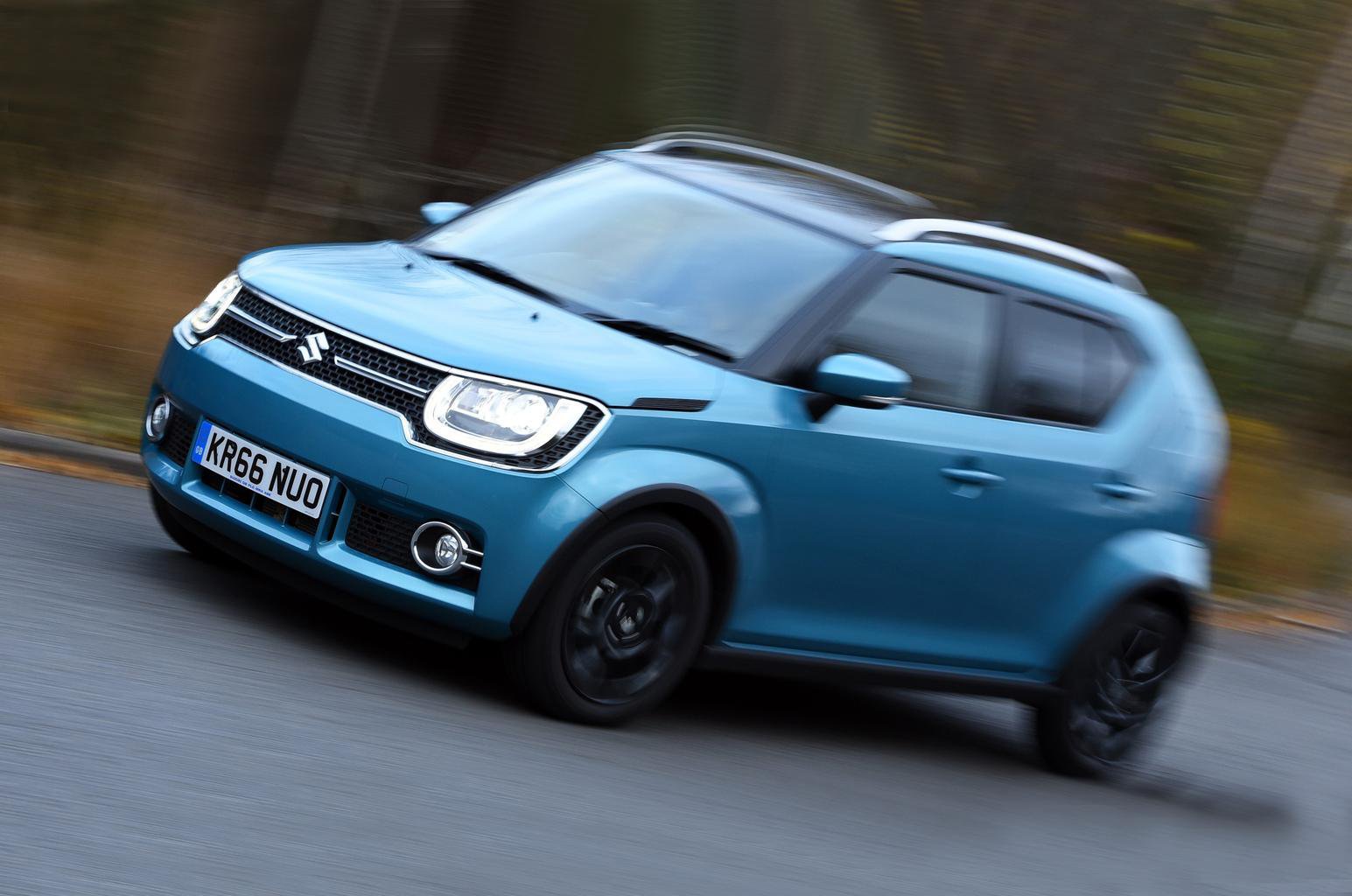 Suzuki has taken the 'small' part of the small SUV to the extreme – the Ignis is just 3.7 metres long and 1.7 metres wide – but even so, there’s no mistaking it for anything other than a radically designed and eye-catching baby SUV. The Ignis is also well priced and neatly packaged. Only stodgy handling and so-so interior quality let it down.

Next: more of our favourite small SUVs >