The new Citroën e-C4 X is a car for those who’ll only watch the extended cuts of their favourite films.

You see, in the same way that the Lord of the Rings trilogy’s runtime is two hours longer than the original’s, the e-C4 X stretches the Citroën e-C4 coupé SUV’s underpinnings into a capacious saloon with reworked rear end styling and significantly more luggage space. 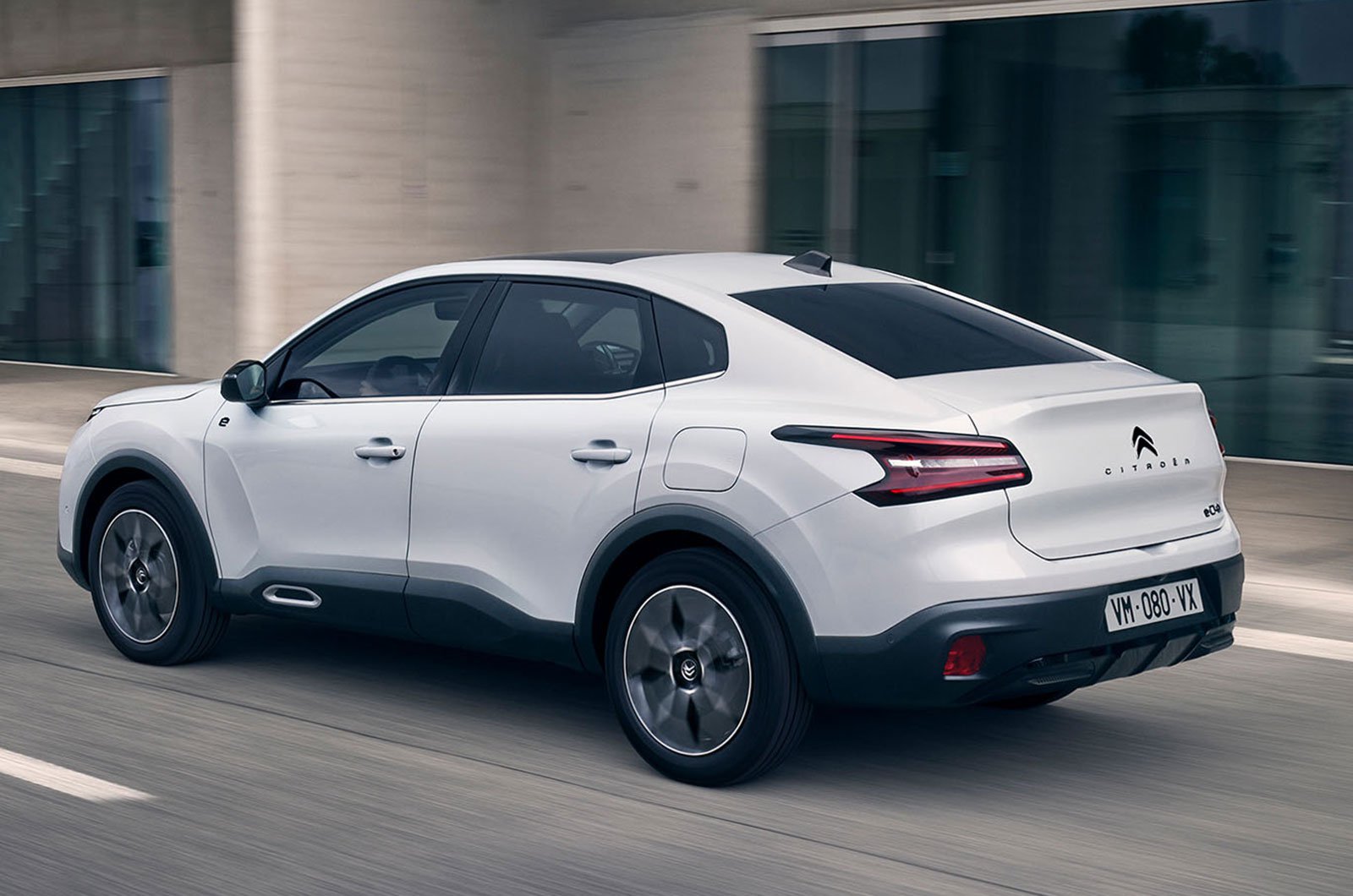 To that end, the boot has increased from the 380-litre capacity of the regular e-C4 – enough space to stow five carry-on suitcases below its parcel shelf – to 510 litres in the e-C4 X. That’s larger than those in the MG 5 estate car (464 litres) and the Kia Niro EV (475 litres).

To further enhance its practicality, the e-C4 X’s boot has an underfloor cubby for storing the charging cables and a folding ski hatch in the middle rear seatback. This hatch allows you to carry items too long for the boot by running them through the centre of the interior.

In its pursuit of extra boot space, Citroën has stretched the e-C4 by around 240mm to make the 4.6m-long X. The coupé roofline has been replaced by a more traditional saloon shape, while the rear end has been given a more conservative redesign. Gone are the e-C4’s split rear lights and protruding boot spoiler, the former replaced by single-piece LED units and the latter by a subtle upswept tail. The front end of the X is unchanged compared with the regular e-C4. 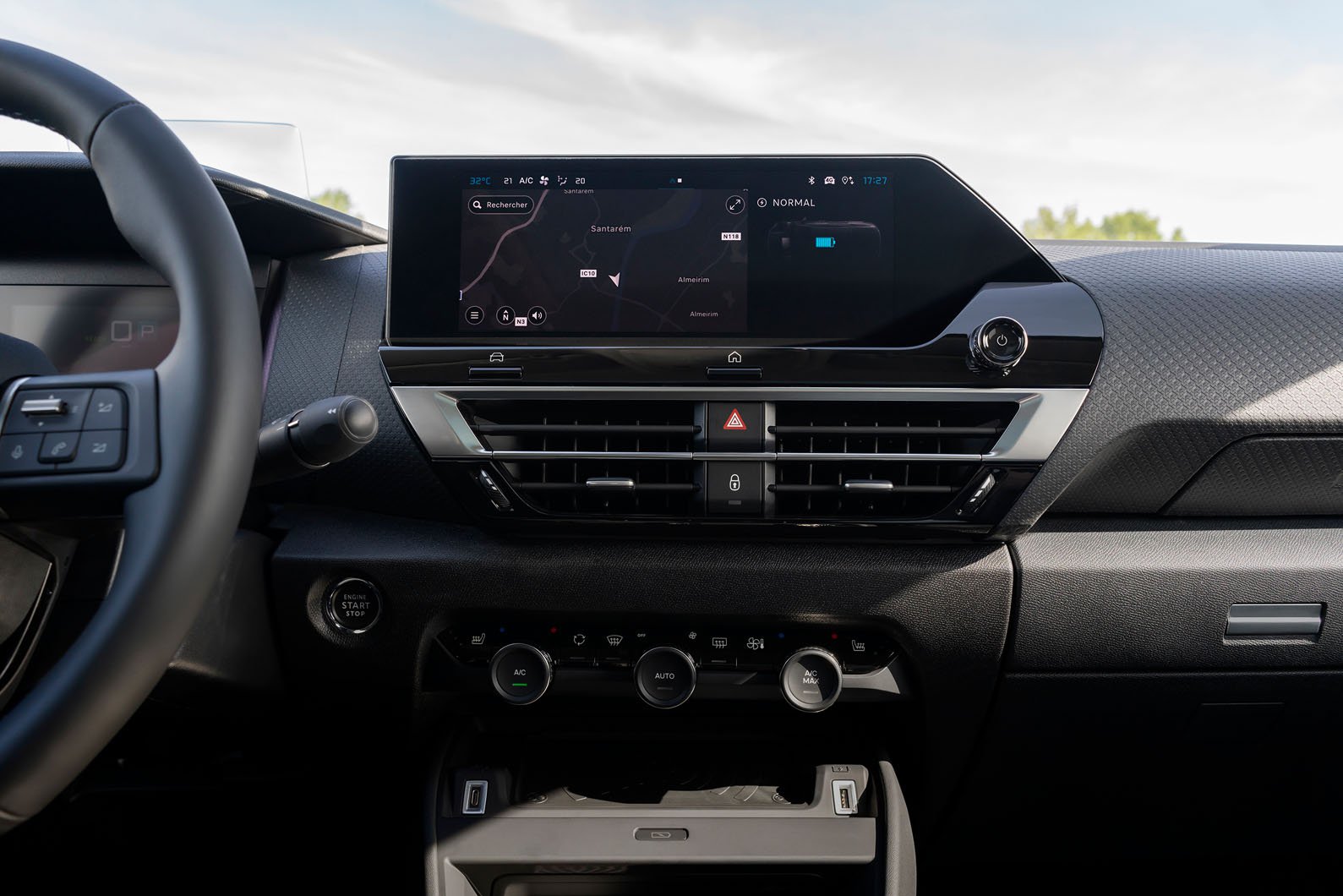 The new rear end doesn’t just boost practicality; it also increases the car’s official range by seven miles compared with the regular e-C4, from 217 miles to 224. This slight improvement should prove helpful in the real world, where we found the regular e-C4’s range to be closer to 140 miles.

The two models share their electrical underpinnings, meaning the e-C4 X gets a 134bhp motor and a 50kWh battery. It can recharge at rates of up to 100kW, meaning you can replenish the battery level from 10-80% in 30 minutes if you can find a suitably powerful public rapid charger. This is quicker than the Niro EV can manage – it’s capped to 72kW charging – and as fast as the similar-priced MG 5.

Where the e-C4 X falters compared with those models is in performance, dispatching 0-62mph in 9.7sec (in Sport mode). For comparison, the MG 5 Long Range will do it in 8.3sec. The Niro EV is quicker still at 7.8sec. 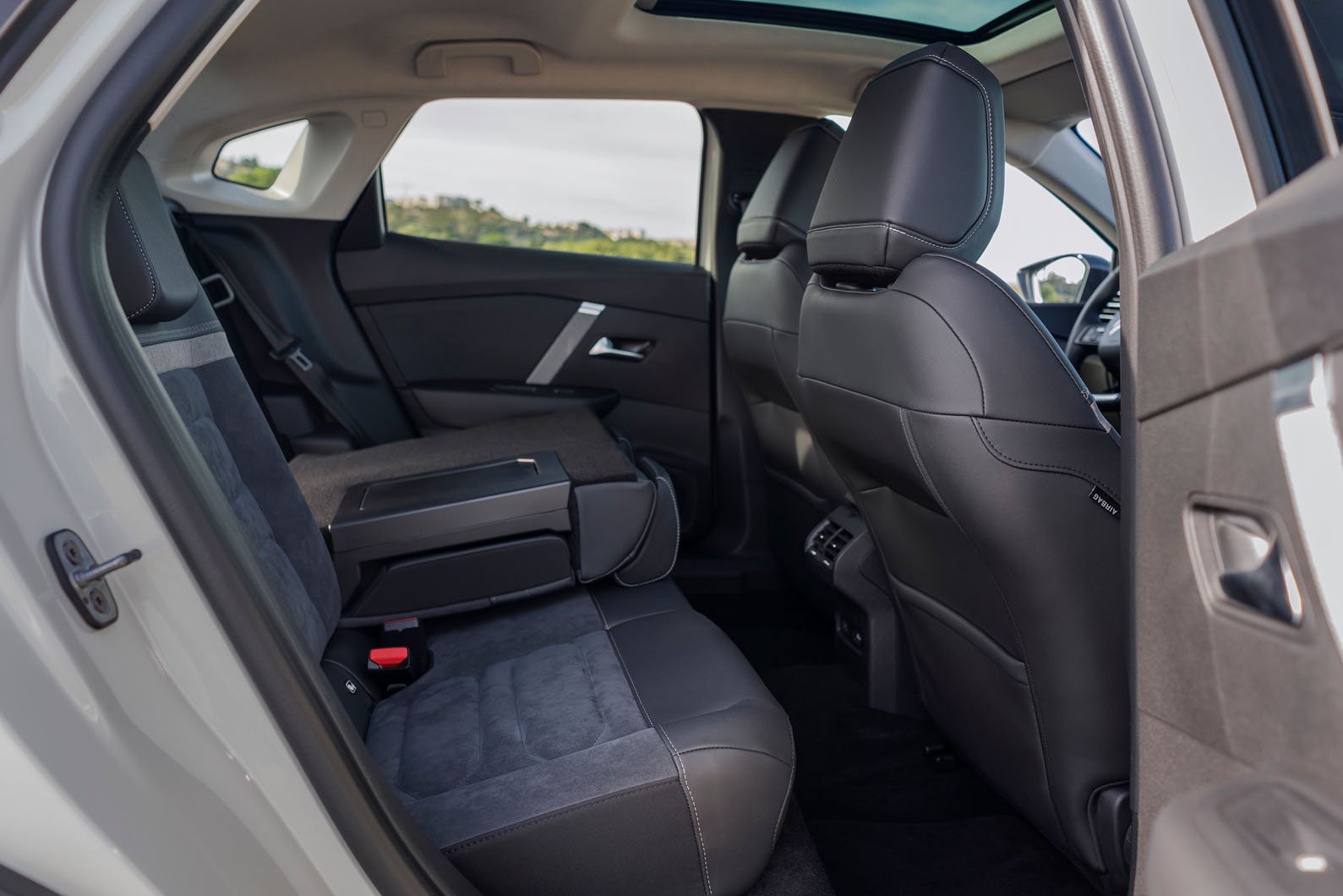 Although the regular e-C4 has petrol and diesel counterparts with power outputs between 99bhp and 153bhp, the e-C4 X will be available only in electric form in the UK.

The interior of the e-C4 X will feel familiar to anyone who’s seen the regular e-C4. You’ll find the same ‘Advanced Comfort Seats’ from the regular version; broader and more supportive than those in most rivals, if a bit lacking in side support through bends.

You also get the regular e-C4’s head-up display and digital instruments, plus its 10.0in infotainment touchscreen. This has been updated to run the new Citroën C5 X’s software, which isn’t as user-friendly as some rivals’ systems, but is visually crisp and fairly responsive to inputs. 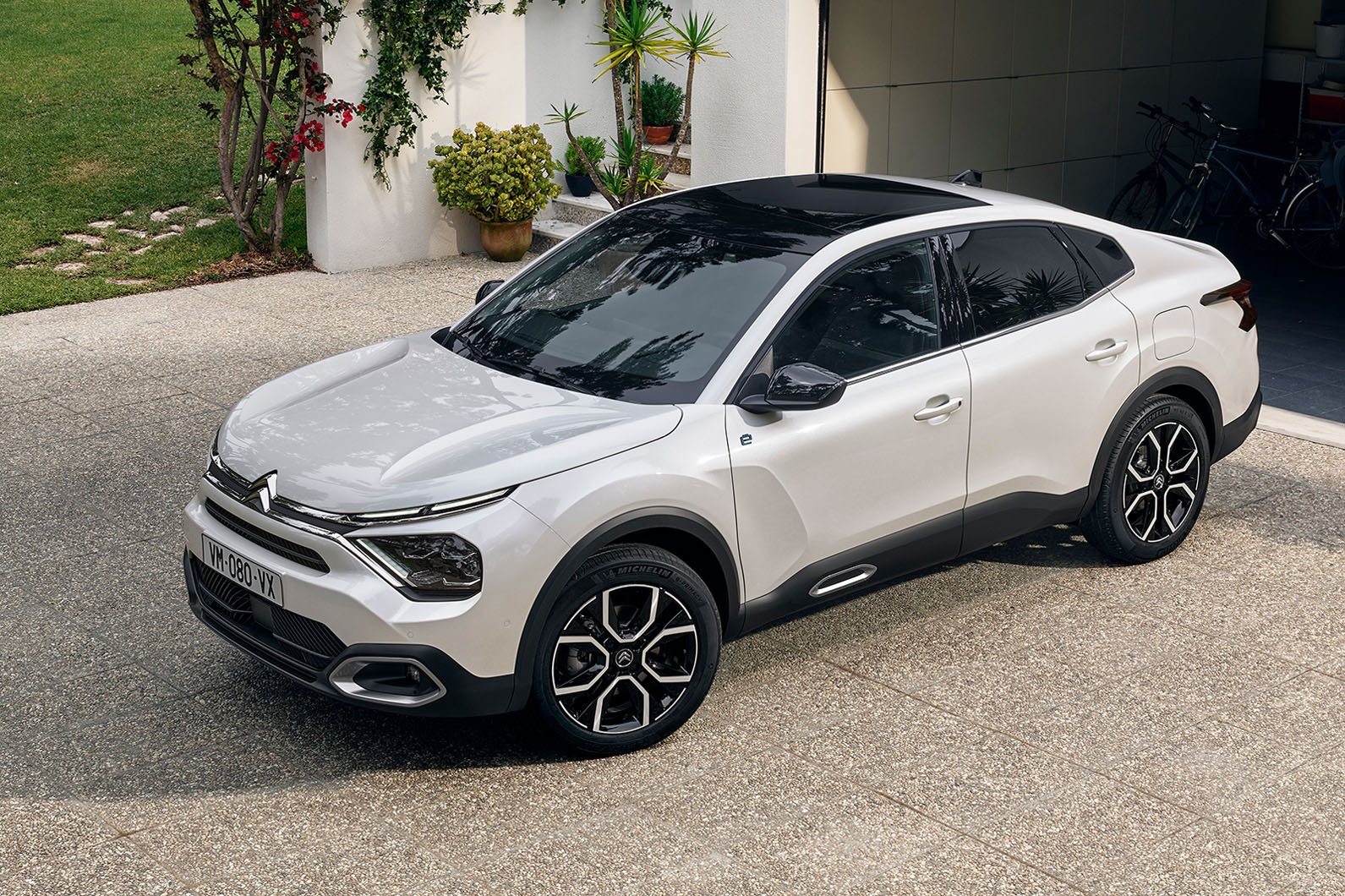 Optional extras include Alcantara suede seat trim, dual-zone climate control and a sliding panoramic glass roof with a sun blind. The front and rear seats can be specified with a heating function, while the former can also have a massage function added.