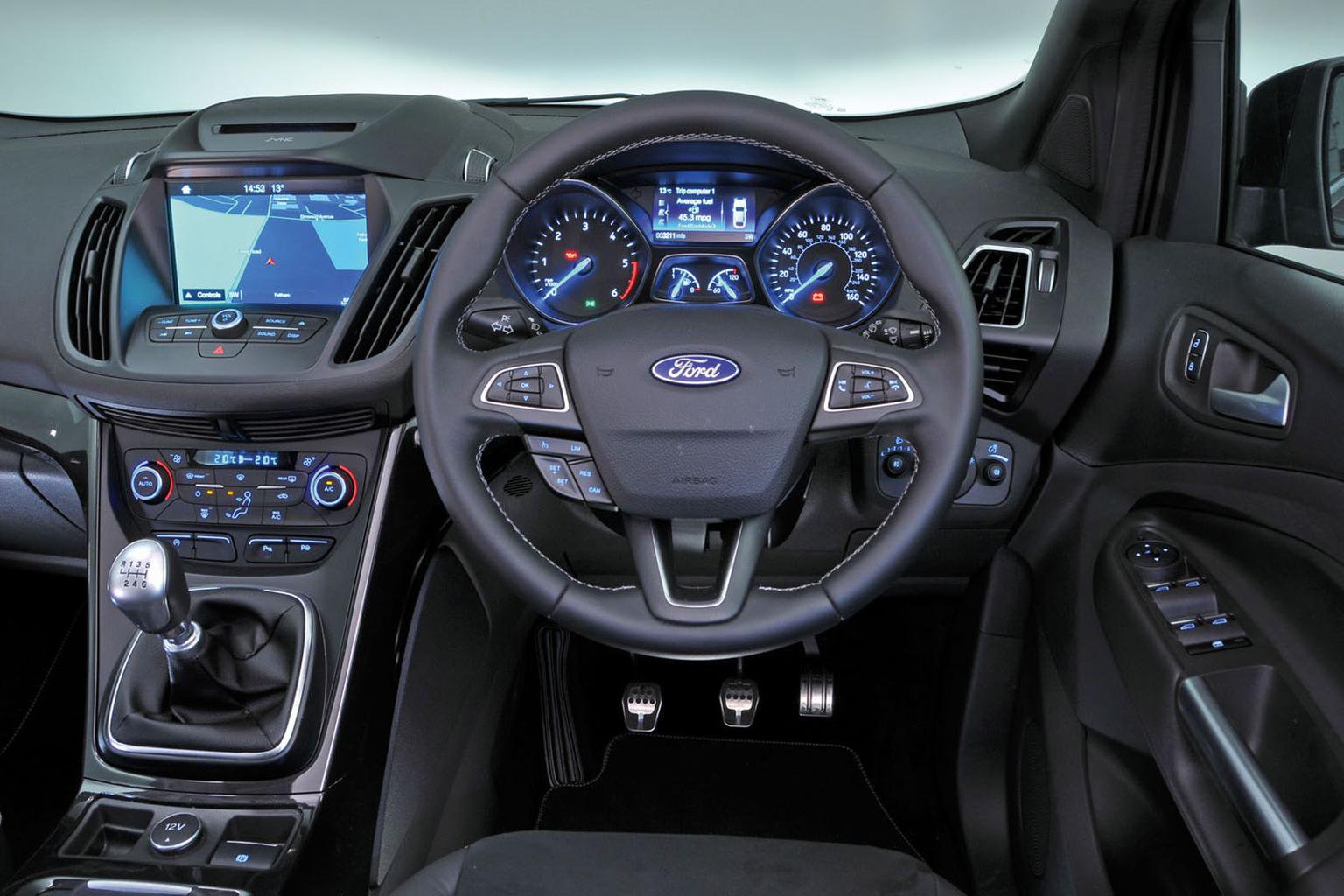 An elevated driving position is provided by all three contenders. However, you do feel slightly nearer terra firma in the Kuga, and that won’t appeal if you enjoy a penthouse view. The Kodiaq is the only one without adjustable lumbar support for the driver, although its seats do give a bit more shoulder support than the Kuga’s.

The CX-5 has the most comfortable and supportive seats and the best all-round driving position. True, its dashboard isn’t quite as user-friendly as the Kodiaq’s (the temperature controls are plonked behind the gearlever), but it’s the easiest car to see out of, especially when you factor in its standard reversing camera. 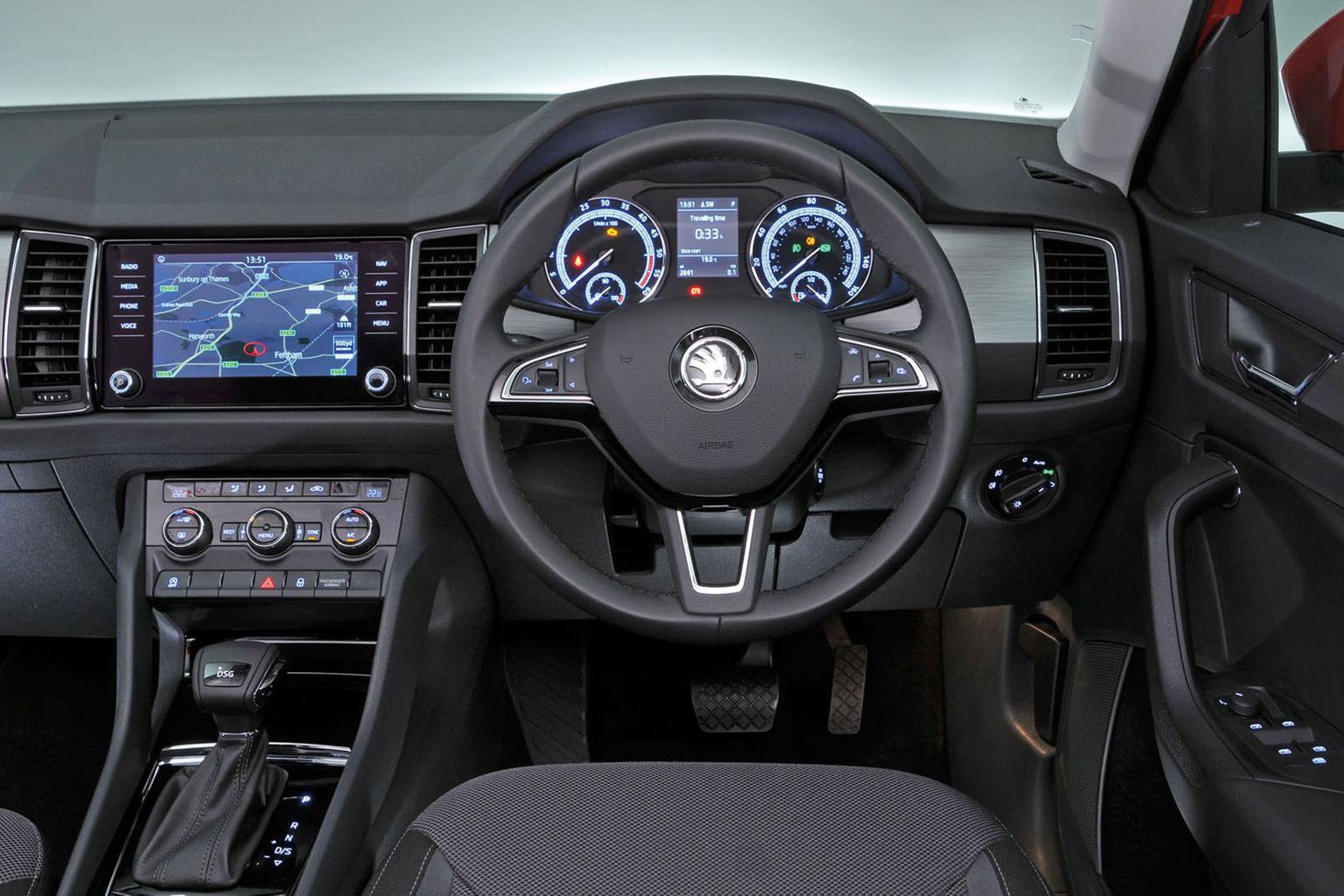 Interior quality was one of the previous CX-5’s biggest flaws, and it’s the area on which Mazda has worked hardest to improve. And it shows: the new CX-5 is much classier inside than the low-rent Kuga, which, frankly, looks and feels like a £15,000 car inside rather than one costing nearly £30,000. The Kodiaq, by a fraction, has the smartest and most solid interior.

It’s a far easier win for the Kodiaq when it comes to space and practicality. It has the most rear leg room by a stretch; anyone sitting in the back will feel like they’re in business class on an Airbus A380. That said, it’s not as though the CX-5 is cramped in the rear; even tall folk will have a sizeable gap between their knees and the back of the seat in front. The Kuga is much less accommodating, with the least leg and head room. Anyone much over 6ft tall will have to cower to fit, although our test car was fitted with a panoramic roof (£900), which probably didn’t help matters. 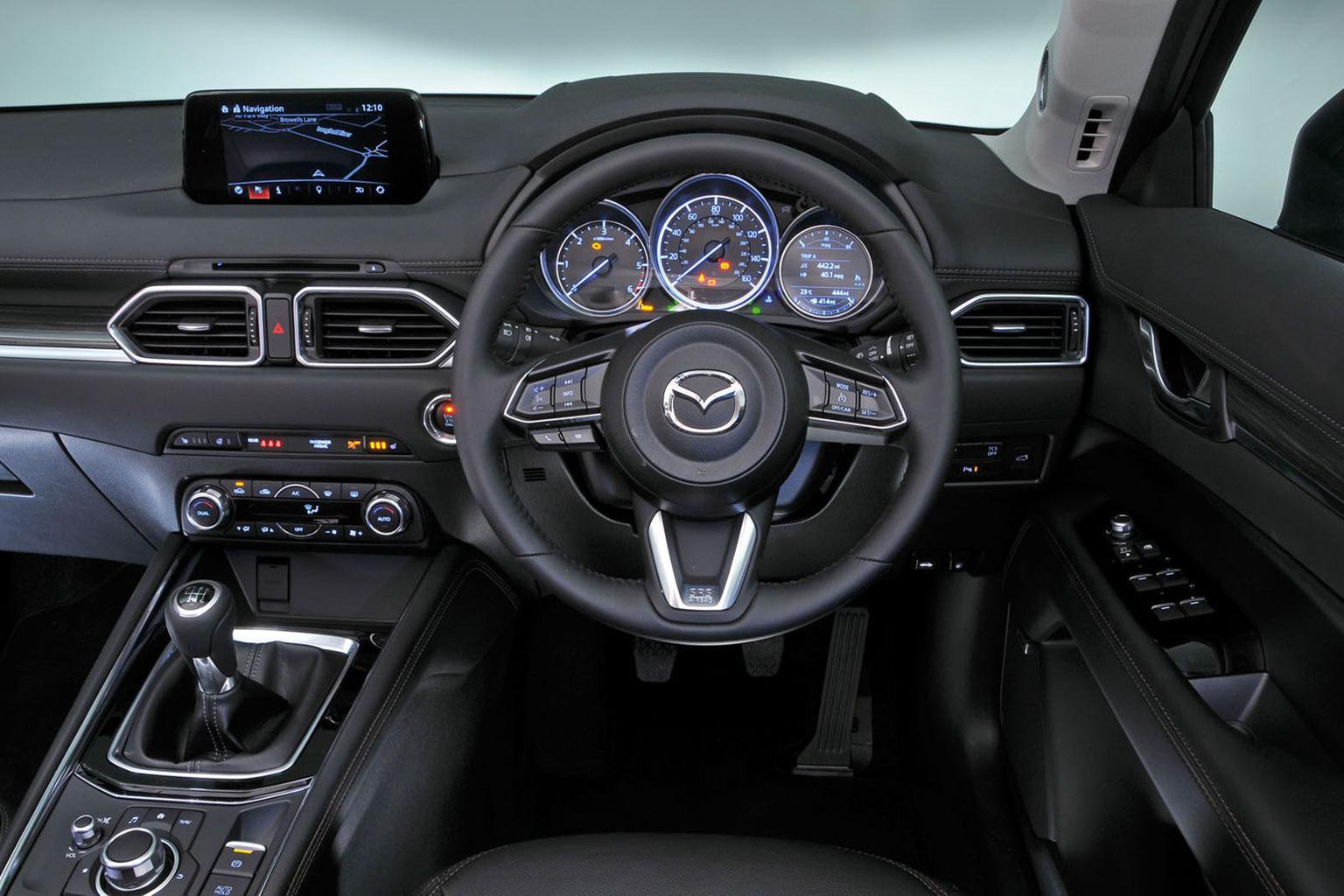 The rear seats in all three cars can be reclined to some extent, but the Kodiaq’s also slide back and forth, letting you choose between limo-like leg room and max boot space. You’re unlikely to need to slide the Kodiaq’s seats forward very often, though, because its boot is simply vast – easily the biggest here. The CX-5’s is fractionally wider towards the very back of the car, but it’s the shallowest of the three. The Kuga has the narrowest and shortest load bay and will ultimately swallow the fewest bags.

Folding down the rear seats is easiest in the CX-5, because you simply pull handles on the walls of the boot and the seatbacks drop of their own volition. This handy feature is also available on the Kodiaq (for £90), whereas in the Kuga you need to walk around to the side of the car.