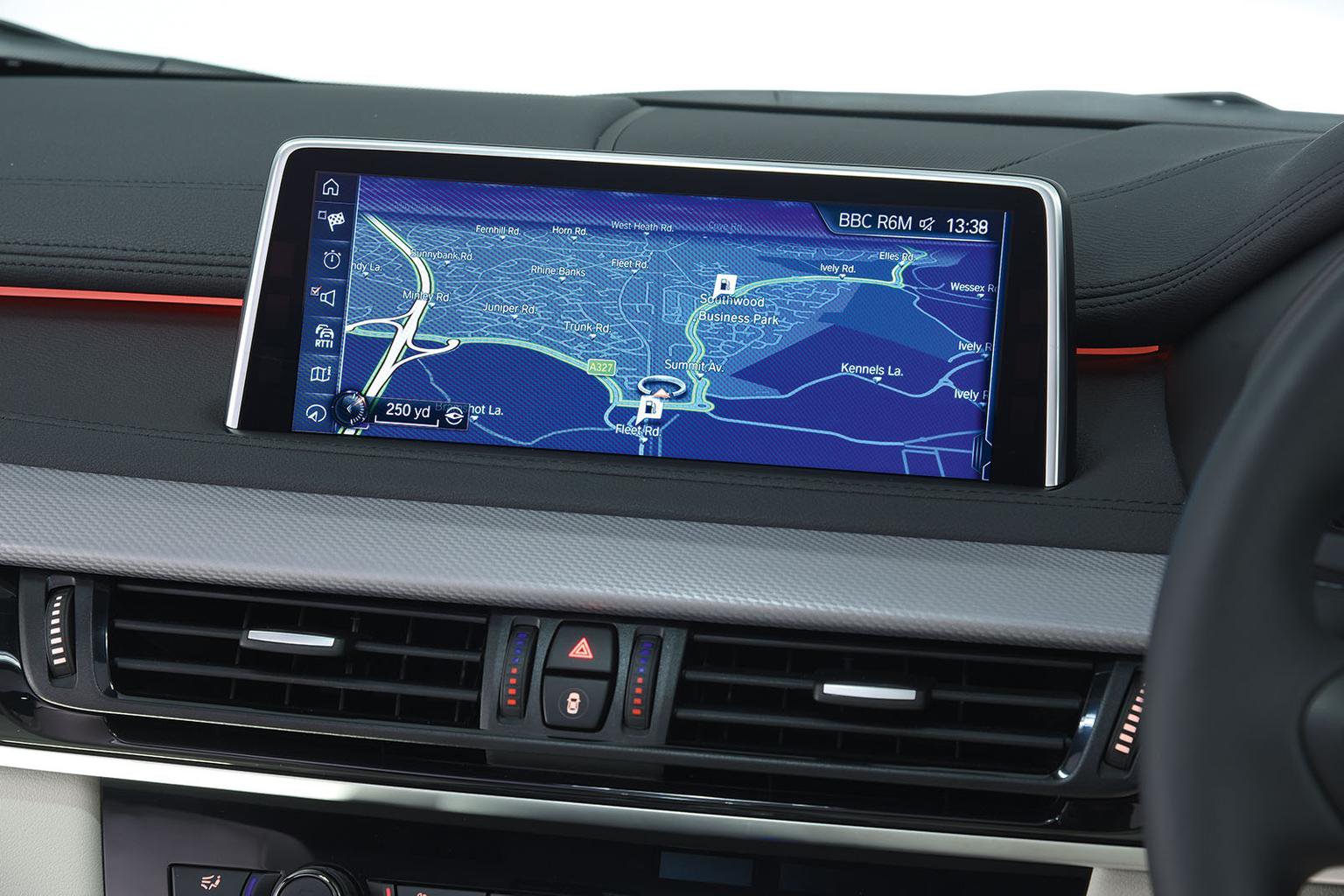 The X6’s iDrive system is controlled using a rotary dial and a selection of shortcut buttons between the front seats. Navigating the various menus is a doddle and the graphics on the 10.3in screen are super crisp. Wireless charging costs £470 (although not all phones are compatible), while twin rear entertainment screens are an extra £2310 – too pricey for us to recommend. 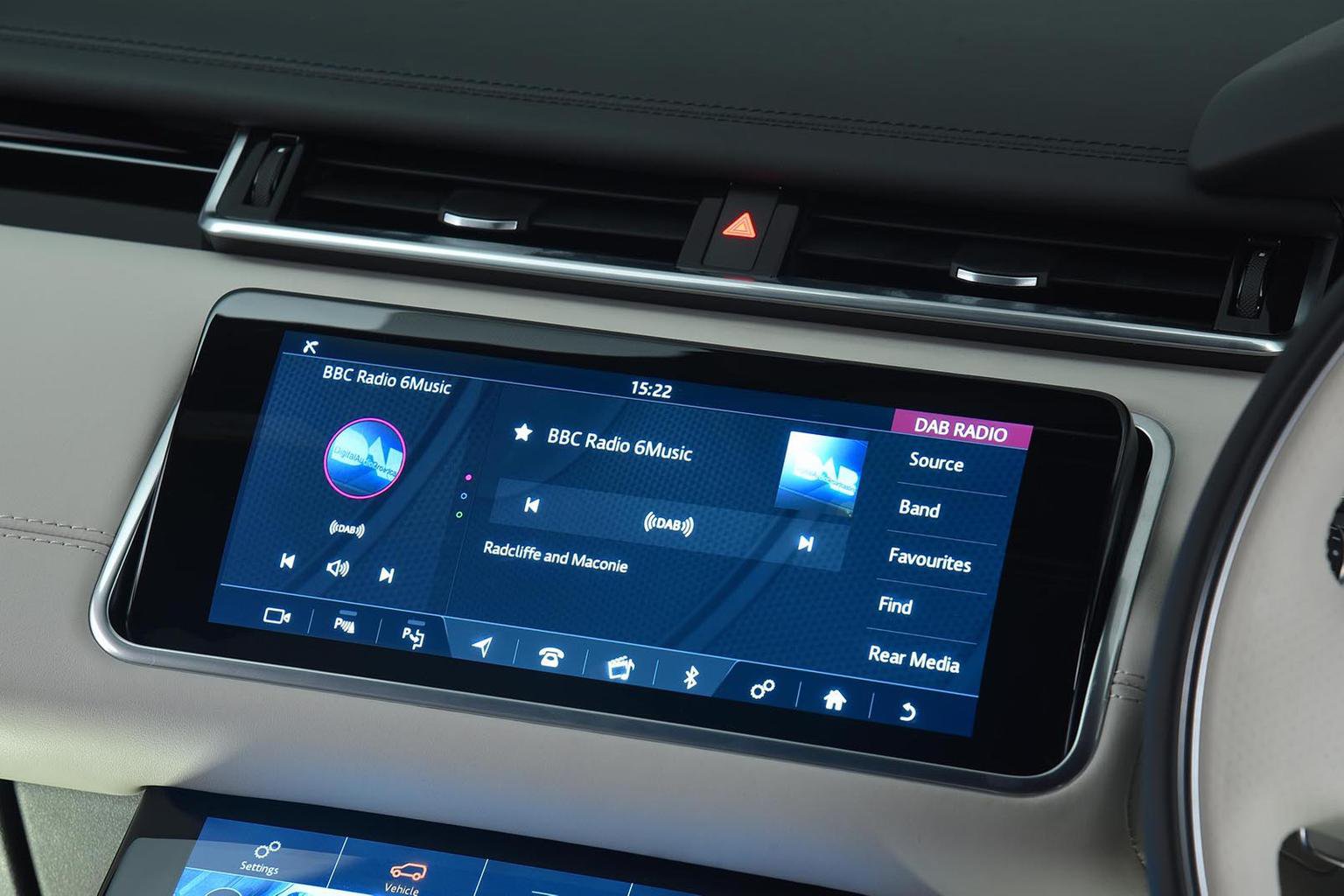 The Velar gets not one but two 10.0in touchscreens. The first, on the face of the dashboard, controls infotainment features and its angle can be adjusted. The second screen underneath takes care of driving modes and climate control. Both display crisp graphics and react reasonably quickly, but many of the icons are small and hard to hit accurately.