The petrol lineup starts with a 99bhp 1.2-litre turbo (badged Puretech 100). We haven't tried this in the latest 2008, but it's our favourite engine in the closely related 208 so it should be up to the job.

The 129bhp 1.2 Puretech 130 is the most popular engine, though, and it's a great fit for the 2008. It offers impressively flexible performance, meaning there's plenty of oomph when you put your foot down at low revs. It makes the eye-wateringly expensive 1.2 Puretech 155 seem pointless, especially since the latter still doesn’t have the straight-line pace to genuinely entertain.

Meanwhile, the 1.5 BlueHDi 100 diesel offers more low-rev pulling power than any of the petrols, so you don’t have to change up and down through the gears too often. It only really makes sense if you do seriously high miles or are planning to tow a small caravan, though.

The 2008 has relatively soft suspension that allows it to waft along A-roads and motorways very smoothly. However, around town it can struggle to deal with larger surface imperfections; hit a pothole and you'll feel a shockwave ripple through the car

The experience isn't too uncouth, but there's no doubt that the Volkswagen T-Roc and Skoda Kamiq are considerably more comfortable options.

Avoid range-topping GT Premium trim if ride comfort is a priority because it comes with relatively large 18in alloy wheels; lower spec models have smaller wheels and a smoother ride. 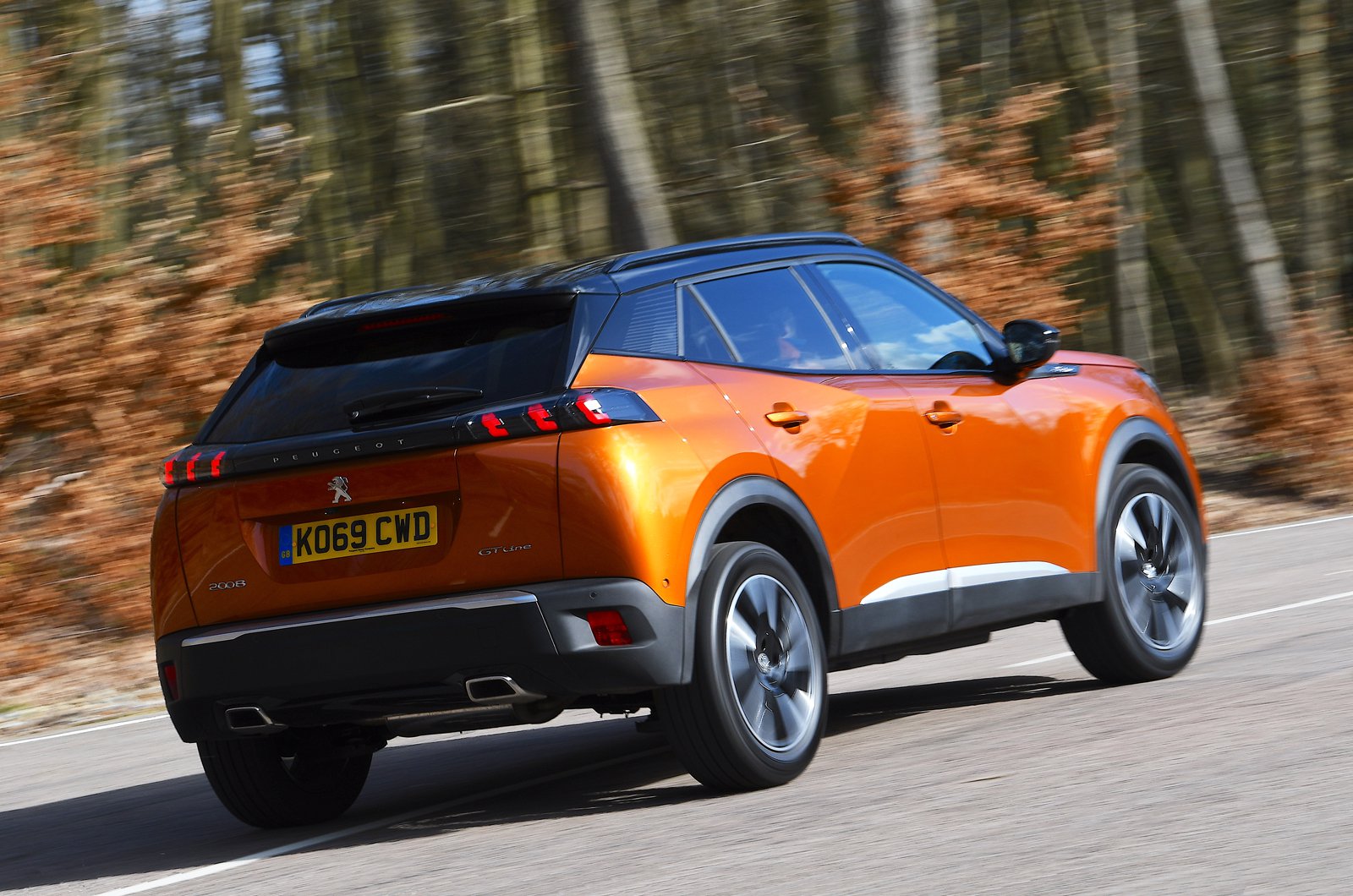 If you’re looking for country-road entertainment, the 2008 won’t do much to put a grin on your face. Indeed, the Audi Q2 and Ford Puma are much more agile and feel better tied down, plus they also have more communicative, naturally weighted steering. Still, the 2008 inspires more confidence through faster bends than the Citroën C3 Aircross.

In any case, when you're pottering around in urban environments, the 2008 behaves very well, thanks to its quick steering (you don't need to turn the wheel too much to get around tight corners) and relatively tight turning circle.

With smooth, hushed petrol engines and very little in the way of tyre roar, the 2008 is a pleasingly relaxing companion compared with most of its rivals. Only a bit of wind noise at motorway speeds blights an otherwise glowing report.

The six-speed manual gearbox doesn’t have the pleasant slickness of the 'boxes you find in some of its rivals, such as the Puma, T-Roc and Kamiq, but it's far from unpleasant to use. The automatic gearbox isn't very smooth, though, so there are better small SUVs to pick from if you don't want to change gear yourself.