The Polestar 2 offers a fundamentally good driving position; the pedals line up neatly with the steering wheel and seat, and there's a good range of electric adjustment for that seat, including for lumbar support (a memory function is available as part of a ‘Plus Pack'). That said, it could do with a bit more side support for hard cornering.

As a bonus, you can change the angle of the door mirrors or steering wheel swiftly via buttons, whereas the Tesla Model 3 requires you to delve into its centrally mounted touchscreen to do so – an unnecessary faff. And, while the Model 3 displays crucial information, such as your speed, on its central touchscreen, the Polestar 2 has a separate 12.3in digital instrument display right in front of you.

You might recognise the steering wheel and buttons from modern Volvo models, but the design and layout are different. The rising centre console leads up to an 11.0in touchscreen infotainment system that was developed with Android and, essentially, operates like Android Auto. Features such as Google Maps and Google Assistant, for natural speech voice control, are included as standard. You can't watch Netflix or play computer games, though, as you can in the Model 3, and, while the Polestar 2's system is very responsive, it's not as slick to look at or use as the Model 3's screen.

The main menu icons on the screen are big and easy to hit, but the individual app icons are a bit on the small side; as with all touchscreens, we would still rather have some physical controls to help make things less distracting on the move. Apple CarPlay will be added in the near future as part of an over-the-air update.

The optional 13-speaker Harman Kardon sound system (available as part of the Plus Pack) sounds rich, powerful and full of detail, although a little bass-heavy at times. 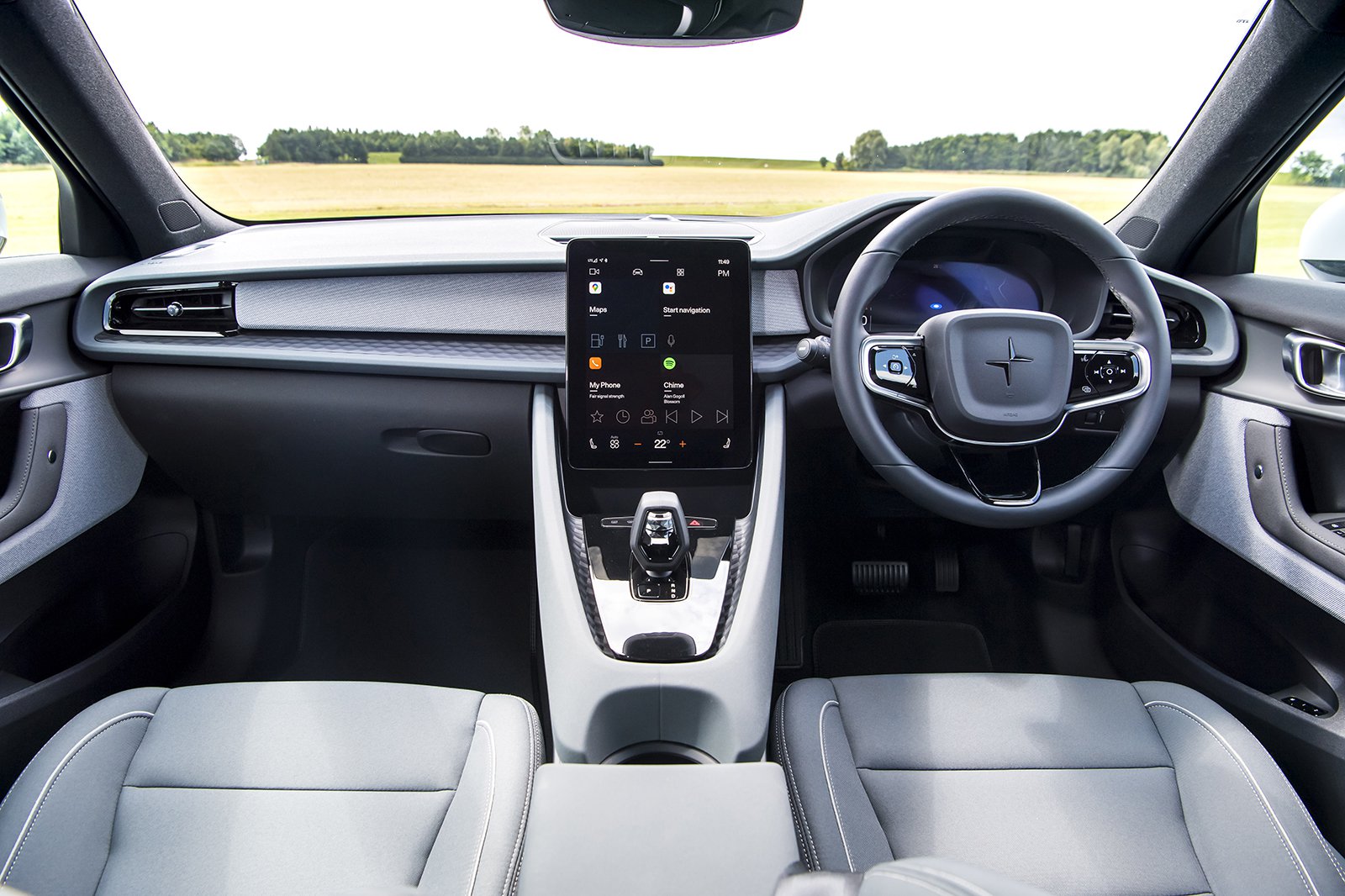