Space is not an issue up front; even tall drivers will have plenty of room, and there’s decent storage, including a couple of cup holders, a central cubby under the armrest, and slim door bins.

There’s a generous amount of leg room in the rear, too. However, while the standard panoramic glass sunroof makes the interior feel nice and airy, a six-footer sitting in the back will be less impressed that their head is touching the ceiling. In addition, a large hump in the floor makes life uncomfortable for a central rear passenger. The Tesla Model 3 is better in the rear, as are most other large electric cars, for that matter.

The Polestar 2’s rear seats fold in a 60/40 configuration and are dropped manually via pulleys in the seatbacks. It has a hatchback-style boot opening, as opposed to the Model 3’s saloon aperture, so loading long and bulky items should be easier in the Polestar 2, but its overall boot capacity is quite a bit smaller.

Under the rear boot floor there's some underfloor storage that's ample for charging cables, and there's another small boot under the bonnet up front. We say small because it won't fit a standard carry-on suitcase, whereas the front boot in the Model 3 will. 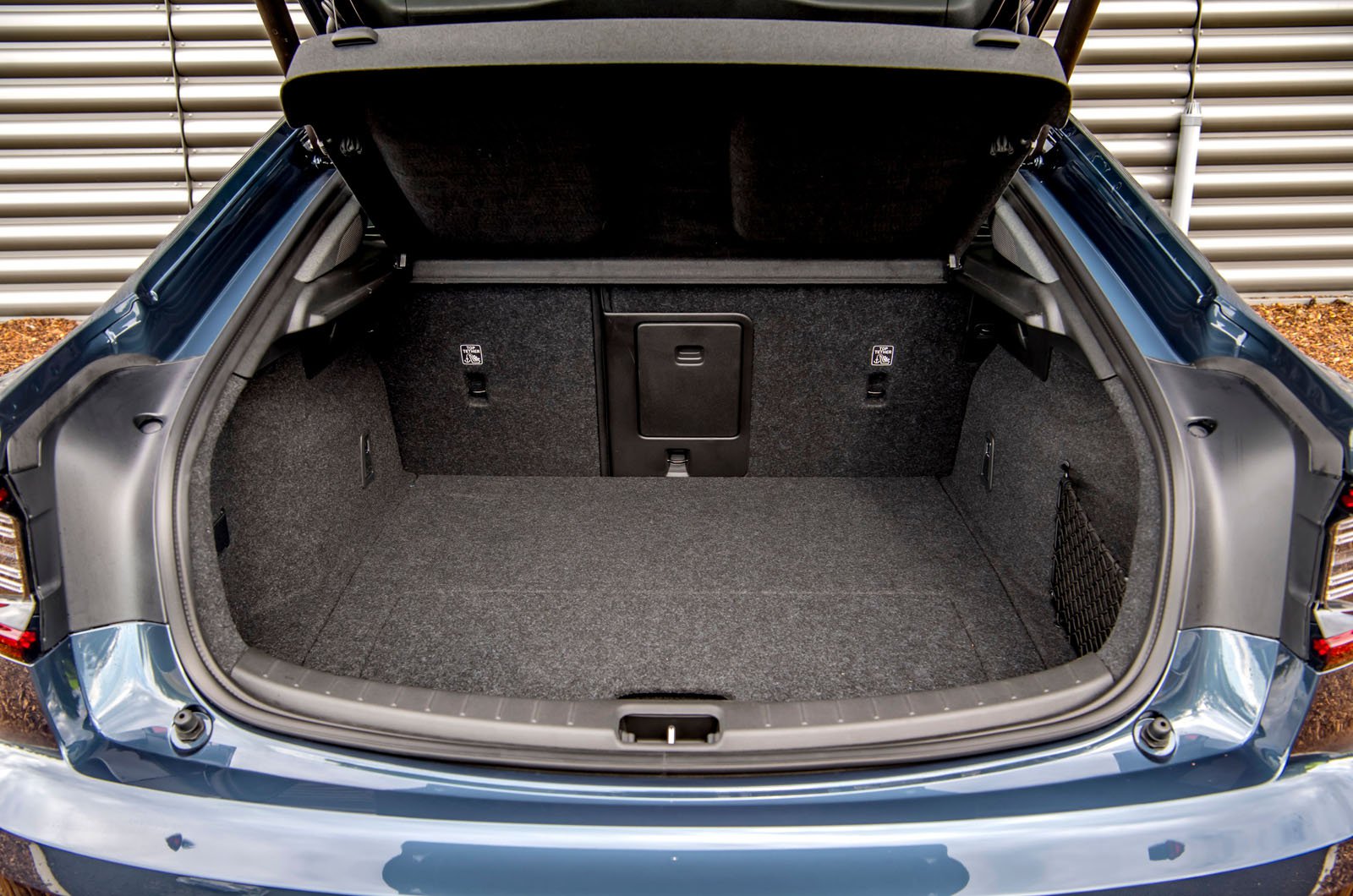 Lavish inside and extremely hushed, but the range be...