The Toyota Land Cruiser gets a relatively large 201bhp 2.8-litre diesel engine so you might expect it to be quite sprightly, but sadly it’s not. If you go for the manual, the 0-62mph time is a lengthy 11.2sec, while the automatic takes 9.9sec.

While that makes the automatic swifter than the equivalent Ssangyong Rexton, the entry-level D200 Land Rover Defender is just as quick, and has more low-rev grunt than the Land Cruiser, giving it a sense of effortlessness off the line the Land Cruiser can’t match. There are also a number of cheaper seven-seat large SUVs – the Skoda Kodiaq and Land Rover Discovery Sport D200, for example – that are easier to get up to motorway speeds.

The Land Cruiser’s handling feels miles behind newer, nimbler large SUVs. If you drive the BMW X5, Discovery Sport or Kodiaq, you’ll be impressed by those cars dynamics, whereas the Land Cruiser drives like the SUVs of old.

The slow-witted steering lacks feel, and there’s lots of body lean, even in top-spec Invincible form, which has active anti-roll bars designed to keep it more upright through bends. It could also do with more grip, as the tyres squeal for mercy when you try to drive at anything more than a moderate pace down a twisting country road.

Although the Land Cruiser has an old-school body-on-frame construction, its suspension is at least fairly modern, and is slightly more forgiving now than it has been in the past. It doesn’t come close to the low and high-speed comfort of a Kodiaq or long-wheelbase 110 Defender, but it’s far more compliant than the jarring ride of a Rexton.

Range-topping Invincible models come with adjustable rear air suspension, which helps keep the car level when it's loaded up or is towing something. It’s nowhere near as flexible as the full air suspension system found on a Defender, which can raise and lower the whole vehicle. While the Land Cruiser has a water wading depth of 700mm, the Defender manages 900mm.

You still get full-time four-wheel drive, and low and high-range gear ratios on all versions, so it can get to places many SUVs can’t. A rear differential lock is standard on Invincible models for extra traction in tricky conditions. The Land Cruiser has a towing capacity of 3000kg, which is a lot more than most SUVs, but a Defender can lug around even more at 3500kg. 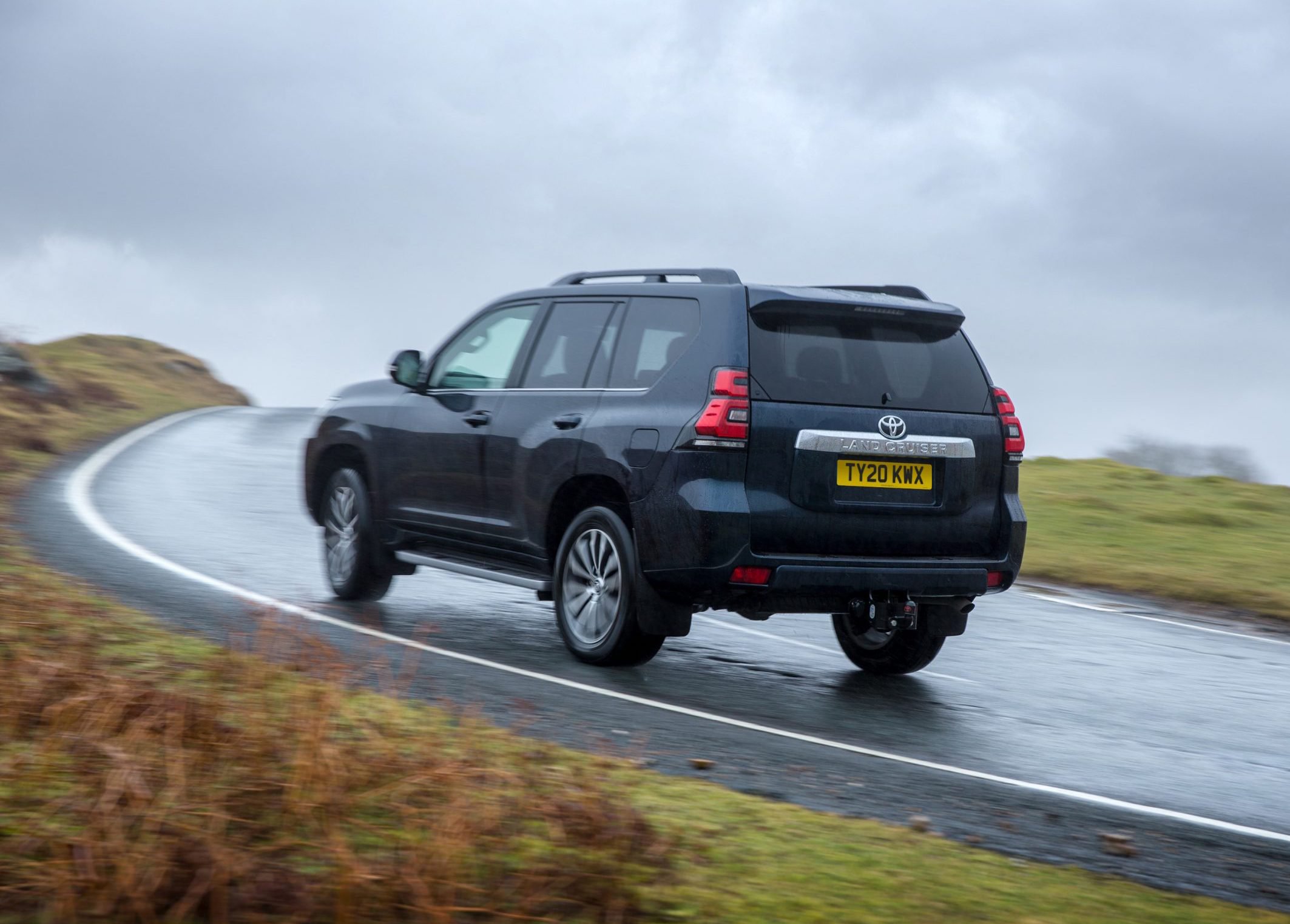