There’s a simple choice between one petrol and one diesel engine in the Mokka X, and the 138bhp turbocharged 1.4-litre petrol is the one to go for. It delivers its shove over a sufficiently wide range of revs, so the car feels as comfortable around town as it does on cross-country drives. The fact it generates plenty at low revs means you don’t have to change down a gear too often along hilly routes.

The 134bhp 1.6-litre diesel is less impressive: it pulls harder between 2000rpm and 3000rpm but has a rather inconsistent power delivery. Put your foot down and there’s a short delay while you wait for the turbocharger to kick in, and the extra pace it provides is short-lived. What's more, it forces you to change gear more often to keep the engine in its sweet spot.

Ride quality isn’t a strength of the Mokka X. It fails to settle over broken surfaces even at low speeds and feels wallowy when going over speed bumps, while potholes send nasty jolts through the interior.

These are traits that make the Mokka X one of the least comfortable small SUVs. Try the Volkswagen T-Roc and you’ll find it rides much more smoothly over Britain's typically scruffy roads. It’s the same story with the Seat Arona, Renault Captur and Suzuki Vitara: all are more composed over rougher surfaces and more controlled over speed bumps and the like.

On top of the bumpy ride, the Mokka X isn’t particularly good at going around corners, either. The problems start with its steering, which is overly light and gives you little indication of what the front wheels are doing. That issue is compounded by quite a lot of body sway through tight twists and turns; the Volkswagen T-Roc is far more agile and confidence-inspiring.

At least the light steering makes the Mokka X easy enough to thread through town and manoeuvre into parking spaces. 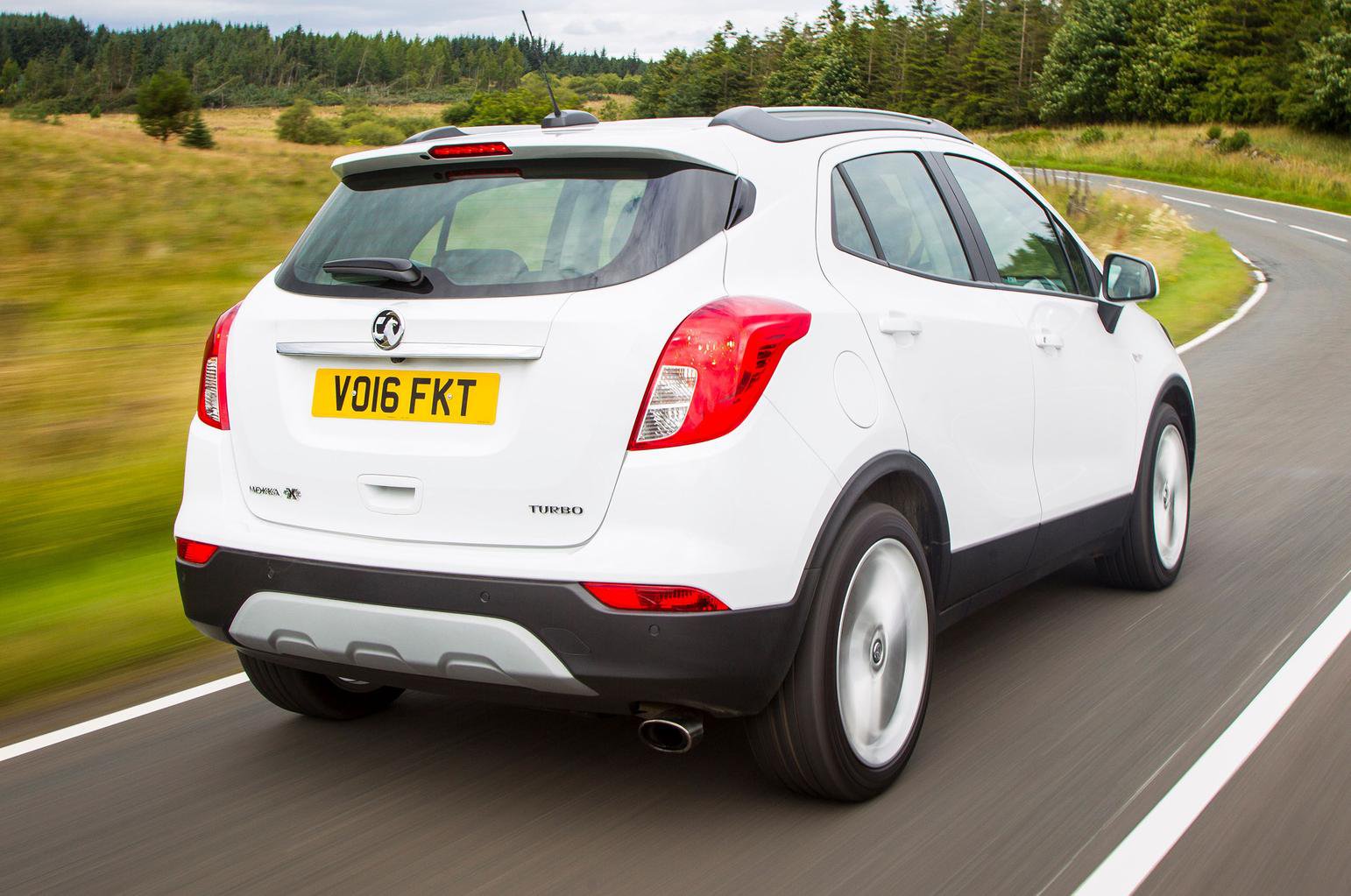 For the most peaceful progress, you want the 1.4-litre turbo petrol; the diesel is noisy when idling and becomes even louder as the revs rise. It also sends a fair bit of vibration through the steering wheel and pedals.

Refinement continues to disappoint on the motorway. The Mokka X’s large door mirrors kick up a noticeable amount of wind noise above 50mph, while road noise is an issue on most road surfaces, too.

It’s worth noting that the clutch is also quite stiff, so the Mokka X isn’t the easiest car to drive smoothly in stop-start traffic. Speaking of which, the standard six-speed manual gearbox can catch you out, because its shift action, particularly when changing from second to third gear, is quite notchy. The petrol engine is available with an automatic gearbox that's smooth enough but doesn’t respond particularly quickly when you press the accelerator hard.