So, just how fast is the Volkswagen Golf R? Well, in our tests, the hatchback managed to sprint from 0-60mph in just 4.3sec – faster than the Audi S3 and BMW M135i on the same day. The estate version, despite the weight of its extension on the back, did the same sprint in 4.4sec.

To help it achieve that time, a launch control system is standard. This is essentially a computer that makes it super-easy to get the perfect getaway every time, no matter what your skill level. And because the Golf R has four-wheel drive, there’s plenty of traction in the sort of slippery conditions that the cheaper front-wheel-drive Golf GTI and Hyundai i30 N would struggle in.

The Golf R Estate rotates just as well, if not better, than the hatch because it has a more evenly split weight distribution due to its elongated boot area adding more weight to the rear. If that sounds scary or intimidating, it really isn’t – it just adds another layer to the driving experience. Mind you, the GR Yaris is a rawer and altogether more thrilling drive, and has steering that gives you a more natural sense of connection with the road.

The Golf R can carry a similar amount of speed through corners as the mechanically similar S3, and noticeably more than the M135i. That’s partly because the M135i has less sticky tyres, but also because the Golf R’s body control is better during really quick changes of direction.

So far, we’ve sampled the Golf R with standard springs, 18in wheels and the optional adaptive suspension (DCC in Volkswagen speak).

The standard set-up provides excellent body control and a perfectly agreeable ride for a hot hatch that avoids feeling harsh over potholes. With the adaptive system switched to its most comfortable setting, there's extra suppleness and it's a little more forgiving at town speeds than a similarly equipped S3.

Whether you tick the adaptive suspension box or not, the Golf R is a car you can use every day without fear of ending your journey feeling bruised and battered. It’s even a reasonably hushed cruiser on the motorway. 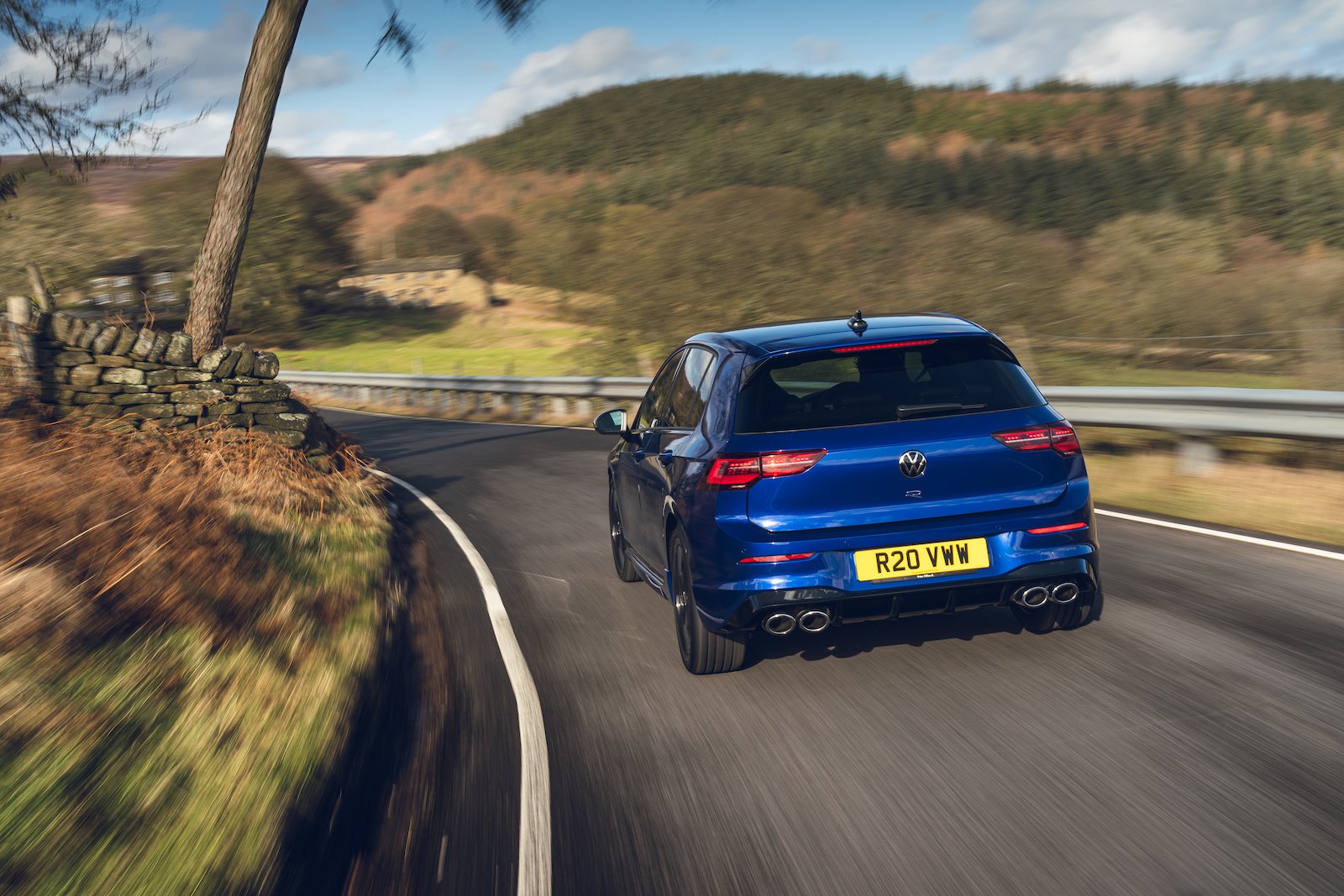