Cheaper versions of the Volkswagen ID.3 that compete with the Mazda MX-30 and Renault Zoe qualify for the Government's electric car grant. The grant also applies on Life versions of our favourite Pro Performance 58kWh battery, which is available for a similar price to the Nissan Leaf 62kWh. The range-topping Pro S 77kWh model is priced in line with pricier versions of the Kia e-Niro and the entry-level Tesla Model 3 Standard Range Plus. In effect, there is an ID.3 for everyone.

As an electric car, the ID.3 will save you a heap of cash over a petrol or diesel, not just in fuel costs but also in company car tax. Current tax breaks mean benefit-in-kind (BIK) tax will be extremely reasonable for at least the next few years. The ID.3 should look after private buyers too, thanks to seriously slow predicted depreciation, and strong resale values mean competitive PCP finance rates.

The ID.3 has the ability to fast charge at up to 100kW (125kW for the top model). That should be enough to get the mid-range 58kWh battery from a 10-80% charge in around 30mins, which is faster than the Leaf and Zoe. Most service stations chargers are 50kW, though, so you'll be waiting for around 60mins to go from a 10-80% charge. With a 7kW home wall box, you’re looking at empty to fully charged in around nine hours.

The Model 3 can charge even faster, and Tesla's Supercharger network is the best at the moment in terms of reliability and proliferation.

Despite being one of the lowest trim levels, Life is sufficiently well equipped to make it the one we’d go for. As standard, you get a multifunction steering wheel, heated front seats, a heated steering wheel, adaptive cruise control, power-folding door mirrors, the front and rear parking sensors and the 10in infotainment system. Business trim adds illuminated door handles, tinted rear windows and keyless entry and start.

Stepping up to Family trim introduces some particularly useful kit including two-zone climate control, while Tech trim adds a head-up display and an extra driver assistance kit. Max trim gets all the goodies, including adaptive suspension and progressive steering as part of a Sports pack but it’s very expensive, as is Tour trim, which is only available with the largest battery.

There are not many options to choose from, but you might want to consider a three-pin charging lead just in case you’re ever caught short away from a charging point. 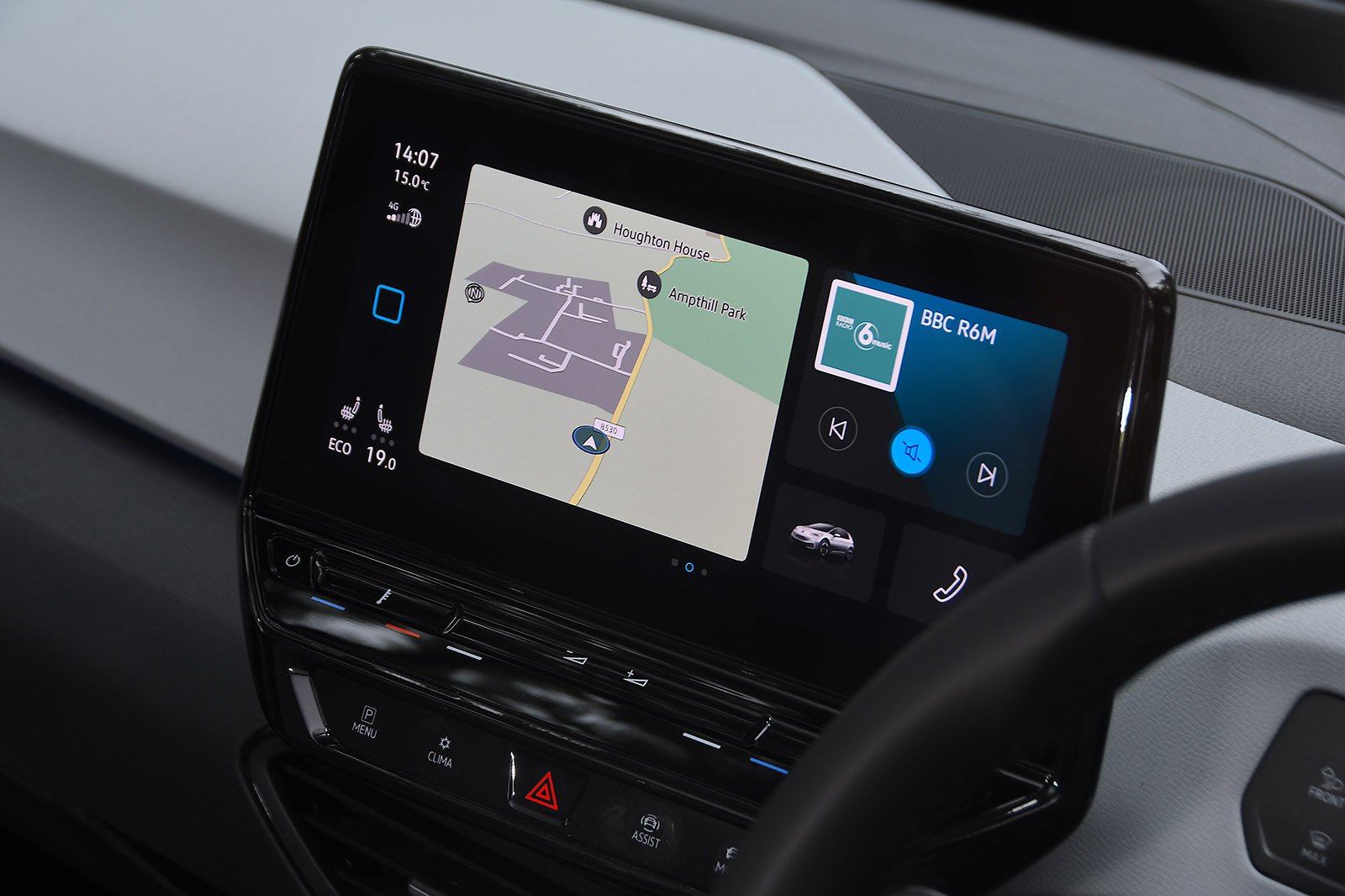 We don’t have any reliability data for the ID.3, and there’s not even anything similar to go on as a pointer in VW’s 'back catalogue' of electric cars.

Volkswagen as a brand finished a relatively lowly 20th out of 31 manufacturers in the 2020 What Car? Reliability Survey. That puts it behind other manufacturers that make EVs, including Honda, Hyundai and Kia, but above Nissan, Peugeot, Renault, Tesla and Vauxhall.

The ID.3 scored a full five stars when it was tested by Euro NCAP but it didn’t perform quite as well as the Tesla Model 3 when it came to protecting the driver’s chest in the event of a frontal collision. The Tesla gaining a ‘good’ rating compared with the ID.3’s ‘marginal’.