When you step up into the Volkswagen Multivan, you'll find that it's easy to settle into a comfortable driving position. Aside from a steering wheel that, in typical van fashion, is angled away from you a touch too much, the seat itself gets height adjustment and standard electric lumbar support.

There’s plenty of under-thigh support to keep you comfortable on long drives, plus you get fold-down arm rests on both sides of the driver’s seat. Style trim is trimmed in a microfleece material that's particularly soft.

The trouble is this infotainment system isn’t as easy to get on with as the older Volkswagen infotainment set-up found in the VW Touran. The row of touch-sensitive controls for both the air-con and volume controls aren’t even illuminated, making it awkward to use at night.

A digital driver instrument cluster is standard, and range-topping Style has a fully configurable display that can be easily operated through buttons on the steering wheel. That makes up for some of the infotainment system’s shortcomings, and also gives the Multivan a far more modern feel than MPVs that are still using analogue dials and tiny LCD displays – the Ford Tourneo Custom and the Proace Verso, for example.

Neither of those rivals is available with the LED headlights you get on the Multivan, either. Style trim upgrades then to matrix LEDs, which adapt the main beam pattern to avoid dazzling other drivers.

The Multivan’s standard sound system is decent enough, but you can upgrade it to an 840-watt 13-speaker Harman Kardon set-up at a cost. 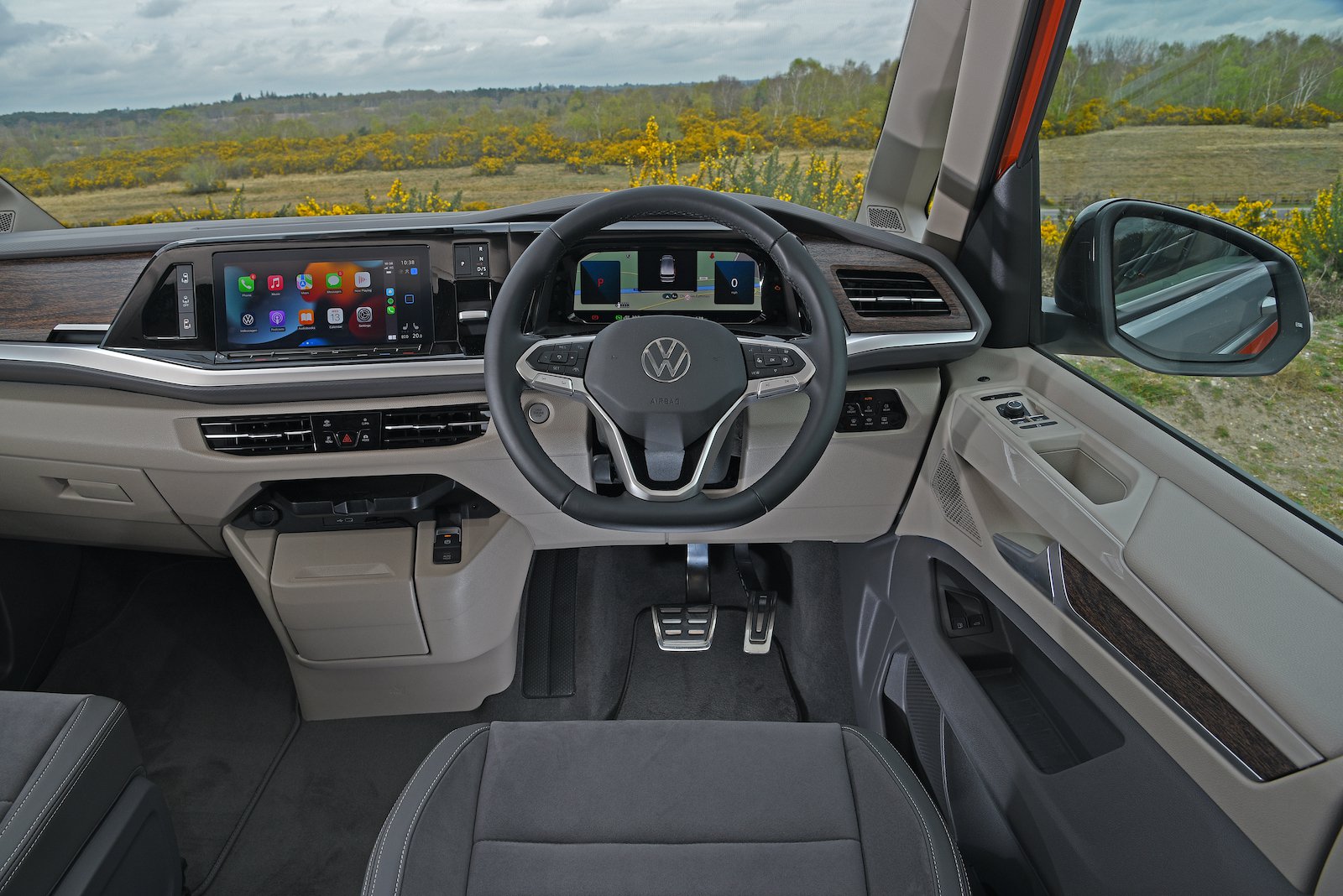