You’re unlikely to notice much of a difference between the Volvo C40 and the Volvo XC40 Recharge when you're sitting behind the wheel. The C40’s front seats are comfortable, and the range of adjustment (including lumbar support) makes finding a comfortable set-up a cinch.

The C40 gets the latest Volvo driver instrument cluster, with clear graphics and a design that's easy to read at a glance. It can show a simplified dial layout or a map with navigation instructions. Oddly for an electric car, the display only shows battery life as a percentage, and not as a real-time range counter. You either have to ask Google Assistant for the figure, or look over to the Range Assistant app on the main screen.

Unfortunately, the car has thick side pillars, a shallow back window, big rear pillars and large head rests that conspire to create a chunky blind-spot and make rear visibility poor. All that makes the standard-fit rear parking sensors a necessity, rather than just a nice thing to have.

Mid-spec Plus trim gets front sensors and a rear-view camera, too, which helps make it our favourite trim. The Q4 Sportback e-tron is easier to see out of thanks to the larger amount of glass fitted around its rear pillars. 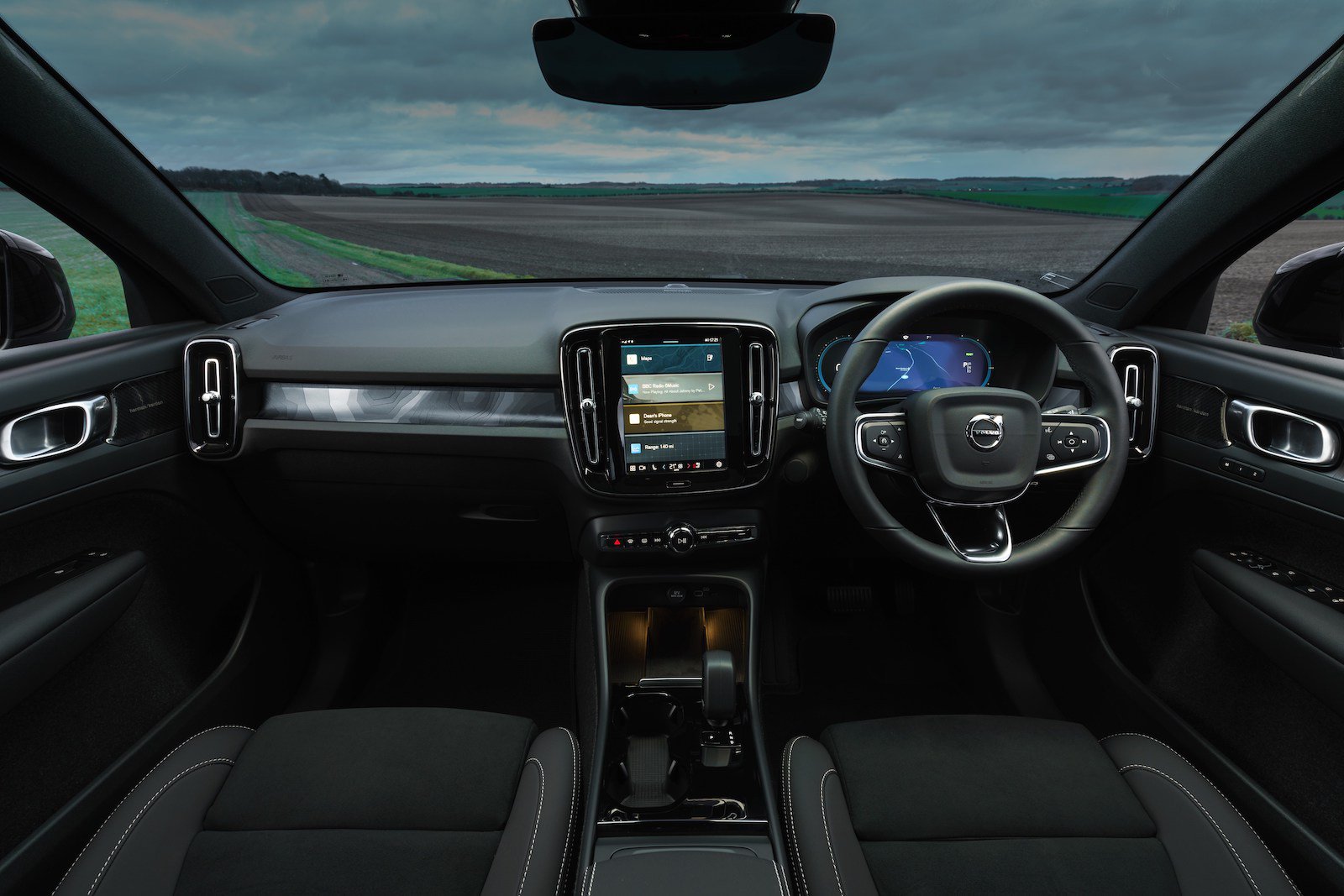 The C40 comes with a 9.0in tablet-style touchscreen with Google software. There’s no smartphone mirroring at the moment (Apple CarPlay is coming in an over-the-air software update) but you can download apps you would use on your phone straight to the car instead. A DAB radio, wireless phone-charging and Bluetooth are also included.