Getting in and out of the front seats is easy because the A4 has wide door apertures and low sills. Once inside you’ll find plenty of head, leg and elbow room, so you're unlikely to feel cramped unless you’re remarkably tall. Only the extremely big cars in the class, like the Skoda Superb, feel noticeably bigger.

You get plenty of interior storage, too, including a tray under the adjustable armrest, two cupholders in front of the gear lever, and sizeable door bins with recesses big enough to hold a 1.0-litre bottle of water.

Again, access to the rear seats is decent thanks to wide-opening doors and low sills. There’s enough room in the back of the A4 to accommodate a couple of six-footers reasonably well, but it falls short on rear space compared with the Volkswagen Arteon, the Volkswagen Passat or the giant Skoda Superb. If your focus is on the premium marques, it doesn’t have quite as much rear-seat room as the rival BMW 3 Series, either.

Life isn't particularly comfortable for the central rear passenger because there's a large floor hump to straddle, but that's the same story in most of its rivals.

Storage amenities come in the form of door bins that will each take a 1.0-litre bottle of drink. However, you’ll need to add the reasonably priced Storage Pack if you want nets on the backs of the front seats and cupholders in the central armrest – items that most of the competition includes as standard. 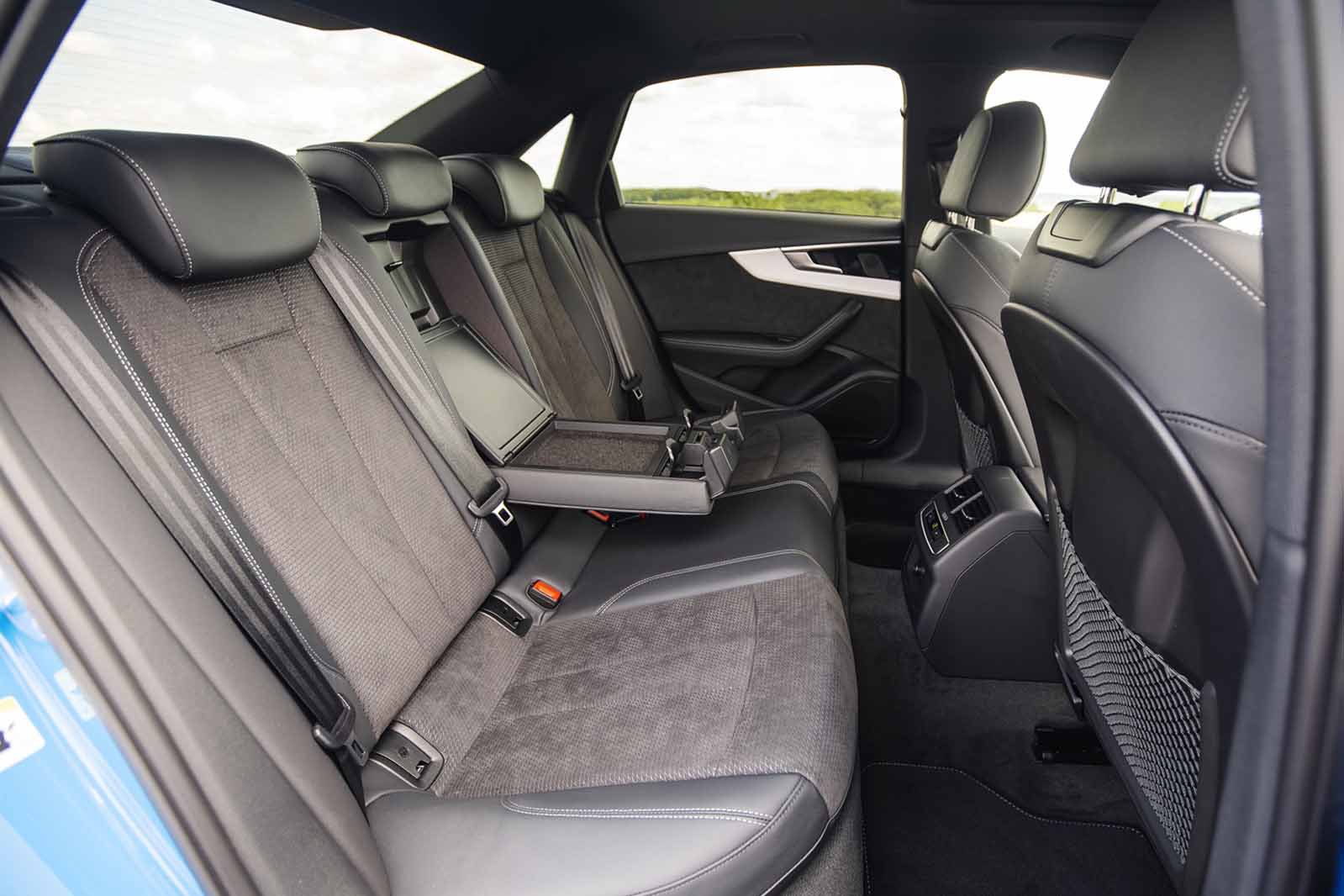 Like most of its rivals, the A4 comes with split-folding rear seats as standard, but, unlike many of those cars, its rear seats are divided into convenient 40/20/40 sections, as opposed to the more common 60/40 arrangement. It means that you can fold the middle backrest to load long items while still carrying two passengers easily.

The front passenger seat is height adjustable and comes with four-way adjustable lumbar support as standard on all trims.

The A4’s boot is par for the course in the executive class. Being a saloon, its narrow opening restricts access just as much as it does in most rivals, but you’ll find a load bay that's almost identical in size to the 3 Series's and is squared off nicely.

You’ll easily be able to fit a couple of sets of golf clubs and we squeezed in seven carry-on suitcases without dropping the rear seats. Don't forget you can buy the A4 Avant (estate) if luggage capacity is your key priority, while the Skoda Superb is the best bet for boot space – if you can live without the premium badge.