The SQ5 is just as roomy inside as the regular Audi Q5 on which it's based. That means there’s no shortage of space up front, in terms of either both head or leg room.

In the back, there’s enough width for three adults to sit side-by-side, although whoever's sat in the middle is forced to straddle a large tunnel that runs along the centre of the floor. A moulding for the rear interior light pinches some head room, too. The two outer rear seats are much more accommodating if there are just two passengers in the back, offering loads of head room and a decent amount of knee room – even for those long in the leg.

The rear seats fold in a 40/20/40 split and are dead easy to drop down, thanks to a couple of handy levers placed next to the tailgate opening. Sliding and reclining rear seats are also standard, allowing rear passengers to kick back and relax on longer journeys or letting you to trade a bit of rear leg room for a larger boot.

Speaking of which, you get a powered tailgate as standard that opens to reveal a bigger boot than rivals such as the Mercedes-AMG GLC 43 and Porsche Macan. It’s a useful, square shape inside, and is easily large enough to swallow a fold-up pram or up to nine carry-on suitcases. There is a small load lip between the tailgate opening and the boot floor that you have to lift things over, but that’s not a big deal. 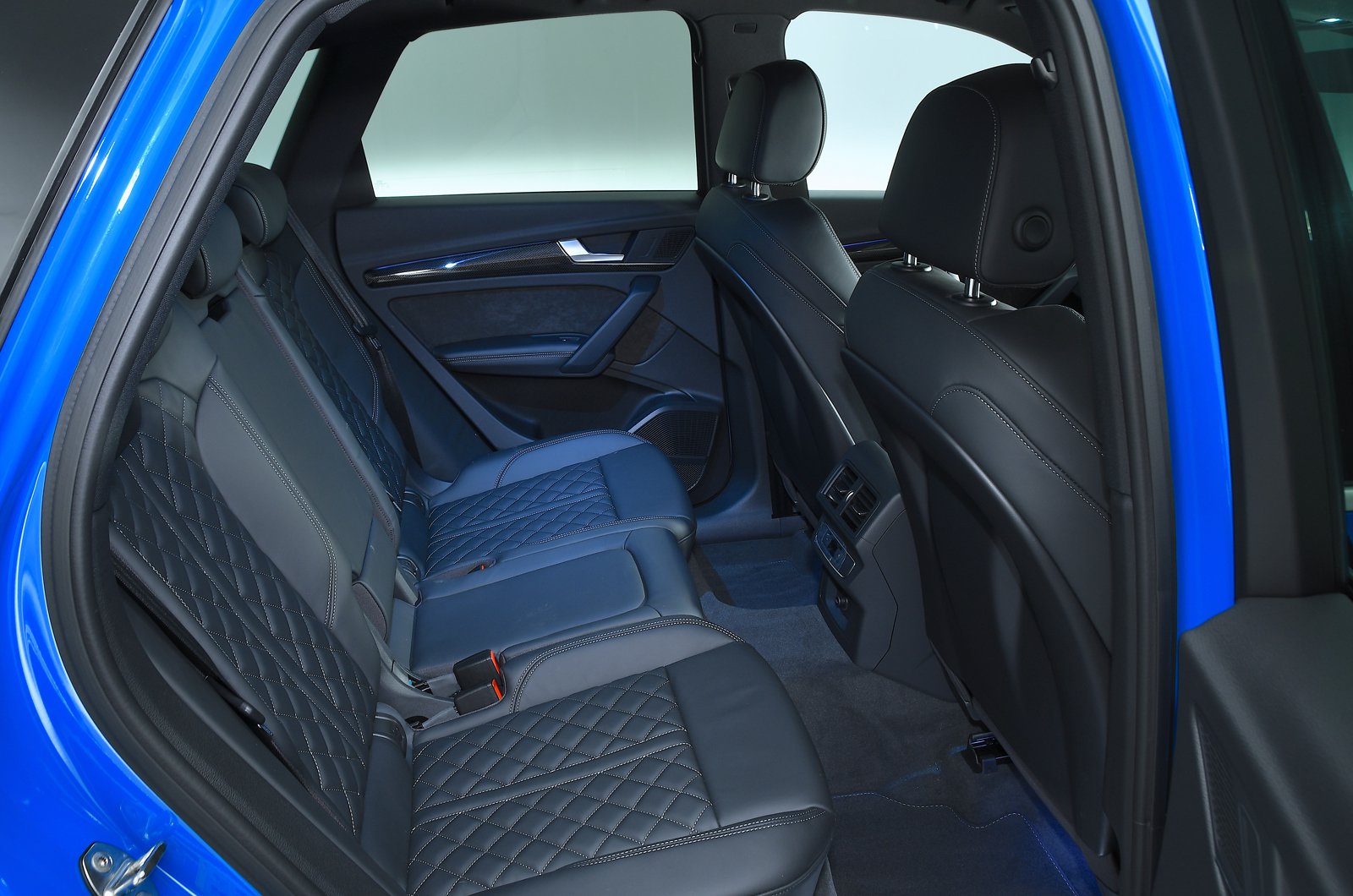