No one buys a two-door soft-top like the BMW 4 Series Convertible for its space and practicality, but the chances are you occasionally need four seats and a boot that can swallow more than just a squishy bag. If that’s not the case, you might want to consider a thoroughbred sports car (the Porsche Boxster, for example).

The 4 Series is as spacious as a BMW 3 Series in the front, so you’re unlikely to have any problems with head or leg room. Storage space is impressive, too, with a big glovebox and a decent cubby under the centre armrest.

The 4 Series has a slightly smaller boot than the Audi A5 Cabriolet but beats the Mercedes C-Class Cabriolet. As with those convertibles, you’ll find there’s a bit more space with the roof up than with it down.

You can fold the rear backrest using a handy lever in the boot, but it only flips down in a single piece, unlike the more versatile 50/50 split in the A5. The 4 Series counters by having a cubby behind its rear seats that lets you store its optional wind deflector vertically, whereas the A5’s takes up valuable boot space when not in use. 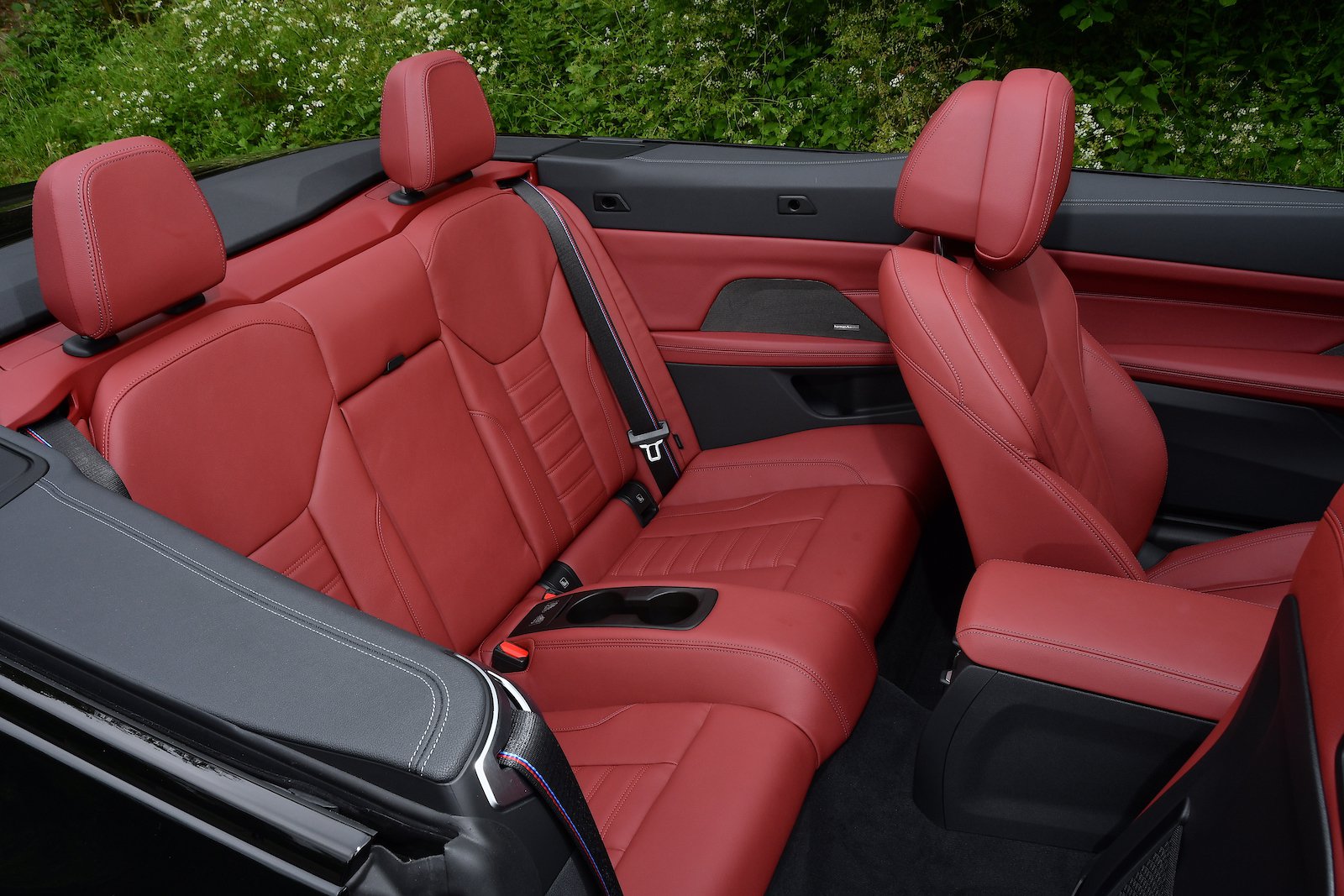