Potholes and manhole covers can send a bit of a thud through the car, and the 7 Series has a habit of picking up on other surface imperfections, especially around town, where a subtle shimmy ripples through the car. So far, every 7 Series we’ve driven has worn chunky 20in wheels; hopefully things should be more cushioned with smaller 18in and 19in rims.

At higher speeds, things do improve. Standard air suspension helps the car to waft gently over undulating surfaces, especially in Comfort mode. There’s also an even softer Comfort Plus mode, although some might find this a little too wallowy. Should you want a bit more control, Sport mode keeps the body tied down better without reducing comfort too much. This agreeable high-speed ride, along with its hushed interior, mean the 7 Series is a highly adept long-distance cruiser.

Considering this is a two-tonne-plus car, it’s impressively agile and certainly better tied down than rivals such as the Audi A8 and Range Rover, although the steering doesn't give you a great sense of connection with the road. So, while you can hustle the 7 Series down a country road surprisingly briskly, it never feels like it really wants to.

The top-spec M760Li xDrive uses specially tuned M Sport air suspension and comes as standard with active anti-roll bars and four-wheel steering (optional on lesser models), which should make it feel nimbler still. As with all the xDrive (BMW-speak for four-wheel drive) versions, there’s plenty of traction, even in slippery conditions.

At the top end of the engine line-up, performance is first rate. There’s the monster M760Li with a 6.6-litre V12 petrol engine – but we haven't tried that yet. BMW’s superb 4.4-litre twin-turbo V8 engine, found in the 750i xDrive, has a mighty 523bhp and can propel the car to 62mph from a standstill in just 4.1sec. A switchable exhaust really gives this V8 a powerful soundtrack when driving hard, although it fades into the background when you’re cruising.

The 740i is still pretty quick but, unsurprisingly, lacks the fizzing performance of the 750i. The diesels are also more fuel-efficient than the 740i and not that far off in terms of pace, so that engine feels like it’s lacking a unique selling point – unless you’re simply interested in getting into the cheapest petrol model in the line-up.

There is, however, a very strong case for the 745e. It’s a plug-in hybrid that combines a 3.0-litre turbocharged six-cylinder petrol engine with an electric motor and a big battery pack in the boot. With both power sources working together, there’s a hefty total of 389bhp, but it isn’t the power that impresses the most; it's the bonus of being able to cover up to 34 miles (36 if you don’t tick the long-wheelbase box) on pure battery power, according to official figures.

This near-silent electric mode sits perfectly with the concept of a luxury car yet still allows plenty of punch for town driving. Push your right foot down a little harder and the petrol engine fires into life with virtually no fuss.  Yes, the added weight of the batteries means the 745e isn't quite as agile as the regular petrol models, but how often do you corner a luxury car like this on its door handles?

On the diesel side of things, the entry-level six-cylinder 730d is a very easy sell – and not just because it’s the cheapest way into the 7 Series line-up. Smooth, quiet and punchy performance comes easily around town and on the motorway, and it’s the most frugal engine, too. The next step up is the 740d, which is quicker, but not by enough of a margin to warrant the price increase. 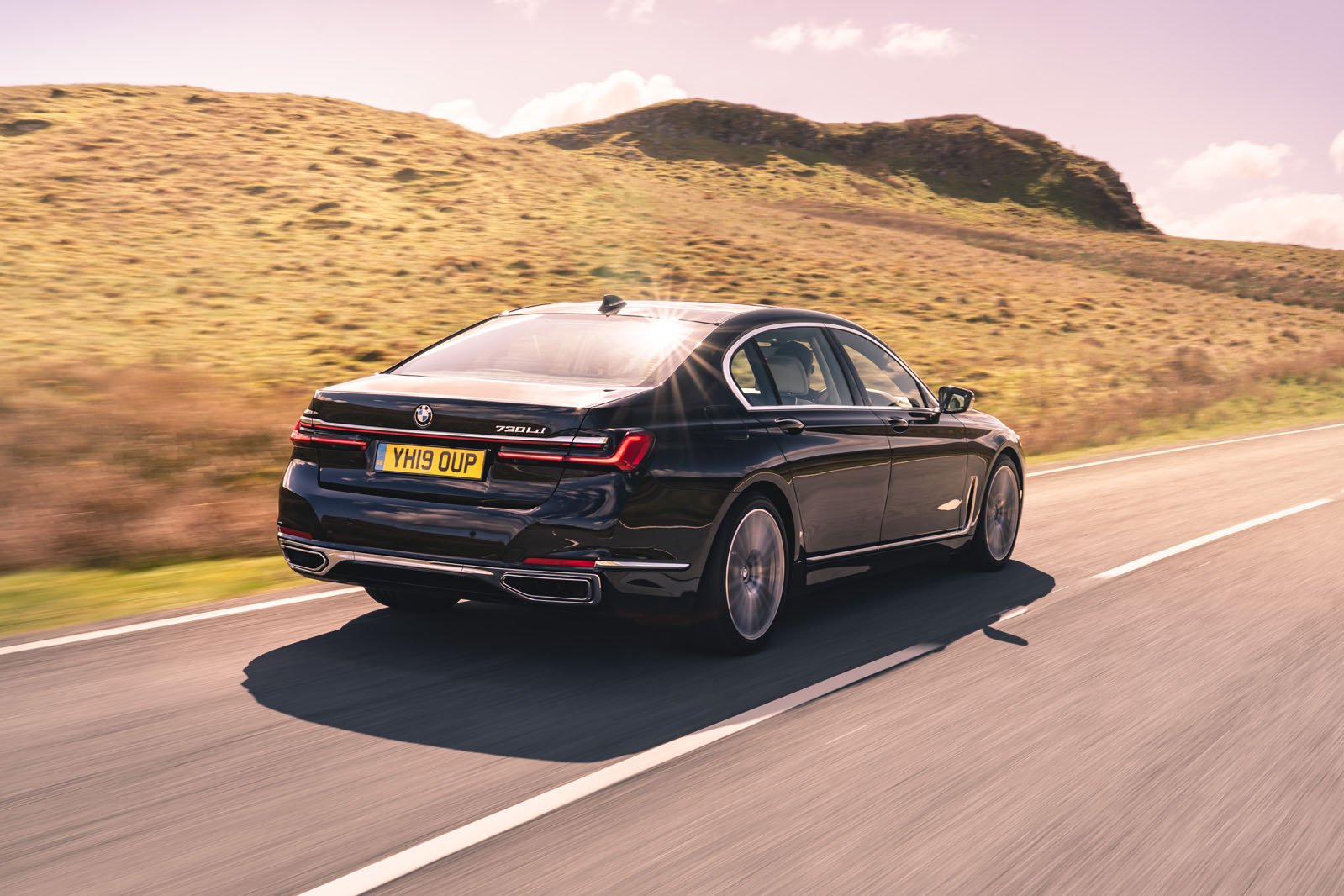