As a driving environment, the M2 Competition’s interior is an effective one, if not the most luxurious. Getting comfortable is easy; there’s a wide range of adjustment in both the steering wheel and seat – including for lumbar support – and the driver's seat is nicely supportive, gripping you tightly when cornering. Adjusting its height is fiddly, though, and you’ll have to pay extra for electric seat adjustment. The M2 CS gives you the same  deeply-contoured M Competition Sport seats as you’ll find in the M4.

The slightly offset pedals are irritating at first, but you soon get used to them. The 8.8in infotainment screen is easy to use, and can be controlled by a rotary dial between the seats or via touch – the former is great for accessing frequently-used features on the move while the latter is useful when calling up more detailed adjustments when stationary.

Leather and Alcantara suede finishes are used in prominent places, and you’ll encounter soft-touch plastics where your fingers frequently roam. Investigate further, though, and you find some scratchy surfaces that highlight the relatively humble nature of the regular 2 Series that the M2 Competition is based on. Some may also find the carbonfibre-effect trim across the dashboard a little tacky. The CS adds a carbonfibre centre console that omits the usual centre armrest; the console itself looks pretty special and adds to the car’s road racer ambience, but it’s frustrating that you no longer have a place to rest your arm on longer journeys. 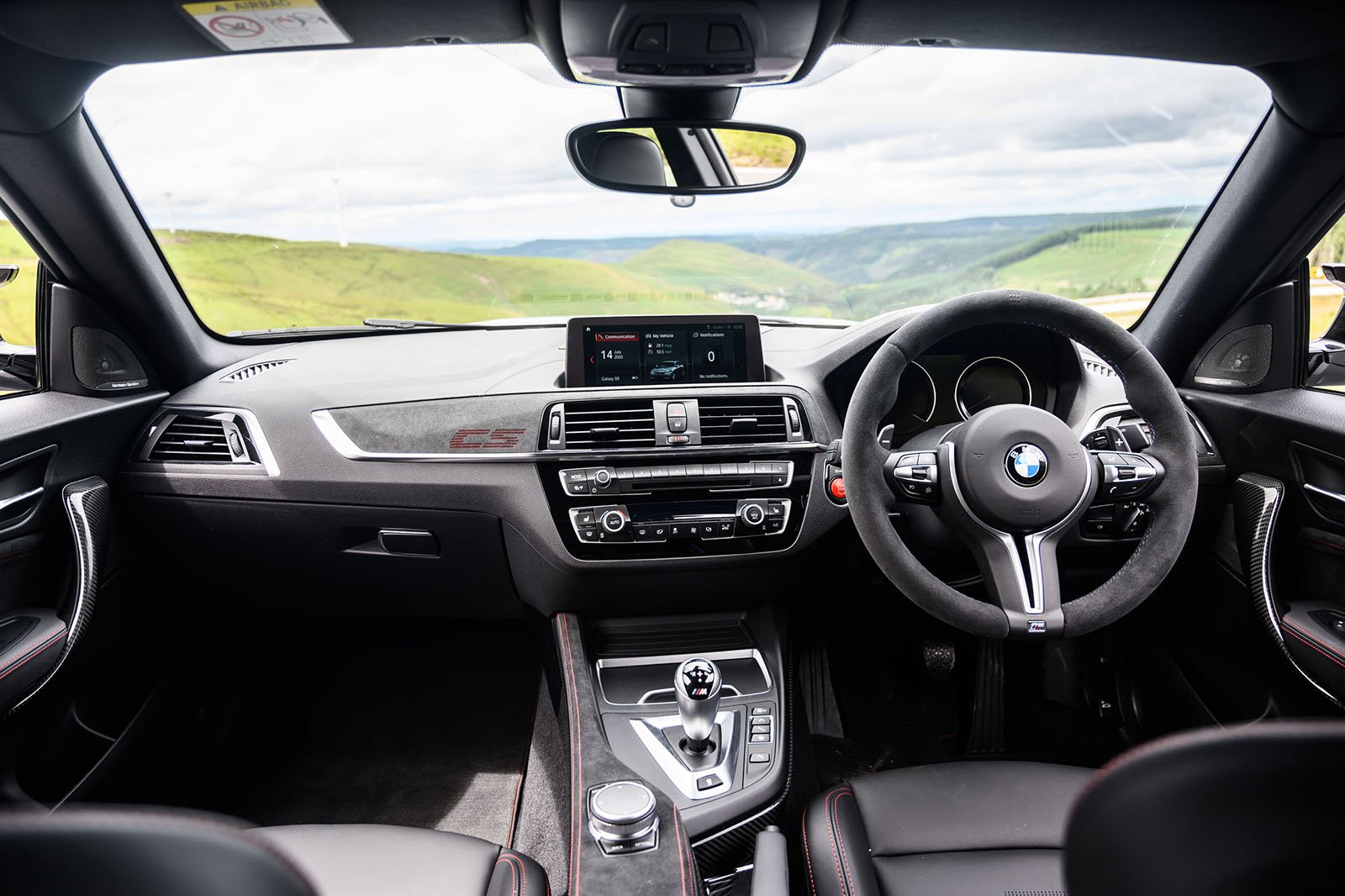