Both the M2 Competition and CS are more practical than most of their sports car rivals. The fact you get two rear seats immediately makes it easier to live with than Porsche's two-seat 718 Cayman, although anyone over six-foot tall will struggle for head room in the back. Leg room also disappears rapidly if a pair of tall people settles in up front.

You get decently sized door pockets, a cubbyhole under the central armrest (which, as mentioned earlier, is missing in the CS) and a good-sized glovebox. There’s also a 390-litre boot – that's 10 litres more space than you get in a VW Golf and enough to hold six carry-on suitcases. The boot opening is a little narrow, though, and the ability to load bulky items is an area where similarly powerful hot hatchbacks, such as the Mercedes A45 AMG, have an advantage 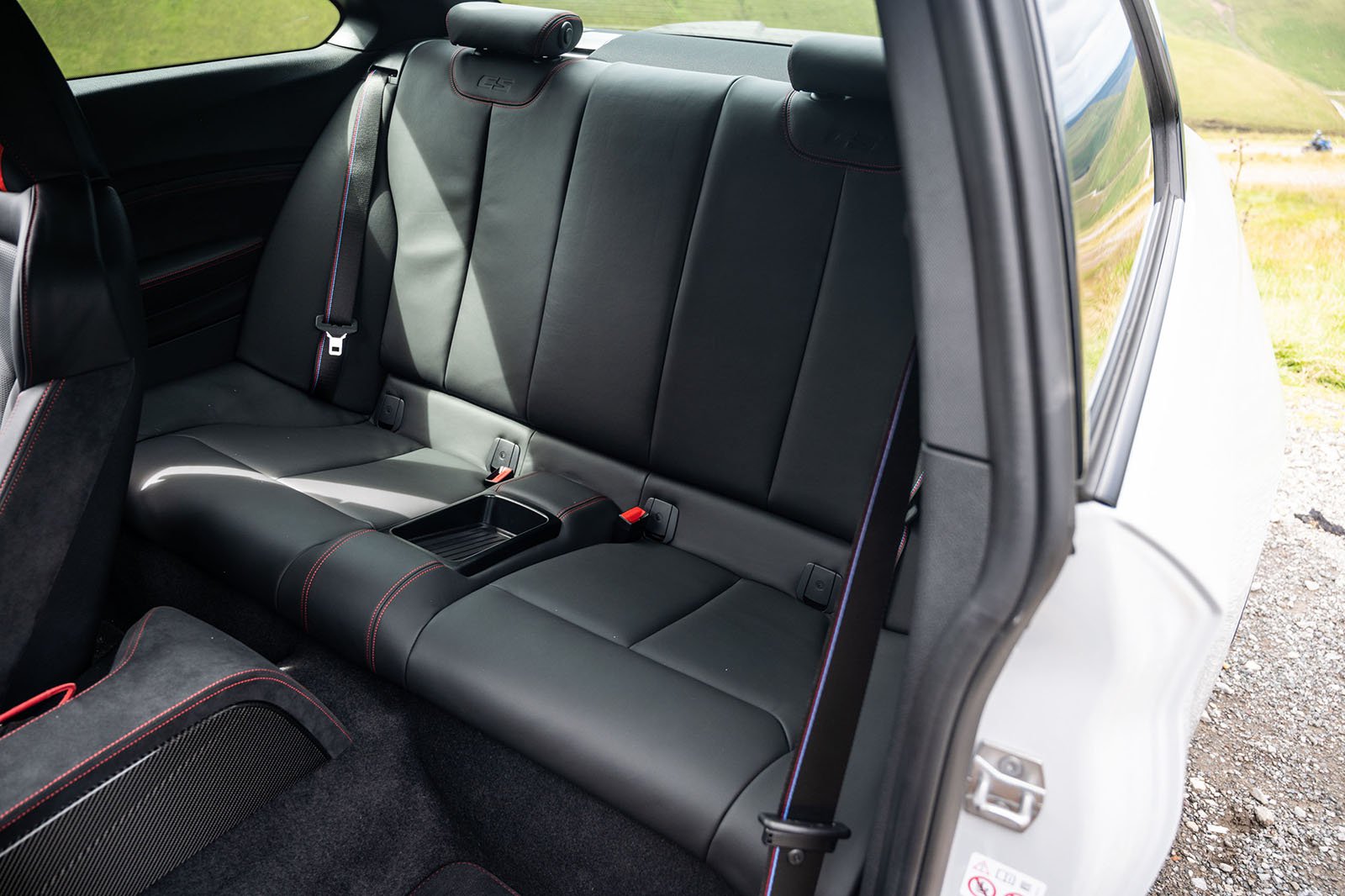