If you want a convertible with a hairy-chested V8 engine under the ‘hood’, the Mustang’s closest rival is the far pricier Mercedes-AMG C63 Cabriolet. The 2.3-litre Ecoboost version, meanwhile, parallels models towards the bottom of the Audi A5 Cabriolet and Mercedes C Class Cabriolet lineups, and is predicted to hold onto more of its value over the next three years than either of those models.

However, its running costs won’t exactly suit the parsimonious. Tyres and fuel will be among your biggest bills, and don’t be fooled by the ‘Ecoboost’ badge on the 2.3 engine; this four-cylinder unit is still very thirsty (its official combined economy figure is 30.7mpg, but we think you’re more likely to see MPG in the mid-20s on a good day), albeit not quite as outrageously so as the V8 – at a cruise you can expect to see mpg in the low 30s from the eight-cylinder motor, but drive harder and this will drop into the low teens (which is in line with Ford’s official figure of 23.2mpg for the manual). Insurance and tax costs are also higher than they are for most rivals, all of which emit substantially less CO2. However, none of this is likely to come as a surprise to anyone seriously considering a Mustang Convertible.

The Mustang didn’t feature in our 2020 What Car? Reliability Survey, but Ford as a brand came in a disappointing 18th place out of the 31 manufacturers featured. Still, that was enough to outperform Audi (22nd) and Mercedes (26th). A three-year, 60,000-mile warranty is standard and can be extended to five years at a reasonable cost. UK and European roadside assistance is included for the first year.

Automatic emergency braking (AEB) and lane-keeping assistance are standard in every model. However, while Euro NCAP hasn’t appraised the Mustang Convertible for safety, the Fastback (hard-top) model scored a lowly three stars out of five. Concerningly, the Mustang performed very poorly for child occupant protection in both frontal and lateral impacts, leaving it with a score of just 32% in this category – the A5 Cabriolet hasn’t been tested, but the C Class Cabriolet’s score of 79% is much more respectable. 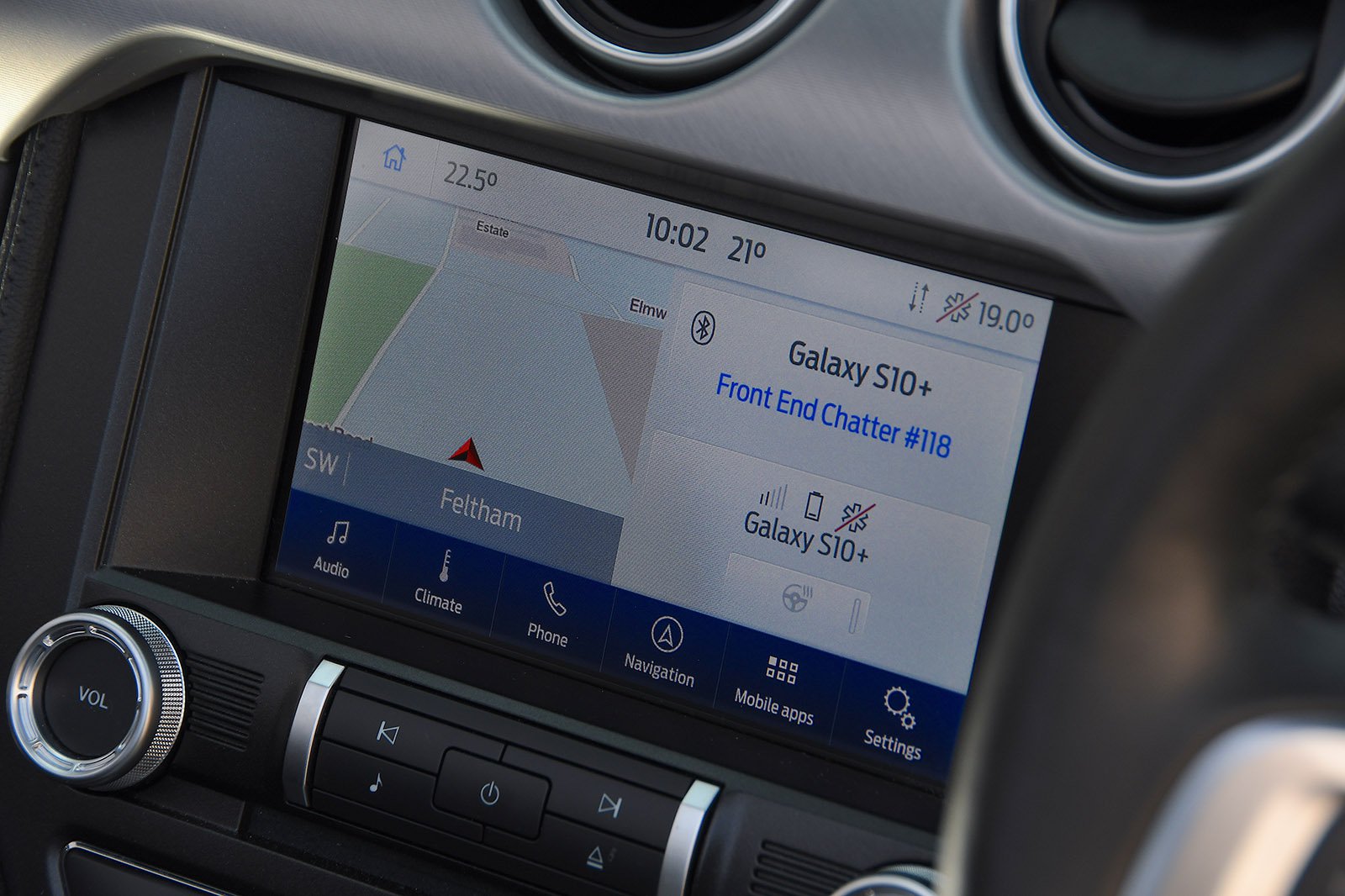