The most popular RC is the hybrid 300h. Its 2.5-litre petrol engine and electric motor combine to produce 220bhp and are governed by an automatic gearbox. The 300h can also operate for very short distances in emissions-free electric-only mode, but you won't get far at all before the petrol engine kicks back in.

With a 0-62mph time of 8.6sec, performance is adequate rather than sparkling; you’ll find plenty of sensible SUVs can out-drag it. As with other Lexus hybrids, if you do push the accelerator to the floor, the revs suddenly soar and stay really high until you lift your right foot. Given the engine’s coarse note, we doubt it’s something you’ll do often.

However, the V8 version (named RC F) is completely different: it's outrageously quick and sounds fantastic. It's 457bhp 5.0-litre petrol engine can fire the RC from 0-62mph in just 4.5sec and howls gloriously while doing so. The RC F uses a conventional eight-speed automatic gearbox that is far superior to the 300h’s slow-witted CVT automatic, but shifts could still be a bit snappier compared with the best performance car rivals.

In the 300h, the ride is quite firm compared with rivals such as the Audi A5 and Mercedes C Class Coupe – but not uncomfortably so. More disappointing is its handling, which is hampered by its heavy hybrid battery pack. The steering is also a disappointment, feeling somewhat vague and with little weight build up as you turn into corners.

The steering is a problem in the range-topping RC F, too; it simply doesn't provide the same feel or connection with the road as you get in the best rivals, such as the Mercedes C63 AMG. That said, ride comfort is perfectly agreeable for something this sporty, so you want be cursing every pothole and avoiding roads with speed humps. 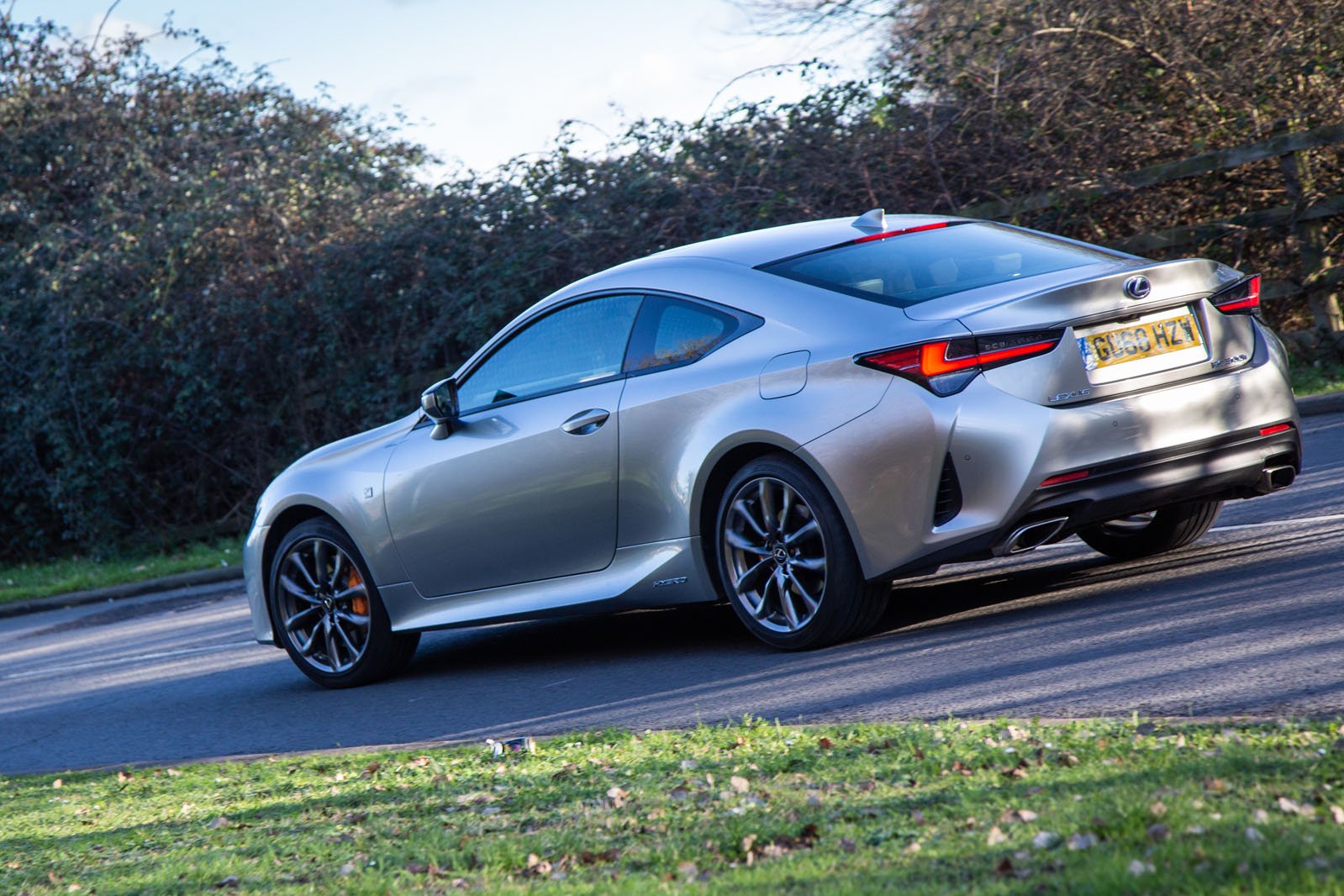