If 302bhp in a relatively small car sounds like a potent combination, that's because it is. Even on cold, wet roads, the A35’s claimed 0-62mph time of just 4.7sec (4.8sec in the saloon) never feels in doubt. Put your foot down and the A35 simply digs in and goes, its four-wheel drive system transferring all of the engine's power to the road without a hint of wheelspin.

With its neutral, predictable cornering balance and superb body control, the A35 AMG is a car that can cover ground extremely rapidly, regardless of what the weather is doing. But in terms of pure thrills, you’d get far more from the cheaper Honda Civic Type R. In short, that car puts you in the centre of the action, whereas the A35 feels a bit more remote, never fully involving you in the process of driving – even compared to the BMW M135i. The slightly numb steering is largely to blame.

And while we’re nit-picking, despite a few cracks and pops from its exhaust when one of the sportier modes is engaged, the engine sounds rather tuneless – even when you rev it really hard. The seven-speed dual-clutch automatic gearbox isn’t as obedient as we’d like in manual mode, either (you pull paddles behind the steering wheel to action shifts).

More positively, switch to Comfort driving mode and the engine settles into a distant hum while you’re cruising, the gearbox swaps ratios smoothly and ride comfort is perfectly acceptable for something this sporty. There is an awful lot of tyre roar, though – especially on the motorway. 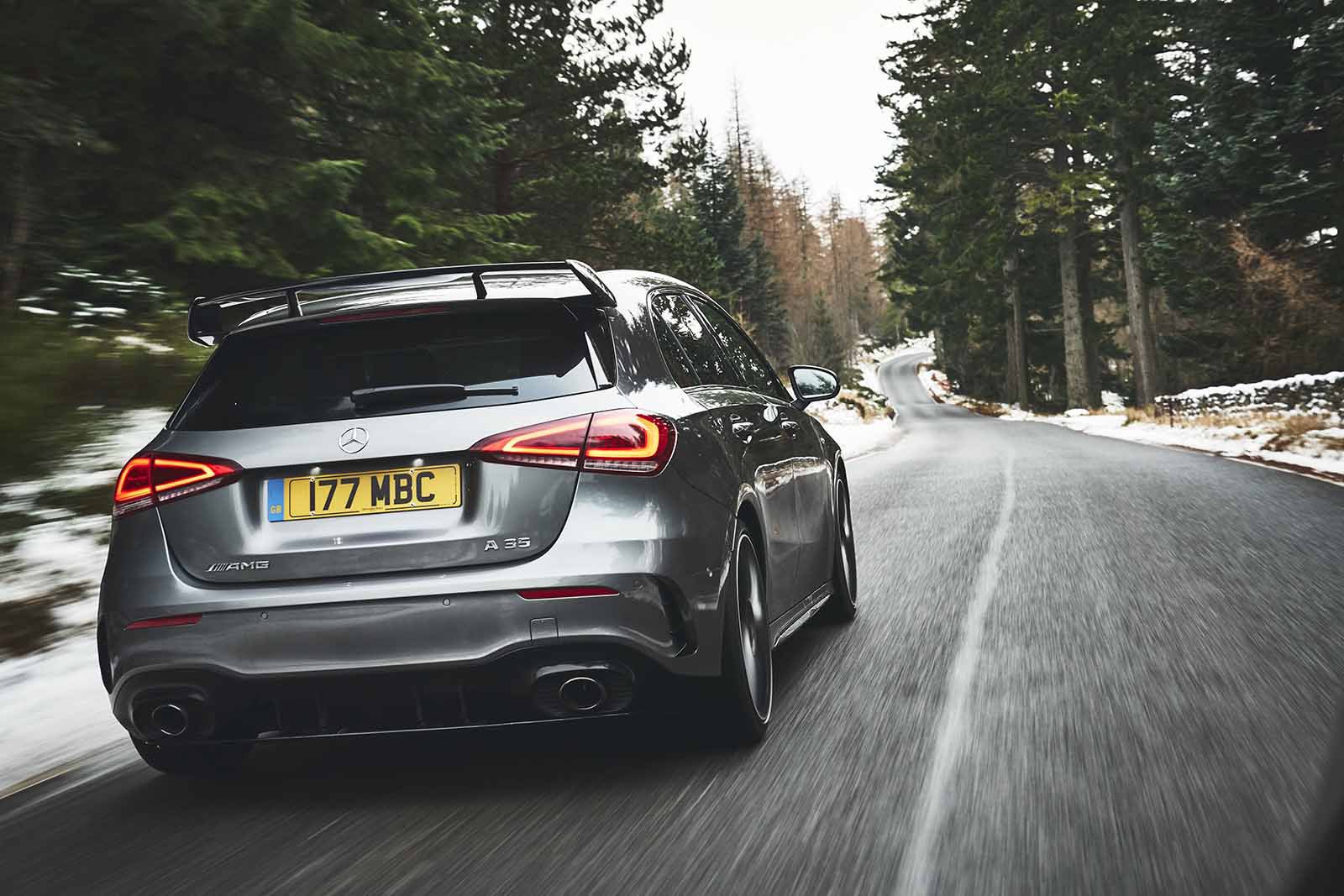 Fast and more fun than its direct rivals, but doesn'...