The new Volkswagen California goes on sale in August with prices from just shy of £38k... 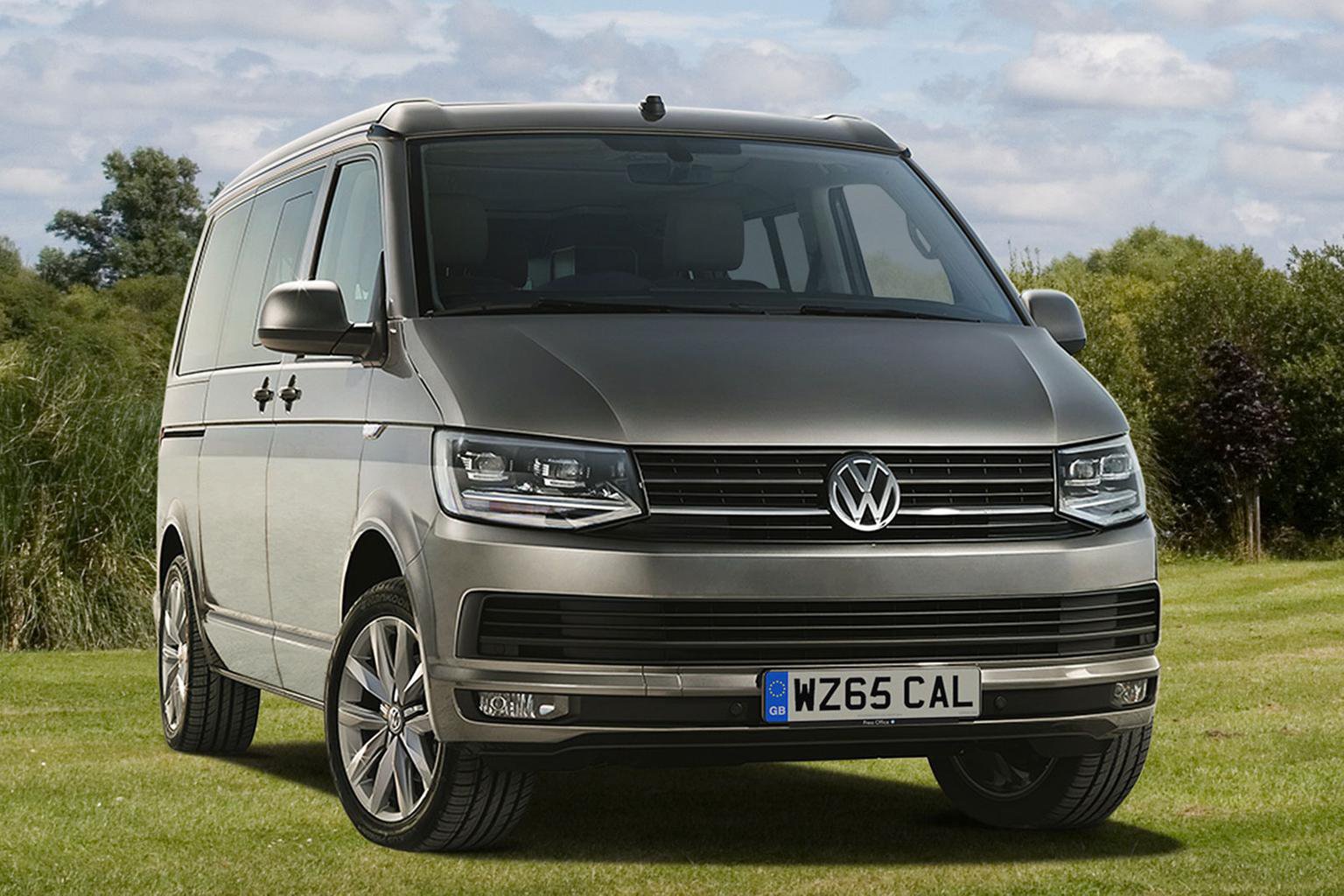 Pricing for the new Volkswagen California has been revealed ahead of the camper van going on sale in the UK on 3 August.

There are two trim levels, Beach and Ocean. Entry-level Beach is available with the 101bhp unit and mated to a five-speed manual gearbox, while the 148bhp version comes with either a six-speed manual or seven-speed DSG dual-clutch automatic transmission.

Ocean customers have the choice of the 148bhp and 202bhp engines with six-speed manual or seven-speed DSG gearboxes and the option of four-wheel-drive.

What equipment does the VW California come with?

Beach trim comes with seven seats and sleeping space for four. The bench seat folds to make a two-berth bed while the pop-up roof gives space for another double bed. A fold-out table and chairs are found in the sliding door and tailgate, and there’s an integrated awning.

Ocean replaces SE trim from the current model and adds an electro-hydraulic pop-up roof with lighting, as well as a kitchenette with two rings, a fridge and a sink.

A host of safety equipment is available with both models, including a Driver Alert System, Brake Assist and an Automatic Post-Collision Braking System, as well as VW’s latest infotainment system.

How much does the VW California cost?

Discounts from £2800 to £4000 are available on the current generation of VW California, so similar discounts could be expected on this next generation eventually.