The Q5 SUV has a new halo model in the form of the Audi SQ5 Plus, with added power and more equipment. So is it worth another £6000? We find out on a UK drive... 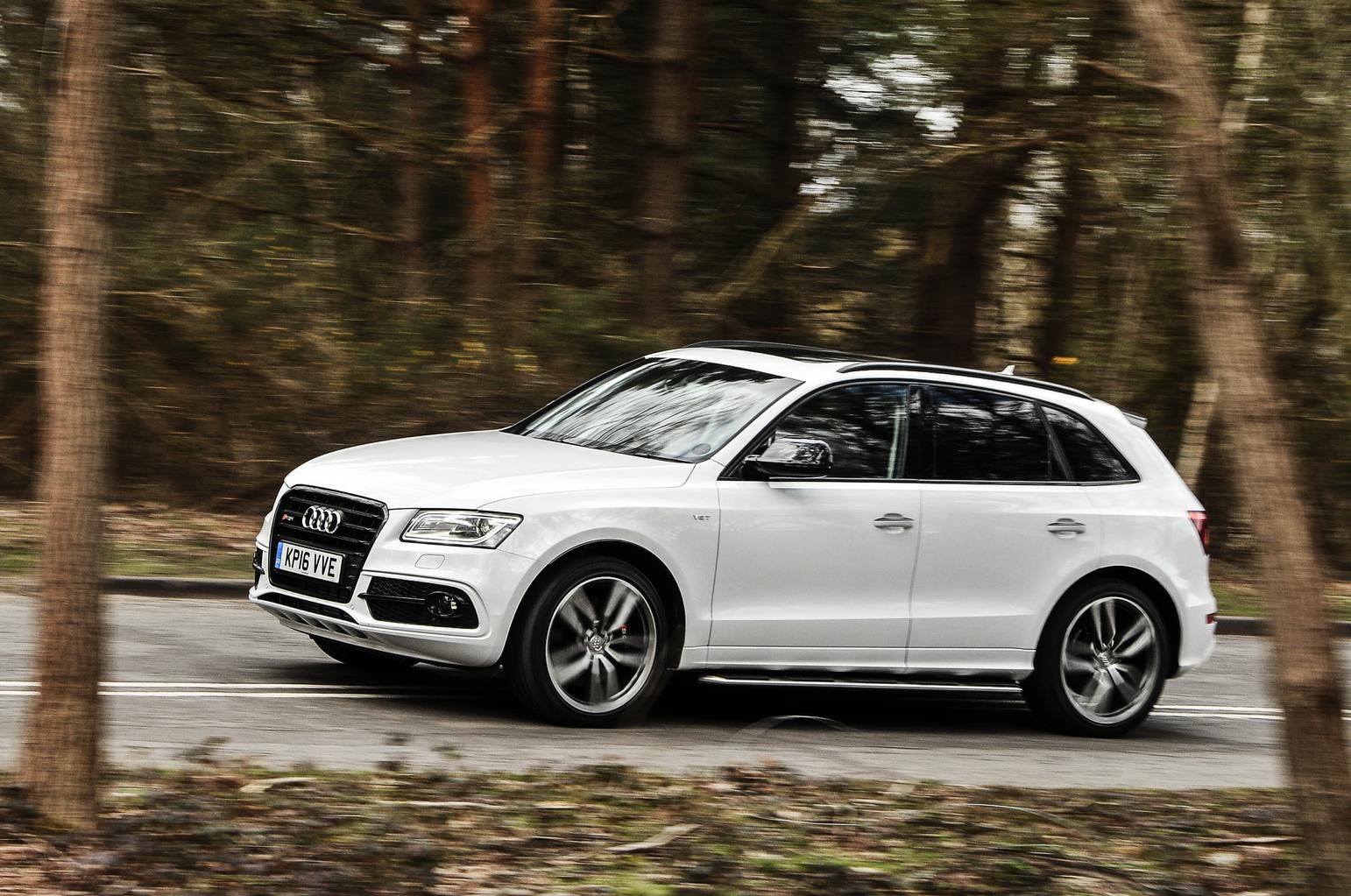 You have to admire Audi’s adherence to the Plain English Campaign in its naming policy. This is a new version of the SQ5, the performance variant of the recently tweaked Q5 SUV range. It’s got a little bit more power and a bit more equipment, so they’ve called it the Audi SQ5 Plus. Simple.

The standard SQ5’s 3.0-litre bi-turbo V6 diesel has been boosted by 14bhp (plus a further 20bhp for a brief moment when you need maximum acceleration), and an extra 37lb ft of torque. The disappointing part is that on paper, the SQ5 Plus is no quicker than the standard car.

There are some styling modifications that differentiate the SQ5 Plus from the regular SQ5, and also update the range in keeping with the rest of Audi’s current line up.

In terms of equipment, the Plus comes with diamond-stitched Nappa leather sports seats, the premium sat-nav system, bigger 21in alloy wheels, and front and rear parking sensors. That’s on top of the normal SQ5’s already enhanced specification.

What are your alternatives to the SQ5 Plus? Well, the Porsche Macan S Diesel is cheaper but slightly slower, so if it’s performance you are after, the quicker but pricier BMW X3-based Alpina X3D is in the mix.

Despite the extra power, it’s difficult to discern the extra pace on the road, but that doesn’t mean the SQ5 Plus is slow - quite the opposite, actually. The eight-speed automatic gearbox can be a little ponderous to kick down, but press hard on the accelerator and the SQ5 builds speed rapidly, especially in the engine’s mid-range, followed by an eagerness to rev out.

Unlike smaller diesels, the big V-engined Audi is wonderfully smooth, no matter whether you are using all it’s performance or pottering along in town, which is a big part of its charm.

If you prefer the noise of a big-capacity throaty petrol, it can manage that, too. Use the Dynamic drive-mode selector to put it in its sportiest setting, and an actuator in the Plus’s exhaust produces a pretty convincing meaty burble to enjoy.

The steering needs nearly three turns lock-to-lock which makes it feel a little slow, but that does mean it’s not a nervy car to manage at motorway speeds. However, you don’t get much feedback through the wheel when pressing on, certainly compared with something like the Macan.

The four-wheel drive offers lots of traction to contain the engine’s prodigious shove out of side turnings, and the big wheels and tyres deliver plenty of grip in corners. When you do reach their limits, the front wheels wash wide first, making the SQ5 an easy, but not particularly exciting car to drive. Thrill seekers will find either the Macan or the XD3 somewhat more fun.

It’s very well controlled, too. It leans a little when you corner hard, but not as much as you’d expect from such a big car, and the ride is impressive. Yes, it’s firm and a little jiggly over pimpled roads, but even on pockmarked city streets with vicious speed bumps the SQ5 is never harsh or jarring.

That’s also true out of town, where wind and road noise aren't overly intrusive, even on a long motorway stint.

Those fine-leather seats with contrasting stitching look classy, and elsewhere the expanse of soft-touch materials delivers the sense of quality you’d hope for in a premium SUV.

That said, the Q5 is getting on a little now, and it doesn’t quite have the polished feel of Audi’s latest interiors. It’s the same story with the MMI infotainment system, which isn’t as user-friendly as it is in some of Audi's newer models, and someway behind the Alpina’s, which uses BMW’s excellent iDrive system.

It’s bigger than the Macan inside, so four adults can travel in relative comfort, but it can’t match the Alpina’s generous rear-seat head and leg room. However, the rear seats do slide back and forth to enhance leg room or boot space as desired, and whatever the configuration, the boot is pretty vast.

Part of the attraction of SUVs is the high-up driving position. The SQ5 Plus doesn't dissappoint, offering a good view out and a comfortable driving position thanks to lots of adjustment for the seat and steering wheel.

The good news for the Plus is it matches the relatively impressive fuel economy and emissions of the standard SQ5, so it won’t cost a fortune to run. The bad news is despite the extra power, it’s no faster and handles much the same.

Granted you do get some extra equipment, but that really doesn’t justify the £6370 price hike. Before you buy, definitely have a drive of the Porsche and the Alpina, but if you decide the Audi is for you, we'd recommend sticking with the standard car rather than this Plus.*What Car? says...**