All-new family hatchback is on the way with striking coupé SUV looks and a pure electric version for the first time...

Citroën has a long history of making cars that are both characterful and comfortable, from the very first C4, introduced in 1928, to the C4 Cactus from 2014, with its rubber Airbump body protection panels and airy, practical interior.

And while this new, 10th generation Citroën C4 may not have the sweeping wings of the pre-war original, or such pronounced plastic Airbump protection panels as the Cactus, it still demonstrates the French car maker's design flair. 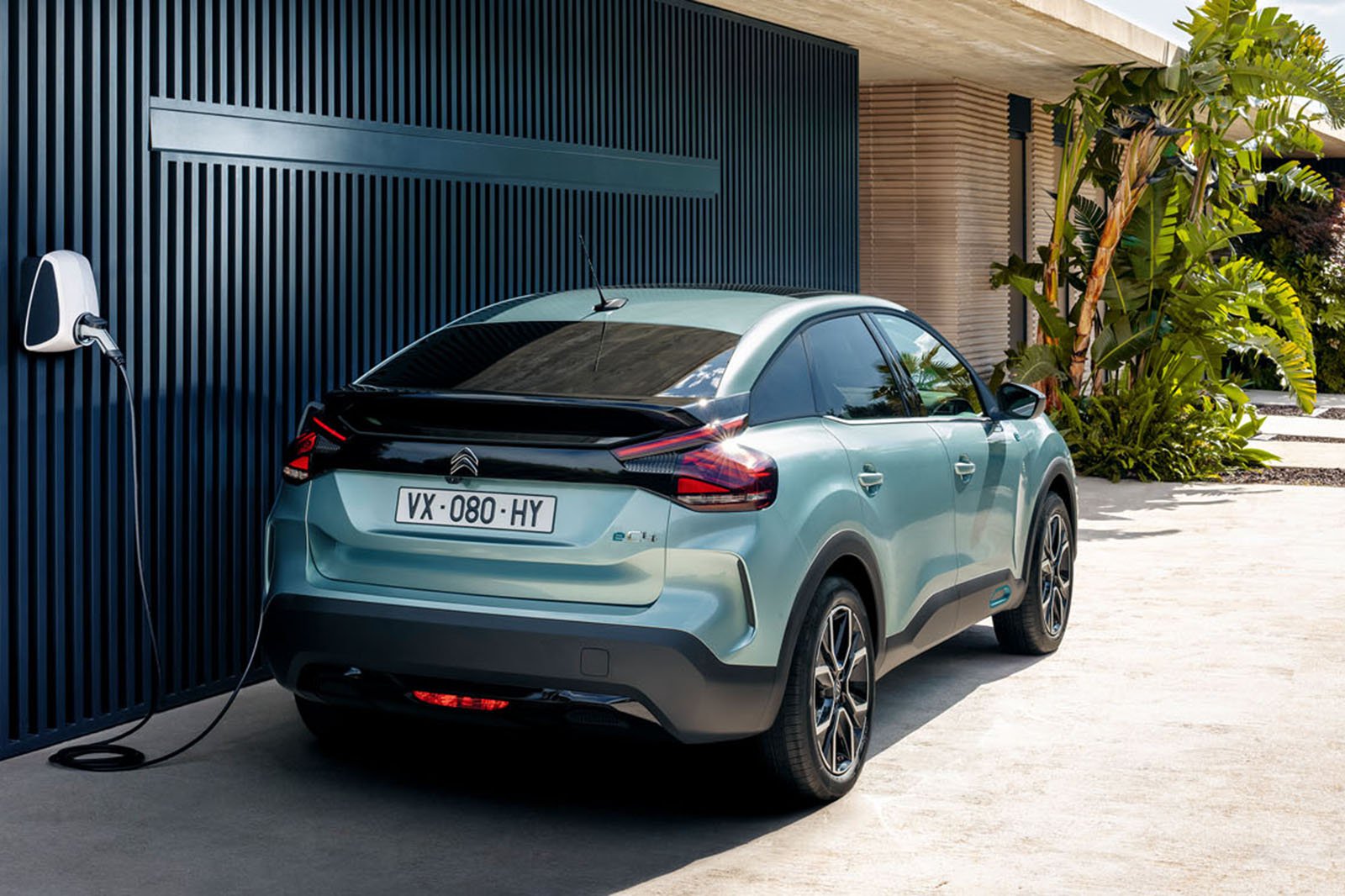 As with other modern Citroëns, super-slim daytime running lights are set high in the nose, while the pumped-up wheelarches and sloped roofline combine to give it a coupé-SUV look in profile.

From the rear, a gently angled tailgate, a small rear spoiler and an oversized bumper that juts out behind the car only enhance this impression. Taller than a conventional hatchback, the C4 is said to have a high driving position and good ground clearance.

The striking new model replaces both the C4 Cactus and the already-discontinued C4 hatchback in a bid to compete with popular family cars, such as the Ford Focus and Volkswagen Golf. A pure-electric version called the ë-C4 is being offered alongside conventional petrol and diesel options. 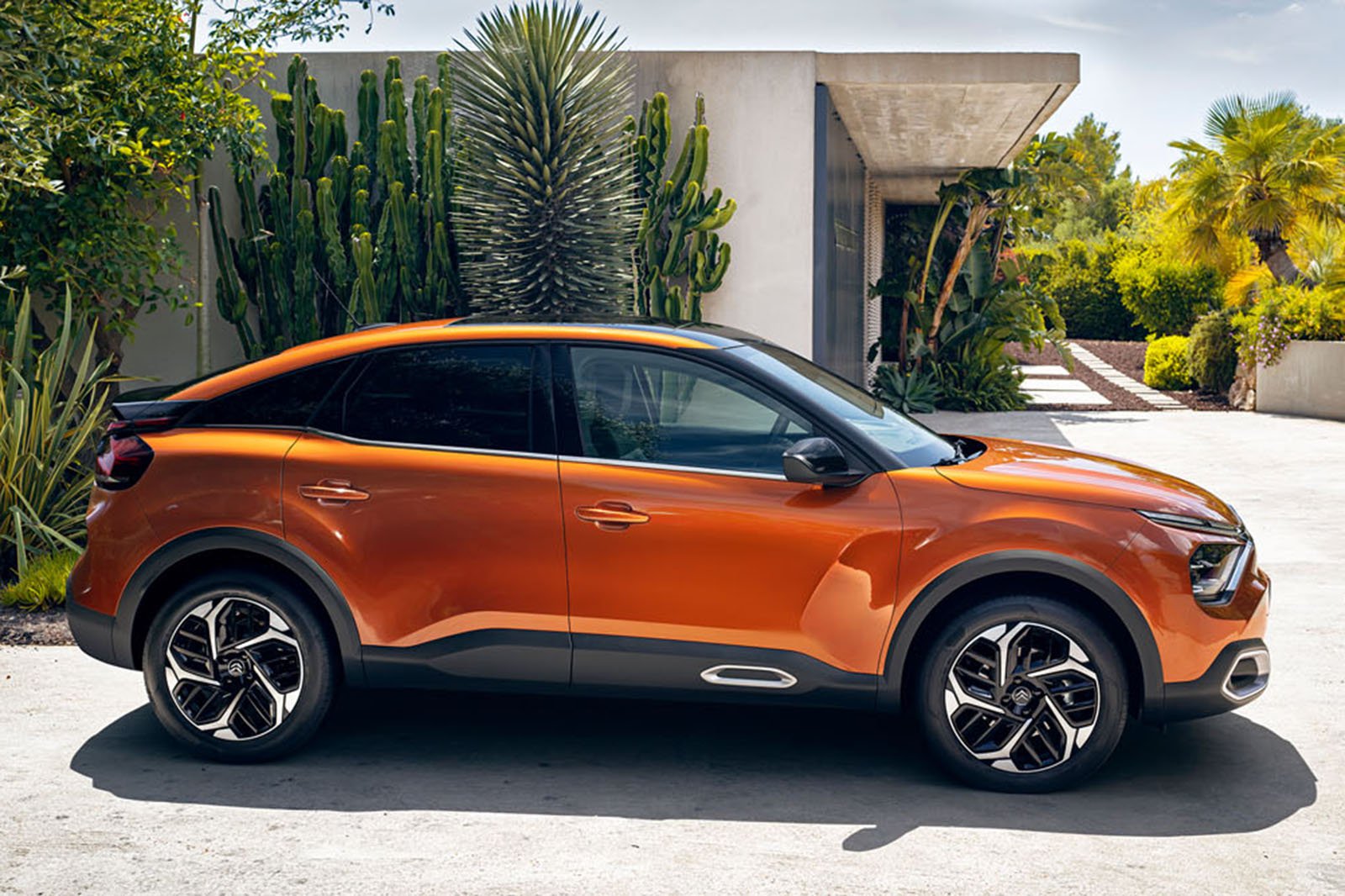 The ë-C4 is powered by the 134bhp electric motor and 50kWh battery that we’re already seen in the Peugeot e-2008. In the C4, it has an official range of 217 miles. The battery can be replenished using a 100kW rapid charger, achieving an 80% charge in 30 minutes.

There is a range of turbocharged 1.2-litre three-cylinder turbo petrols and 1.5-litre four-cylinder diesels. There are three power outputs for the petrol engines – 99bhp, 128bhp and 153bhp – while the diesel options are 108bhp and 153bhp. The lowest-powered petrol and diesel engines can be specified with a six-speed manual gearbox only, while the mid-range petrol model can be manual or automatic, but the most powerful petrol and diesels are auto-only.

Featuring the Progressive Hydraulic Cushion suspension that we’ve already seen on the C4 Cactus and C5 Aircross, the new C4 should be able to soak up the imperfections on UK roads with aplomb. A lot of attention has also been paid to seat comfort, with well-padded cushions, lumbar support for the front seats and centre armrests front and rear to make occupants feel like they’re sitting in armchairs. There’s even an optional seat massage feature for the ultimate in driving relaxation. 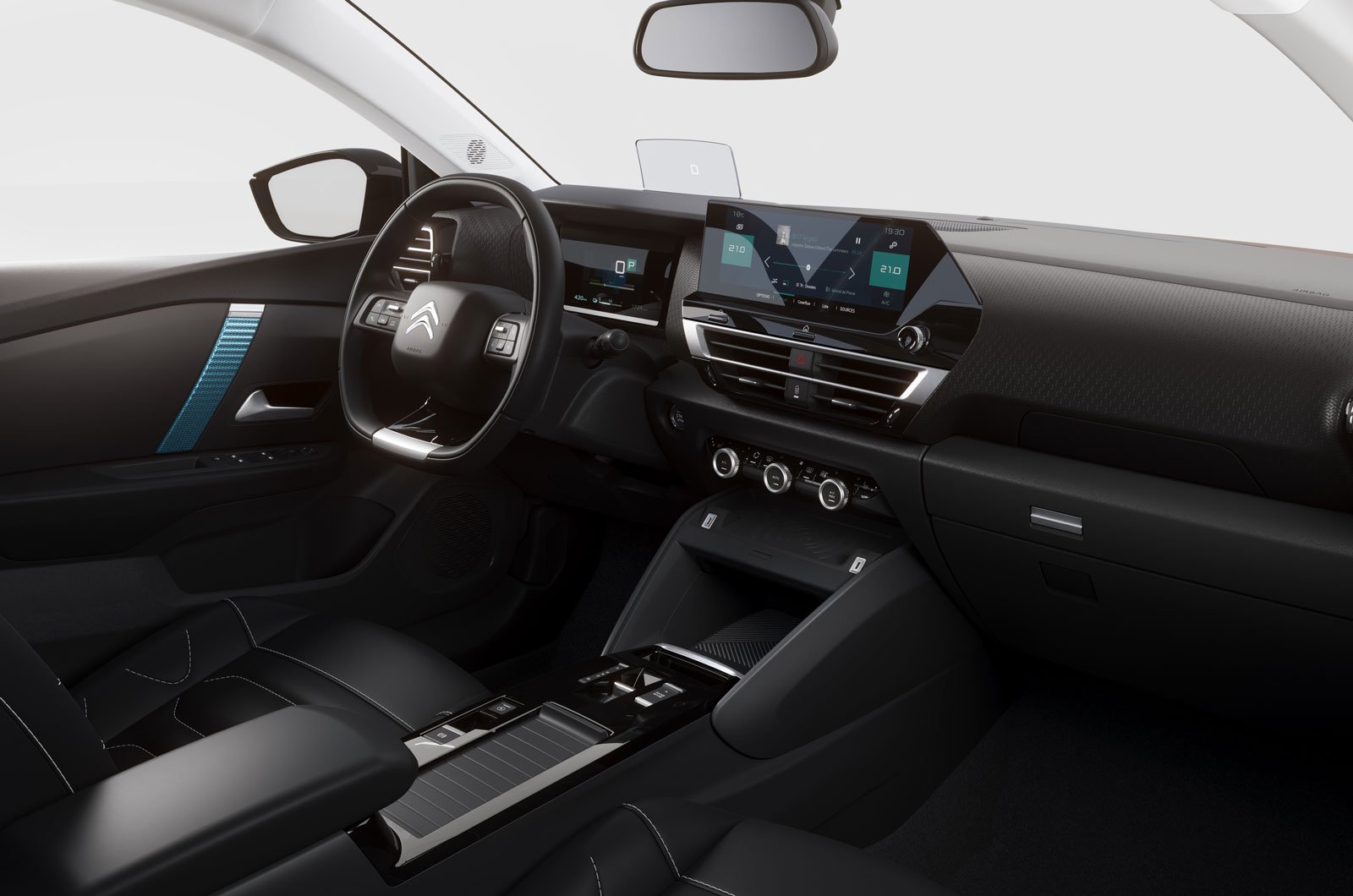 Inside the C4, there are plenty of matt-black surfaces and a choice of matt chrome or high-gloss black inserts on the air vents, centre console, dashboard and steering wheel. The new frameless digital dashboard looks simple and uncluttered, as does the 10.0in touchscreen for the infotainment system. To minimise driver distraction, there is a large, coloured head-up display, and there are physical buttons below the infotainment screen to control the dual-zone air-con system.

Citroën prides itself on providing clever storage solutions, and the C4 provides no fewer than 16 compartments with a total of 39 litres of space – roughly the equivalent of a carry-on suitcase. As well as cubbies dotted around the interior, there’s a double tablet holder that can be folded out of the dash and a wireless smartphone charging area in the centre console. Bulkier items can go in the 380-litre boot, which is similar in size to those the Focus and Golf, and has a low load lip and adjustable floor. 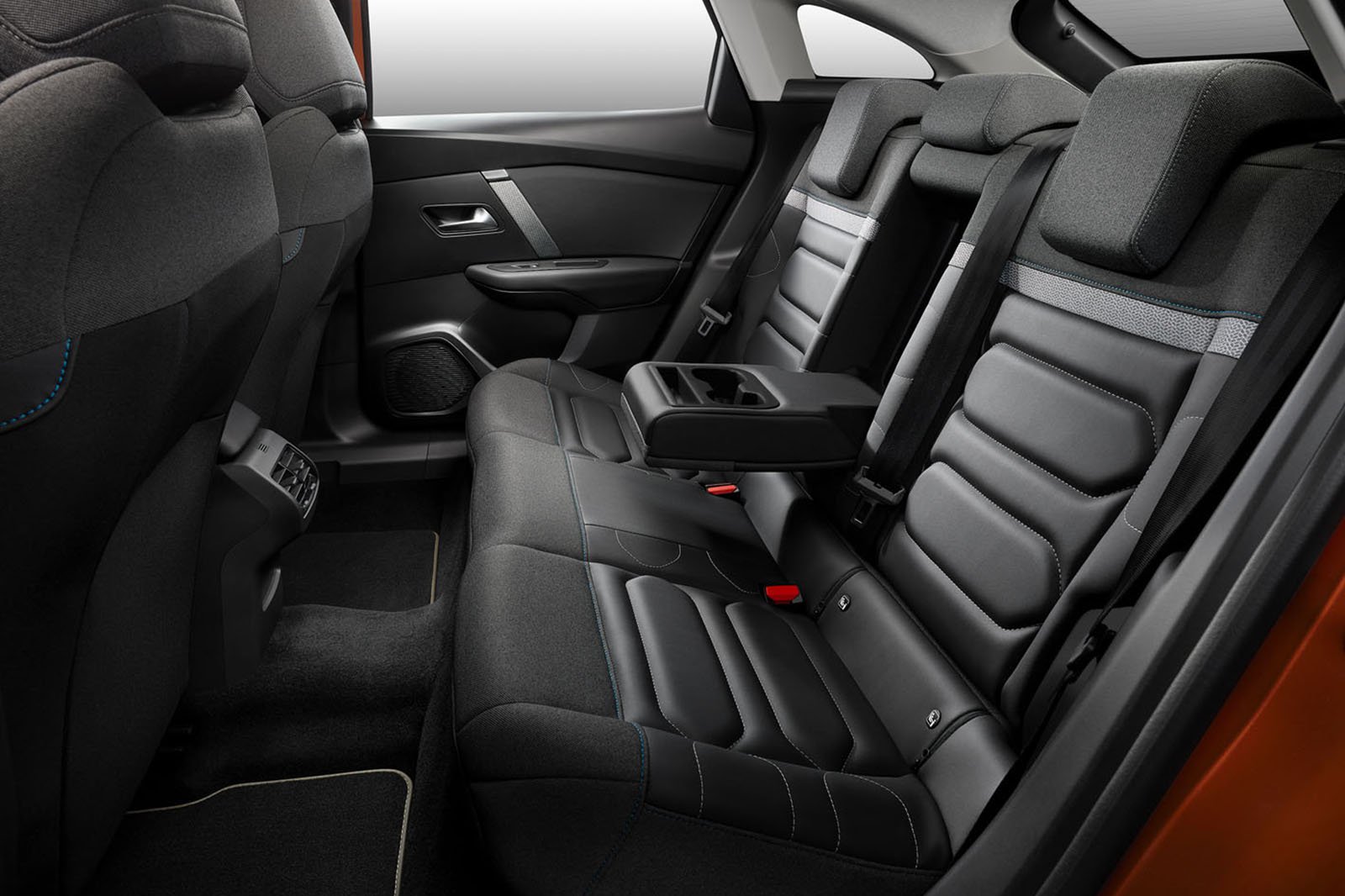 Prices haven’t been revealed yet, but we'd expect there to be a slight increase over the C4 Cactus, which currently costs from £22,145 and can be bought for as little as £17,698 through our New Car Buying service. The ë-C4 is likely to cost more than £30,000.