While you wouldn't call it cheap, the new Tesla Model Y is the most affordable Tesla SUV yet and has a range of up to 336 miles... 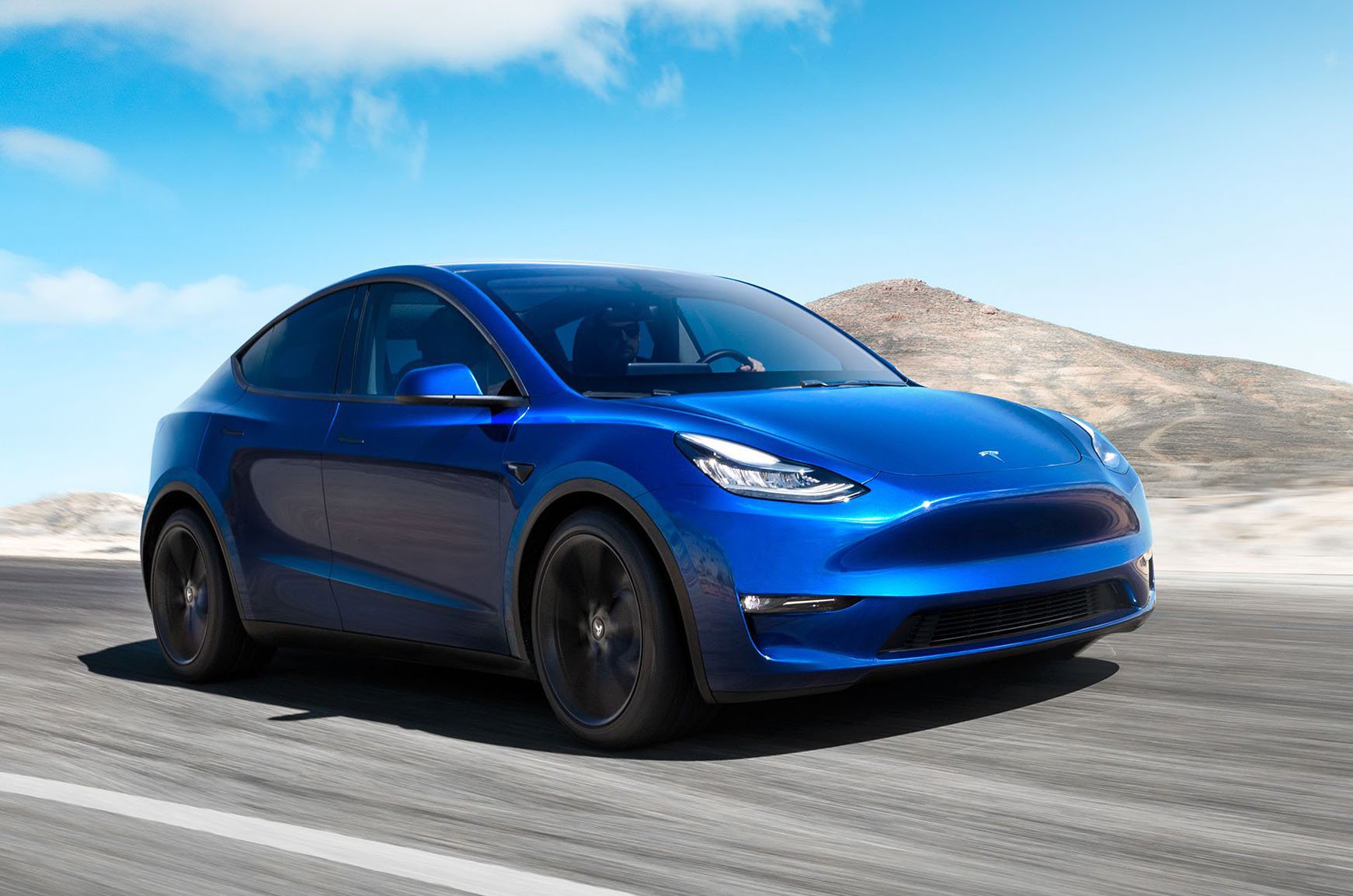 When the new Tesla Model Y goes on sale, the electric vehicle maker will realise another ambition of its owner, Elon Musk: to literally have a SEXY range of cars.

Due on sale in the UK in late 2021, the Model Y is a mid-sized SUV that joins the Model S luxury car, the Model 3 executive saloon (which has a badge that’s styled to be mistakable for an E and would have used this letter had Ford not already trademarked Model E) and the larger Model X SUV.

Two versions of the Model Y are likely to be offered here initially: the Long Range, which is capable of around 300 miles between charges on America's official EPA test cycle, and the more powerful and expensive Performance, which still manages 280 miles.

Tesla estimates that this would translate to 336 miles and 314 miles respectively in Europe's WLTP test, figures that compare favourably with the 292 miles that the Jaguar I-Pace manages and the 282 miles of the upcoming Audi Q4 e-tron.

A 15-minute charge at one of Tesla’s third-generation Superchargers is enough for 168 miles of range. And the Model Y delivers the impressive performance we’ve come to expect from the brand's cars, with the Long Range getting from 0-60mph in 5.5sec and the Performance taking just 3.5sec – about the same as the new Porsche 911. 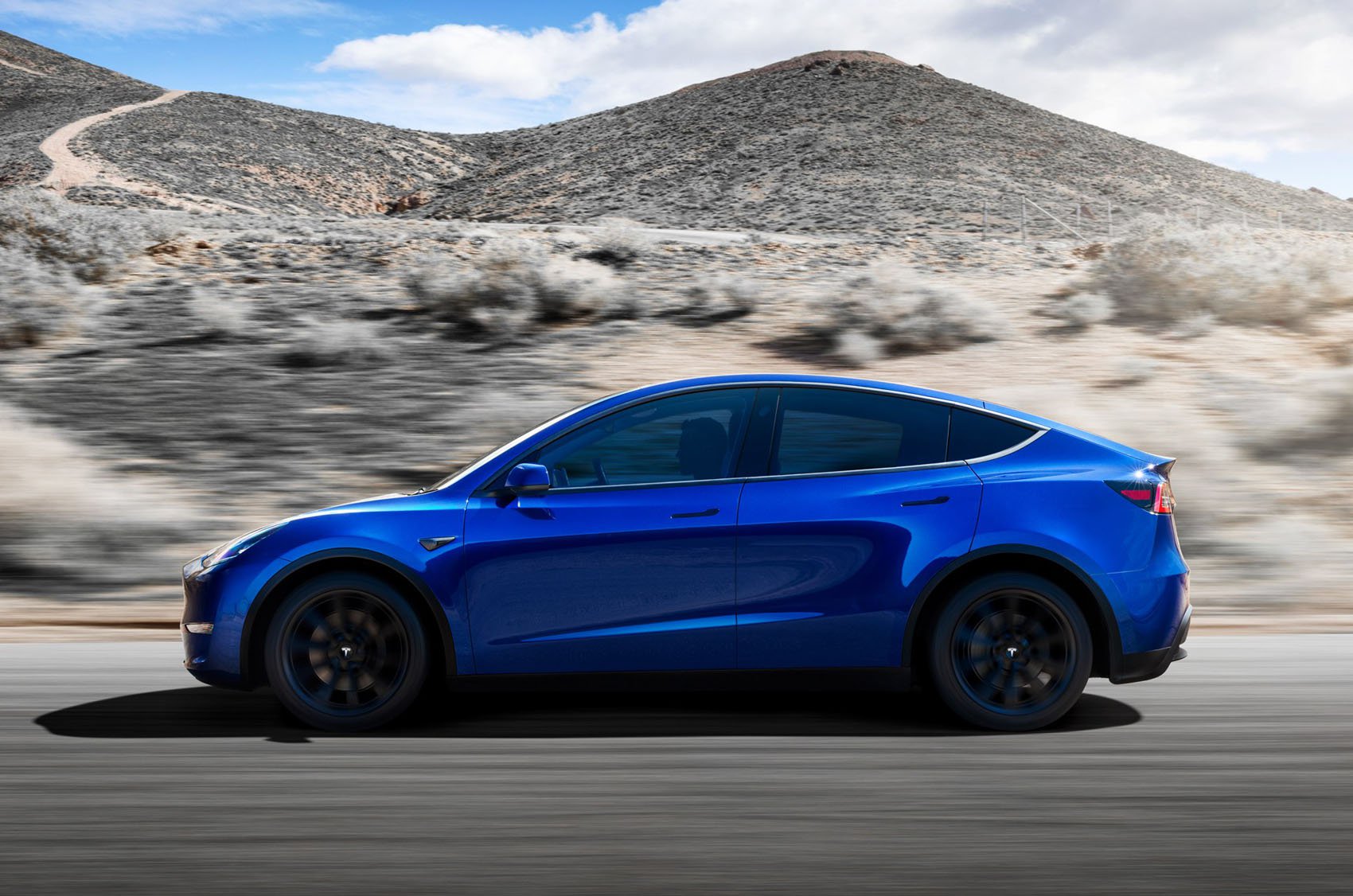 Indeed, thanks to its batteries being positioned beneath the floor, giving a low centre of gravity, Musk claims that the Model Y will have "the functionality of an SUV but the ride of a sports car, being really tight in corners".

In the US, Tesla is also offering an entry-level Model Y that’s capable of 230 miles on the EPA cycle (or 298 miles on WLTP) and 0-60mph in 5.9sec, but this is unlikely to come to the UK to start with.

All versions feature a panoramic glass roof and a massive 15.0in touchscreen, through which almost everything is controlled. And although the Model Y has frameless, conventionally opening rear doors instead of the gullwings found on the more expensive Model X, it's still available with seven seats. 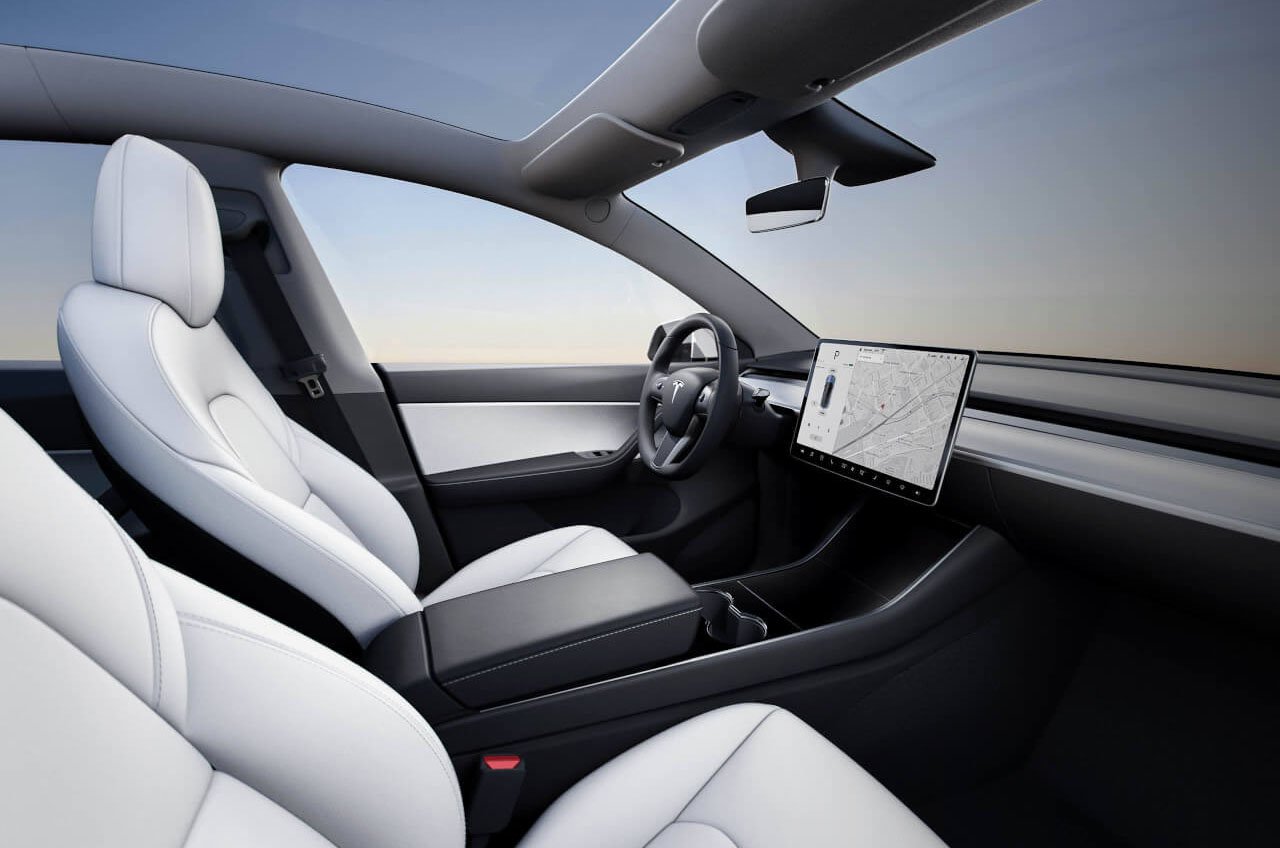 The dashboard design is pretty much identical to that of the Model 3, meaning it's incredibly minimalist, while the exterior blends the closed front end of the Model 3 with a profile that's more reminiscent of the Model X.

Tesla sold more than 120,000 examples of the Model 3 last year, making it the world’s best-selling electric car. And given the popularity of SUVs, demand for the Model Y could well be even higher.

The Model Y is one of 14 cars in contention for the 2021 What Car? Reader Award, which will go to the upcoming model that people are most excited about. You can cast your vote here.