On their own, flour, eggs, milk, butter and sugar would be pretty unappealing, but mix them together and you can create a magnificent cake. The new Peugeot 408 is taking the same approach, because by mixing together elements from the executive car, estate and SUV worlds, it’s aiming to appeal to more buyers than any of those single markets would normally attract.

Closely related to the Citroën C5 X, the 408 adopts the same swept-back stance as that model, with the higher ride height of an SUV and body cladding around its lower edges. Striking features on the 408 include slim LED daytime running lights that look like fangs in the dark, plus a bold front grille and bespoke 20in alloy wheels. 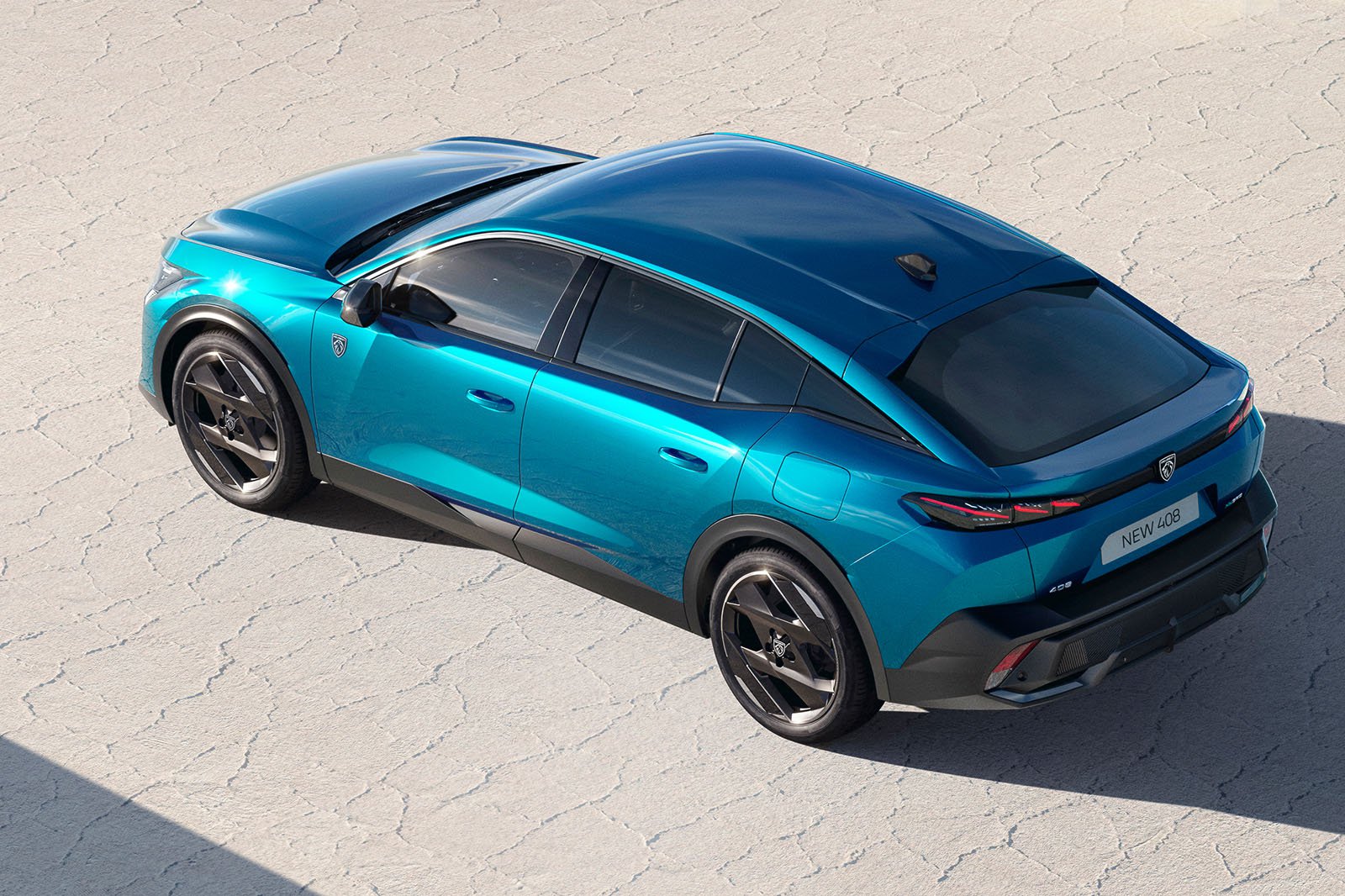 The 408 shares its underpinnings with the 308 family car and 3008 SUV, and uses the former’s plug-in hybrid engine options. The 180 and 225-badged hybrid models combine a 1.6-litre petrol engine with an electric motor, with the former producing 178bhp in total and the latter 222bhp. Both variants get their electric power from the same 12.4kWh battery. While Peugeot has yet to reveal how far these versions can take you on electric power alone, in the smaller 308, the range is officially just over 40 miles.

Charging the plug-in hybrid versions should take less than two hours if you use a typical 7kW home wallbox. A full charge using a standard three-pin plug will take around seven and a half hours. 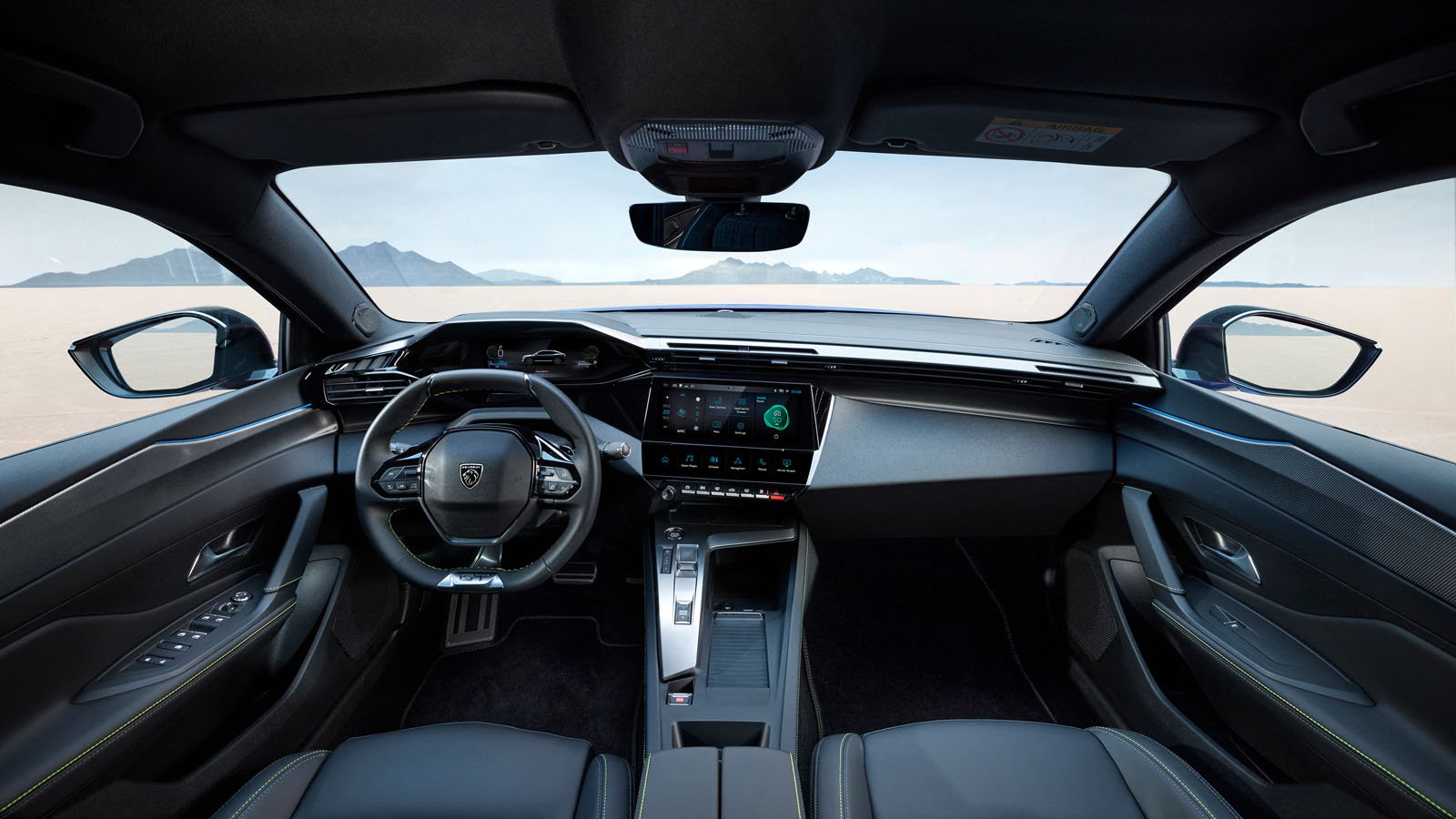 A conventional 1.2-litre petrol engine with 129bhp is also offered. No matter which version you go for, an eight-speed automatic gearbox is standard.

If you really want to go green, a fully electric version of the 408 – likely to be called the e-408 – will arrive within the next year. It should offer a range of at least 200 miles between charges and will go up against rivals that include the Kia Niro EV and Skoda Enyaq iV.

Inside, the 408 features Peugeot’s i-Cockpit design, which has you looking over a small steering wheel at a high-set digital instrument panel, rather than through it. In the 3008 SUV, this set-up works quite well, but we’d recommend going for a test drive to make sure the steering wheel doesn’t block your view of the display. 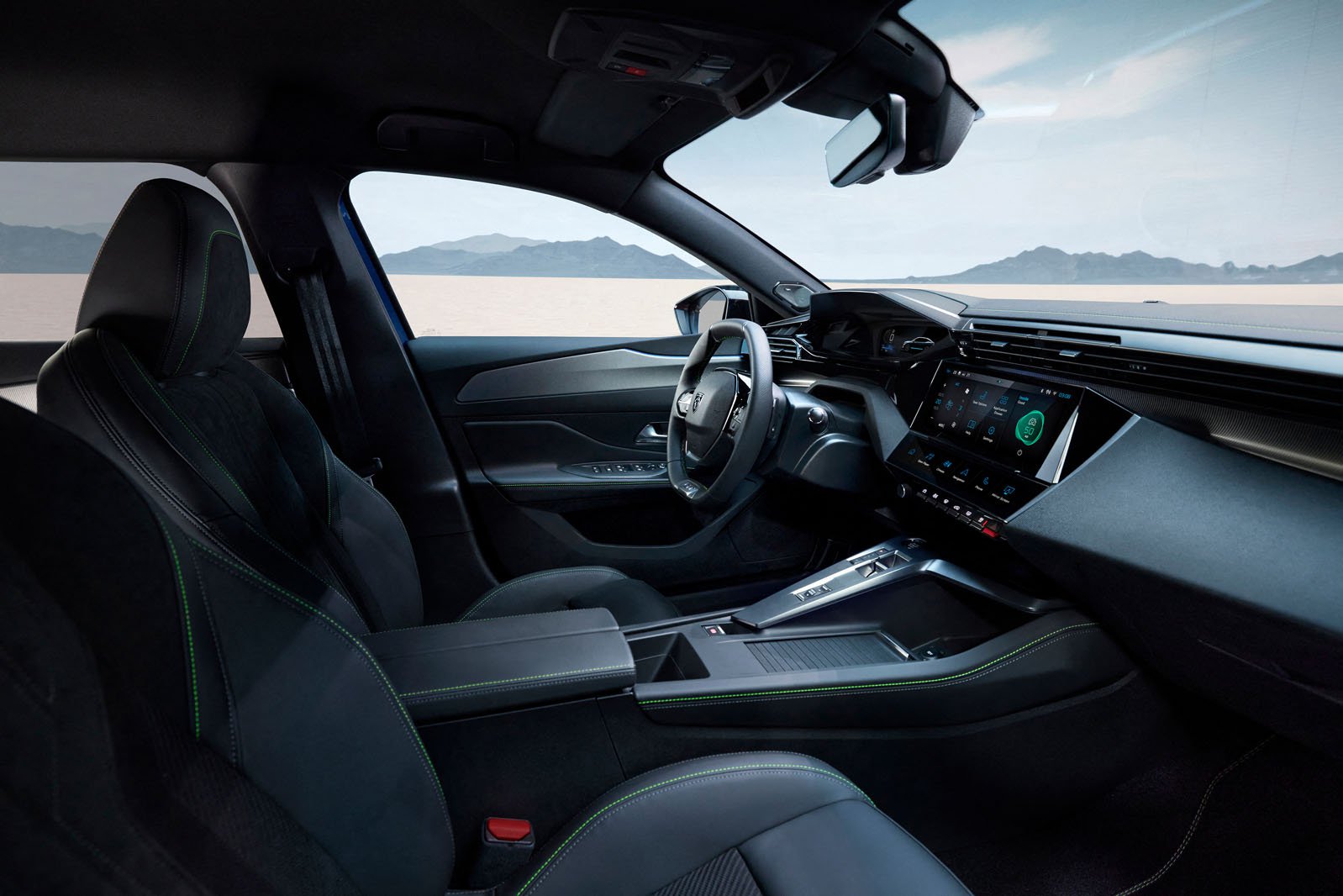 The instrument cluster can put a variety of information, including the sat-nav map, right in front of you, while there’s also a separate 10.0in touchscreen for infotainment. In the 308, we like the crisp graphics of this system, but it can be slow to respond to inputs. Meanwhile, there are physical toggle switches below the screen that can be programmed to perform specific tasks, such as setting your ideal air temperature or switching to your favourite radio station, as well as natural language recognition, so you can adjust most settings by saying “OK Peugeot”.

Two phones can be connected to the car with Bluetooth, and there are four USB-C charging ports inside the 408 for keeping your devices topped up.

With a capacity of 536 litres, the 408’s boot is much bigger than those of conventional executive saloons such as the BMW 3 Series. Boxier large SUVs such as the Hyundai Santa Fe and Citroën C5 Aircross offer more, though. You can split and fold down the 408’s seats if you’re in need of more space, too. 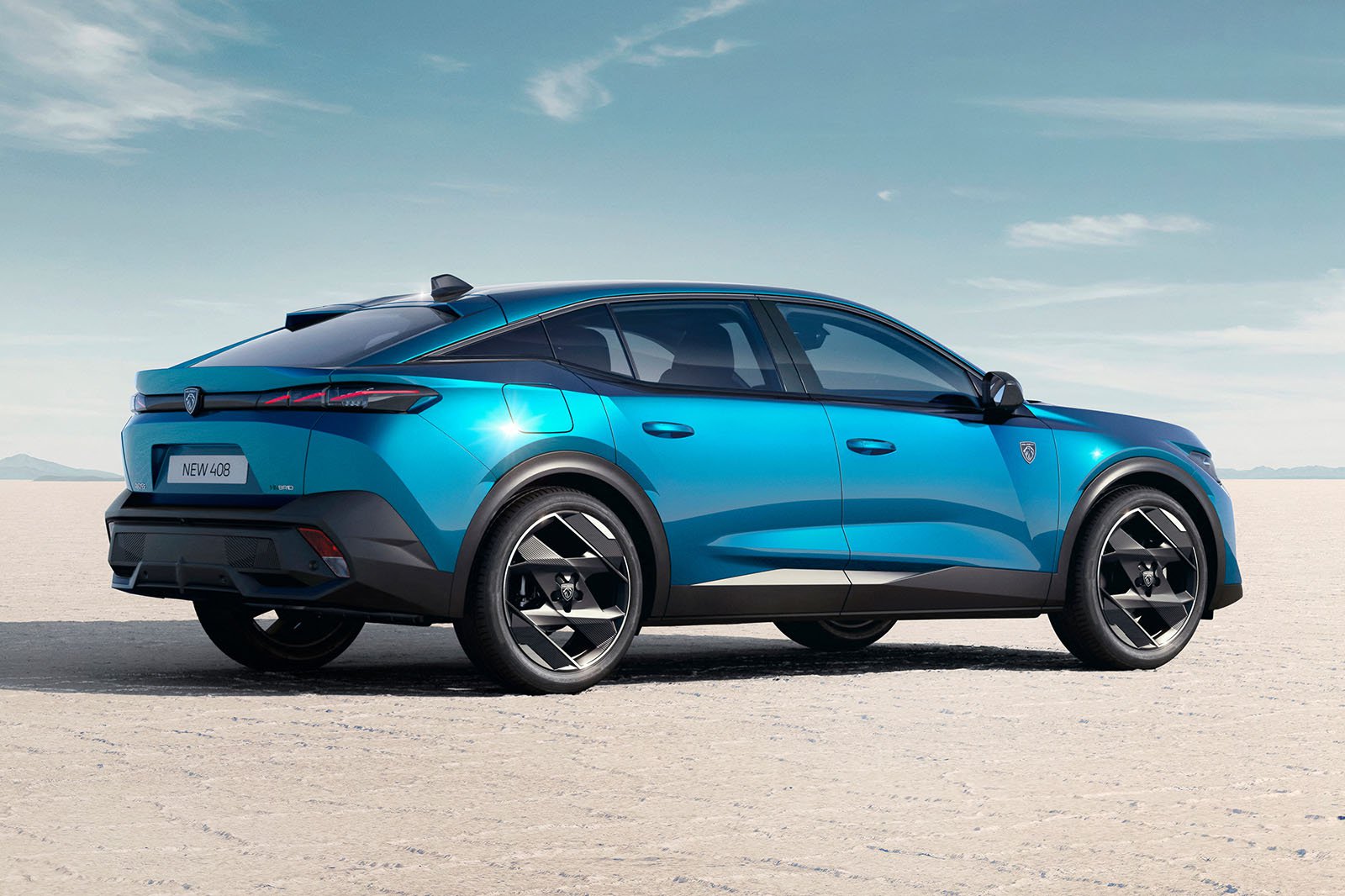 Available driver assistance kit on the 408 includes adaptive cruise control, blindspot monitoring, rear cross-traffic alert and a night vision system that can spot hazards before they’re seen by your headlights. 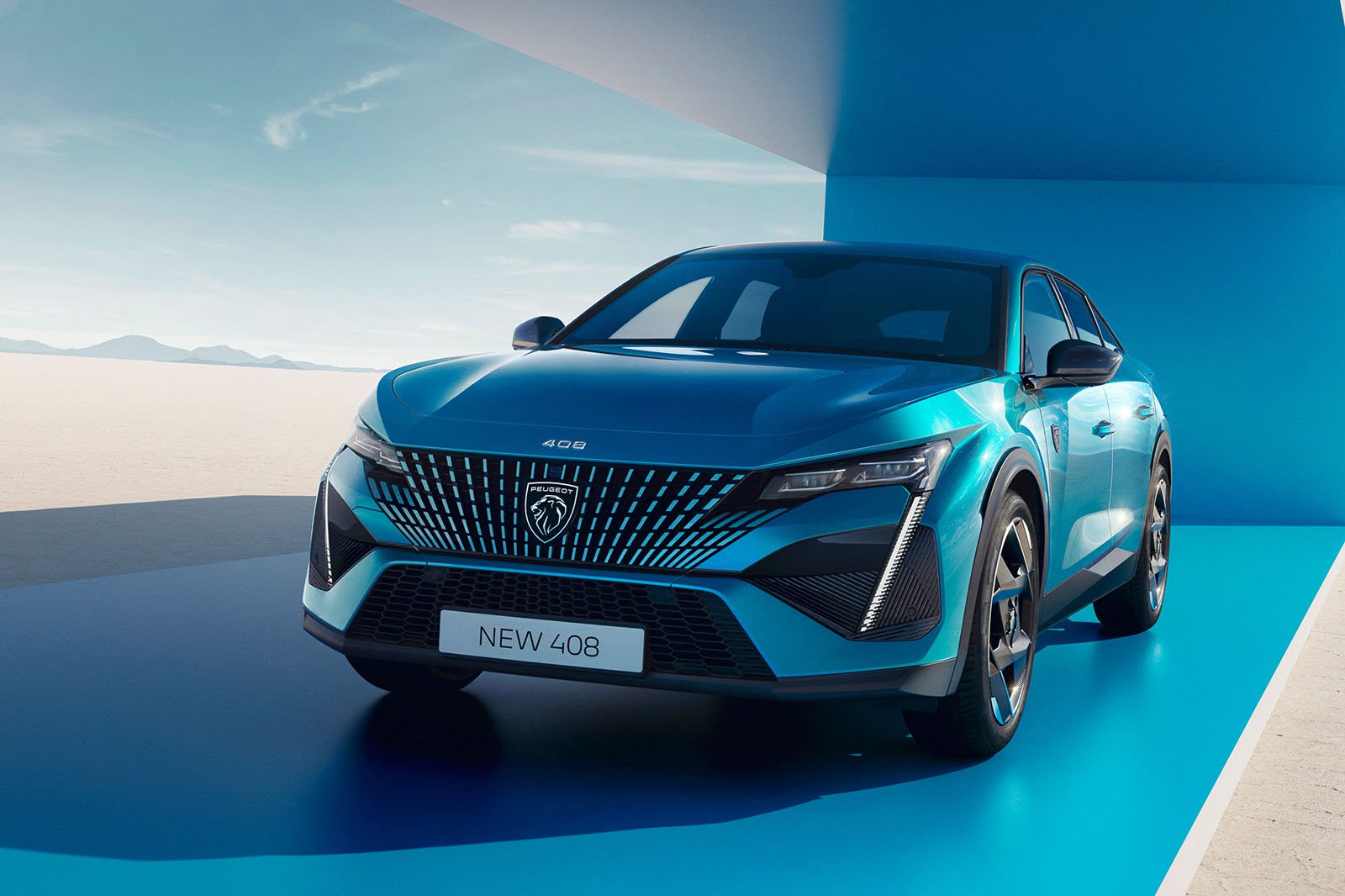 Prices for the 408 haven’t yet been revealed, but they’re expected to start at around £28,000. That would allow the 408 to slot neatly in between the existing 308 and 3008 in Peugeot’s range, and would make it slightly more expensive than its C5 X sibling.