More for you |
True MPG: most and least efficient cars revealedConfessions of an AA technicianUsed BMW i3 vs VW e-GolfHow to spec a Jaguar XENew issue of What Car? magazine on sale now
Home
News
Geneva motor show: Toyota FT-Bh
news 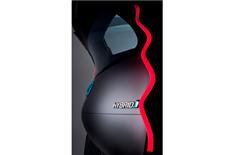 More images of the Toyota FT-Bh concept car have been released ahead of its public debut at the Geneva motor show next month.

Toyota has previously revealed a sketch of the new car, but the two new images show more details. One shows the rear light and tailgate, while the other appears to be a close-up of the headlight.

The FT-Bh name stands for Future Toyota B-segment Hybrid. The B-segment part refers to the conventional supermini category that includes cars such as the Ford Fiesta and Volkswagen Polo.

Toyota says the FT-Bh has a downsized hybrid powertrain and is built using economically viable methods and materials.

Despite the FT-Bh having the same dimensions as a full-size supermini, Toyota says the sub-800kg car weighs less than an Aygo 3dr.

Toyota launched an all-new Yaris last year, and a Yaris Hybrid goes on sale in June, so any production model based on the FT-Bh would appear to be some years away.

More details of the FT-Bh concept car will be revealed at the Geneva motor show.