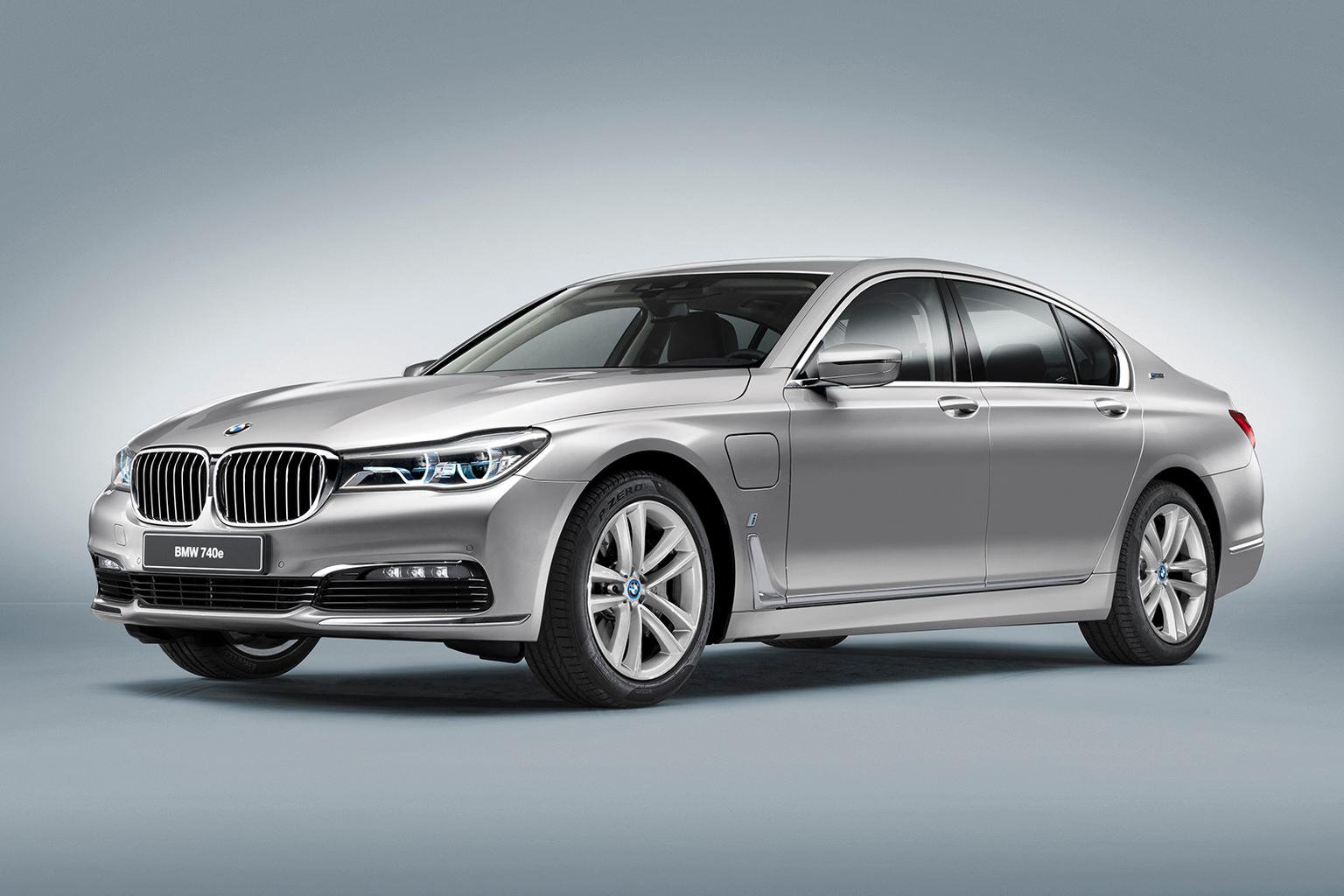 The new hybrid version of BMW's 7 Series has been revealed and will reach the UK this summer following its debut at the Geneva motor show next month.

The luxury model is the first BMW hybrid to be given the iPerformance badge as BMW looks to tie in its mainstream cars with its futuristic 'i' brand.

The sole engine choice is a 2.0-litre petrol, which is mated to an electric motor. The system gives a combined power output of 322bhp and 369lb ft of torque. It's capable of returning a claimed 134.5mpg, with CO2 emissions rated at just 49g/km. The 740e can also reach 62mph from a standing start in 5.6sec, with the long-wheelbase version being only slightly slower.

In all-wheel-drive xDrive form, the 740e iPerformance returns 122.8mpg, with CO2 emissions of 53g/km. It's slightly faster to 62mph, taking 5.5sec. All models come with an eight-speed automatic gearbox.

BMW says the hybrid 7 Series can be charged from a domestic power socket in less than four hours, or from a wall-mounted charging point in under three hours.

As the 740e iPerformance is based on the luxurious 7 Series, it's already loaded with kit. Extra standard equipment on the hybrid model includes bespoke graphics for the instrument cluster, LED headlights, a mobile phone charger and satellite navigartion.

BMW hasn't revealed pricing for the 740e iPerformance, but expect it to appear towards the top end of the BMW 7 Series range. High-end versions of the 7 Series currently cost around £79,000.

The 740e iPerformance's main rival is Mercedes-Benz's hybrid version of the S-Class, which currently has a four-star rating on What Car? We've been impressed with the regular 7 Series, too, so this hybrid version should be a tempting proposition.