Renault has upgraded the Zoe with a super range, while MG is undercutting every comparable electric car. Who has the brighter idea?...

Being longer, taller and wider, the ZS is the car you’d choose to sit in the back of. Even with the panoramic roof of Exclusive trim, there’s comfortable head room for six-footers. Anyone that tall in the Zoe’s rear will have to cower and put up with less knee room.

The boot battle isn’t so clear cut, though, because while the ZS’s is 195mm longer, the Zoe’s is 170mm taller below the parcel shelf and usefully squarer. Both can take five carry-on suitcases, but pass over the Zoe’s Bose stereo option (£500) and there won’t be a subwoofer bolted to the middle of the floor, enabling you to squeeze in a sixth. 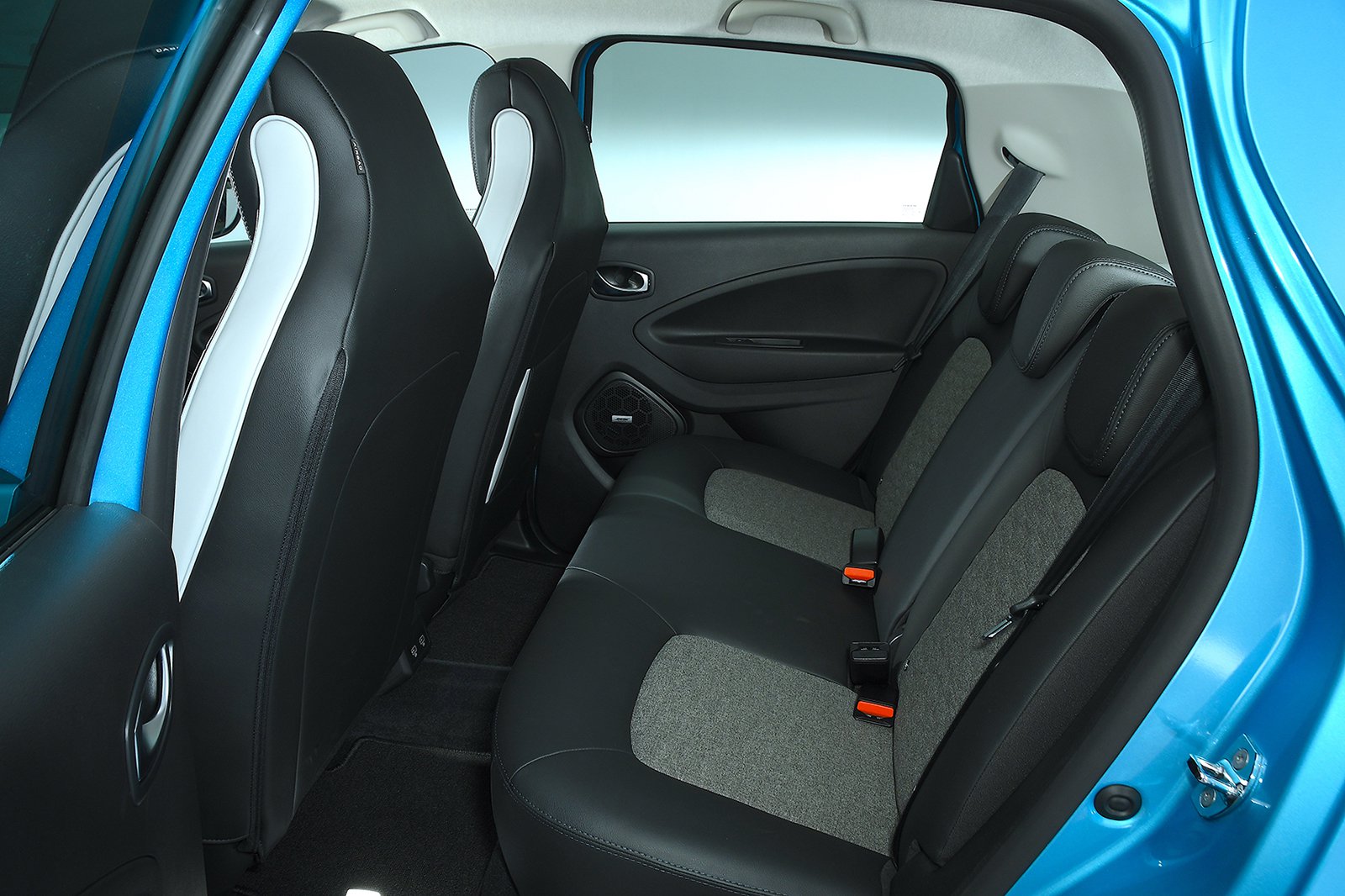 Should you need to carry more stuff, both cars have 60/40-split rear seats, although folding them down leaves an annoying step in the extended load bay. However, the ZS features an adjustable boot floor that sits at the same height as the folded seats when it’s in its highest setting. 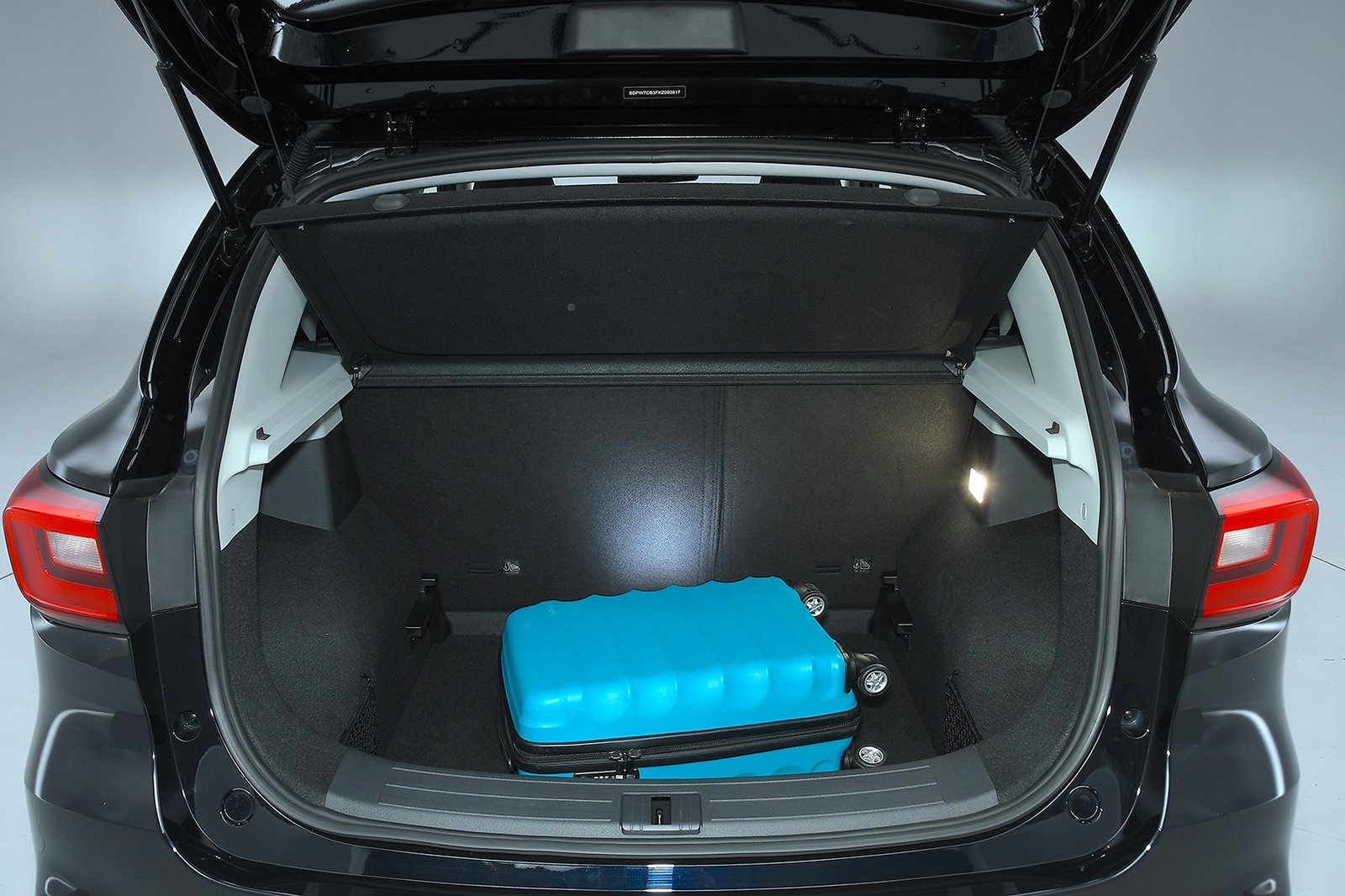 Standard panoramic glass roof on range-topping Exclusive trim robs the ZS of some head room, but there’s still appreciably more than in the back of the Zoe. Squeezing three people across the bench is easier, too. 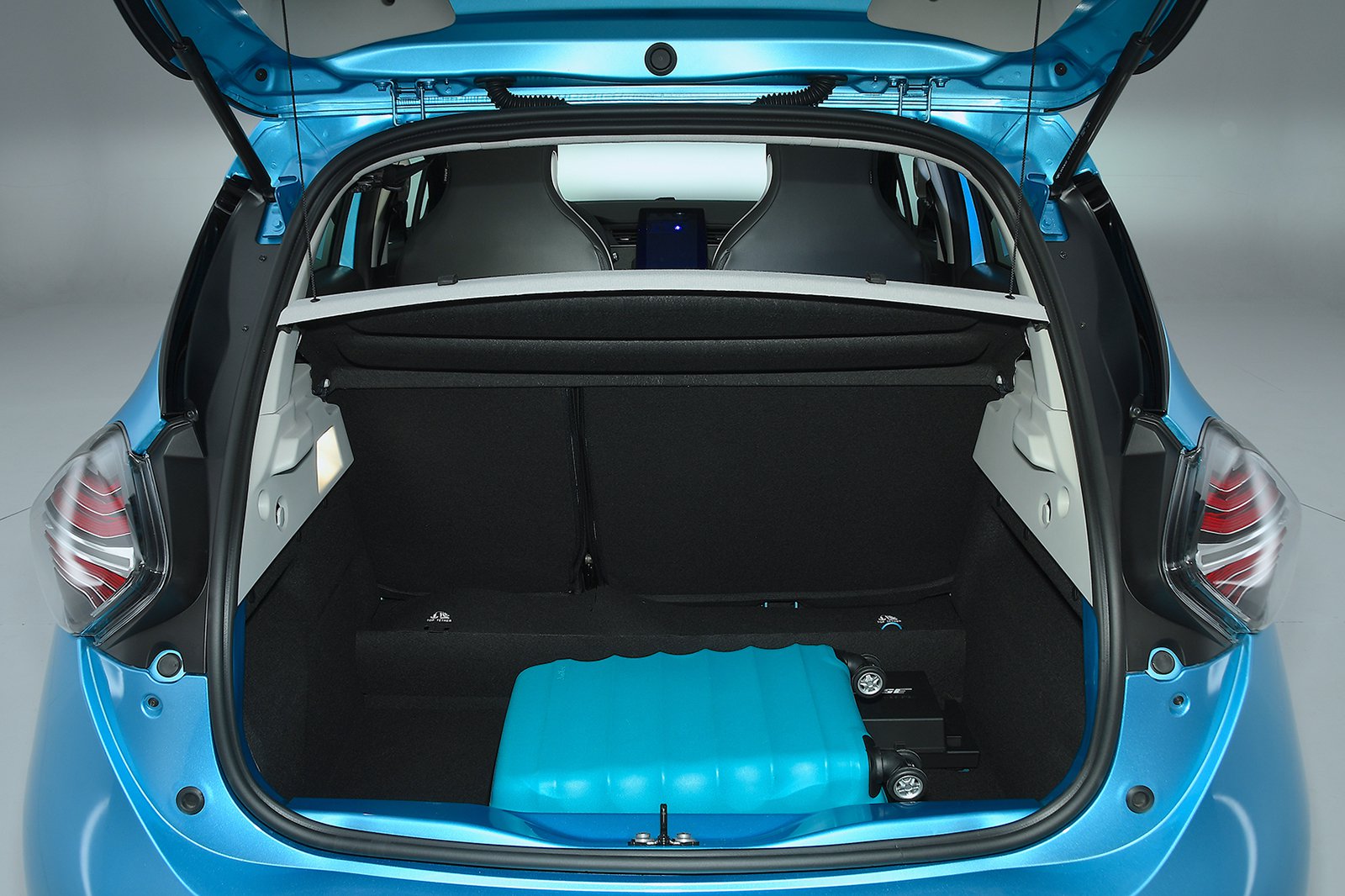 A six-footer will fit in the back of the Zoe but will feel a little squeezed for both head and leg room. The boot is much taller than the ZS’s but also a lot shorter, and there’s a much bigger lip at the entrance for you to lift items over.