The latest Skoda Kodiaq is a great large SUV, but can it beat the prestige appeal of a used Land Rover Discovery Sport?... 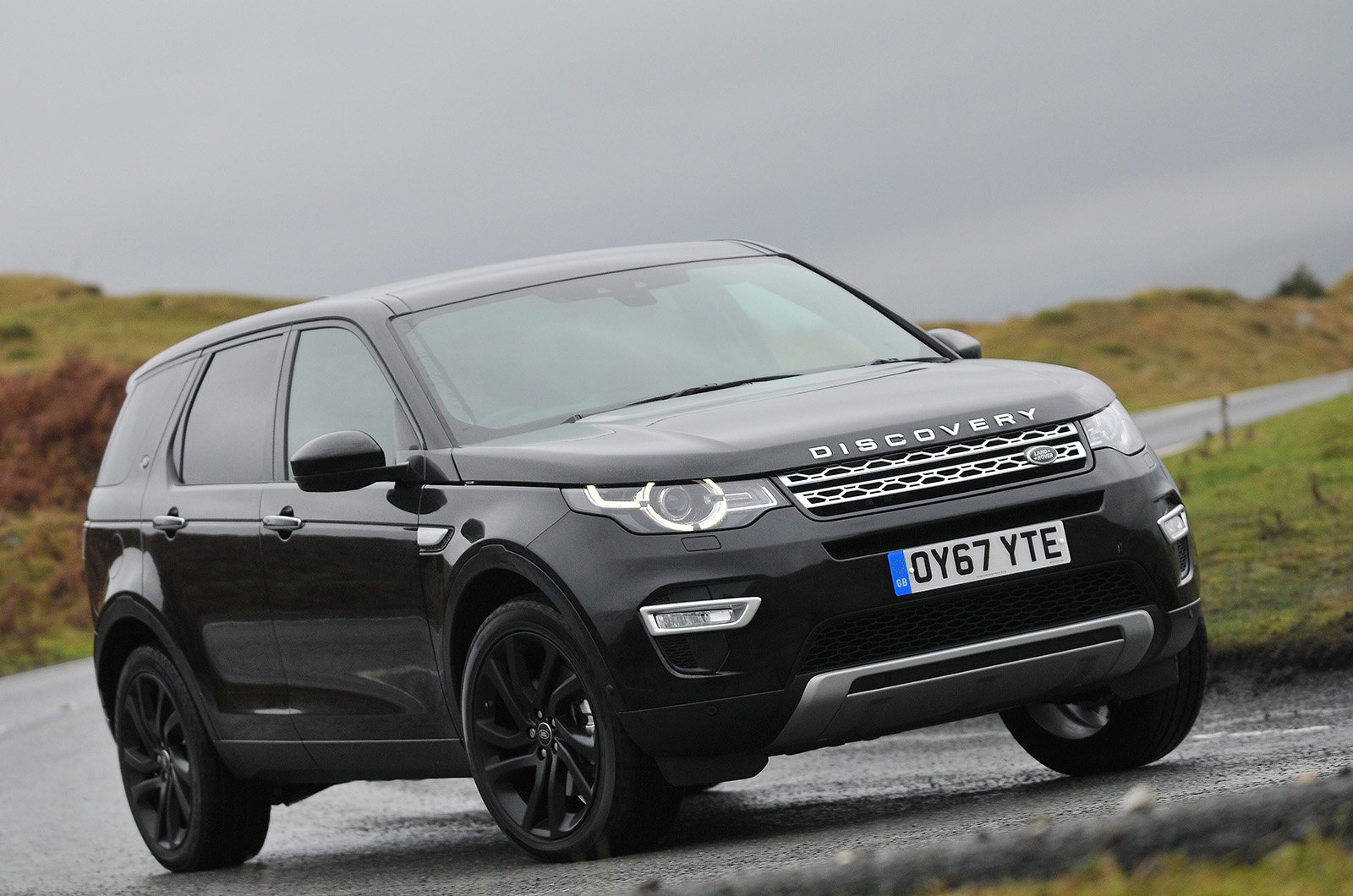 Both the Kodiaq and Discovery Sport have precise steering, but the Skoda has the lightest set-up of the two. This helps with parking maneuvers but some may find it to be too slight at higher speeds. However, the Kodiaq is quite agile as large SUVs go and there’s plenty of grip for safe, predicable handling, even in emergency situations. You may find that the ride in town is on the firm side of things, and only really settles down when you get up to speed.

Things are really quite peaceful in the Kodiaq at motorway speeds because both road and engine noise is well suppressed. Wind noise isn’t quite so well damped out, but that’s to be expected given the size of the door mirrors.

The seven-speed DSG auto gearbox provides very swift changes, but can be jerky when parking and can dither a bit when entering a roundabout from a dead stop. Shame really, because the torquey 2.0-litre diesel engine has little trouble getting the Kodiaq off the line, even when all seats are occupied. The brakes, fortunately, are strong and the pedal feel is progressive which gives you confidence in slowing such a large vehicle down.

The Discovery Sport is certainly better suited to the relaxed driver than the one who wants something to hustle down a country lane. Body roll is noticeable and the Sport, despite its namesake, never feels as sharp as more firmly sprung rivals. You might think that this should make for a comfortable ride, though, and for the most part, it is. We’d avoid going for a car with alloy wheels larger than 18in because bigger wheels make for a jittery low-speed ride.

The big door mirrors do whip up some wind noise at speed and there is a bit of road roar, but never to any extreme extent. The 2.0-litre diesel engine in the Discovery Sport is more powerful than the one in the Kodiaq, but the nine-speed auto can be a little slow to respond so it never feels significantly faster. Once up to speed, though, the extra gear ratios do a good job of keeping the revs low at a steady cruise. The brakes are a touch over-assisted, but they do the job, nevertheless.

There’s very little between the two in terms of cost. The list price of the Skoda Kodiaq 2.0 TDI SE DSG auto is £31,560, but when you take the What Car? Target Price into consideration, it’s a much more palatable £29,359. If you use our What Car? New Car Buying Service, you should be able to get even more off.

From a Land Rover dealer, a 2018 Discovery Sport 2.0 TD4 HSE auto with an average mileage should cost around £29,000. That's marginally cheaper than the Skoda, and it’ll cost a similar £145 per year in road tax because the list price of the Discovery Sport was under the £40,000 luxury car tax limit at the time.

Where there will be a difference is in terms of running costs, because the Discovery Sport won’t be as economical as the Kodiaq. If we look at the latest WLTP fuel economy figures, the Kodiaq has a combined economy figure of 40.4mpg, while the current figure for a similar spec Discovery Sport is just 36.2mpg. Mind you, the Land Rover has a permanent four-wheel drive that is less fuel-efficient than the part-time four-wheel drive system used in the Kodiaq, which runs in front-wheel drive mode normally and only engages the rear wheels when it detects the front tyres scrabbling for grip.

Trouble is, you may very well need that additional warranty cover with a Discovery Sport. In our 2018 What Car? Reliability Survey, the Discovery Sport finished in 22nd place out of 25 entrants in the Large and Luxury SUV category. The Kodiaq, on the other hand, managed a much more credible result of 11th place. Land Rover, as a brand, had an appalling score of second from bottom out of a class of 31, while Skoda finished within the top ten in seventh place.