Do you think pick-ups are just farm or building site workhorses? Think again. Here, we choose the best of them from the UK’s eight main contenders... 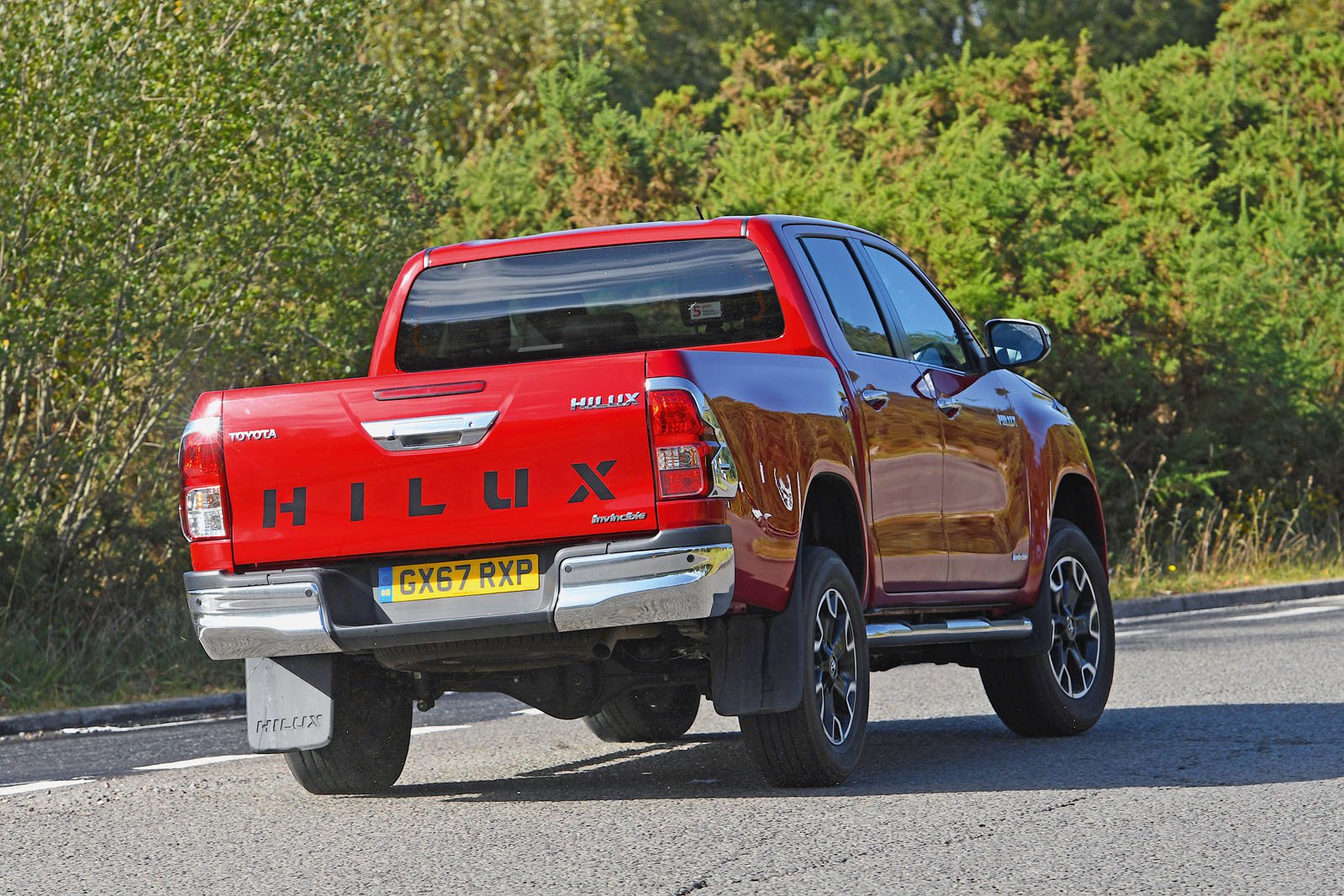 The Toyota Hilux has been around for more than half a century, and in that time its reputation for bombproof reliability has made it the de facto choice for many pick-up buyers around the world. However, with an increasing number of consumers looking at pick-ups as an alternative to large SUVs, this latest model is tasked with appealing to a broader audience. So, has it succeeded?

Well, yes and no. Even though Toyota has clearly focused on the luxury end of the pick-up market, the Hilux has certainly not forgotten its working-class roots. Indeed, viewed purely as a commercial vehicle, it’s one of the most impressive trucks here. For example, it has one of the most practical load spaces, because its bed is among the longest in the class and the sides are nice and shallow to allow easy access from the outside. Plus, it has the highest payload rating in the class.

However, even if you work on a farm or a building site, you still want your pick-up to be usable day to day, and that’s where the Hilux falls down.

Its interior is relatively narrow, while space for rear seat passengers is poor; only the L200 and Fullback are worse in this respect. And while the interior feels rugged enough to cope with the rigours of working life, the materials don’t look premium enough for a pick-up at this price point.

But where the Hilux really falls behind the pack is in its on-road driving manners. As we mentioned earlier, the Hilux can deal with huge weights in its bed, but this requires rear suspension that’s super-stiff, causing the rear end to become very bouncy over speed bumps and along rough roads. Thankfully, a heavy load in the bed does wonders for the ride, but you’ll still have to put up with the clattery 2.4-litre diesel engine and an old-school six-speed automatic gearbox that slurs heavily between shifts. 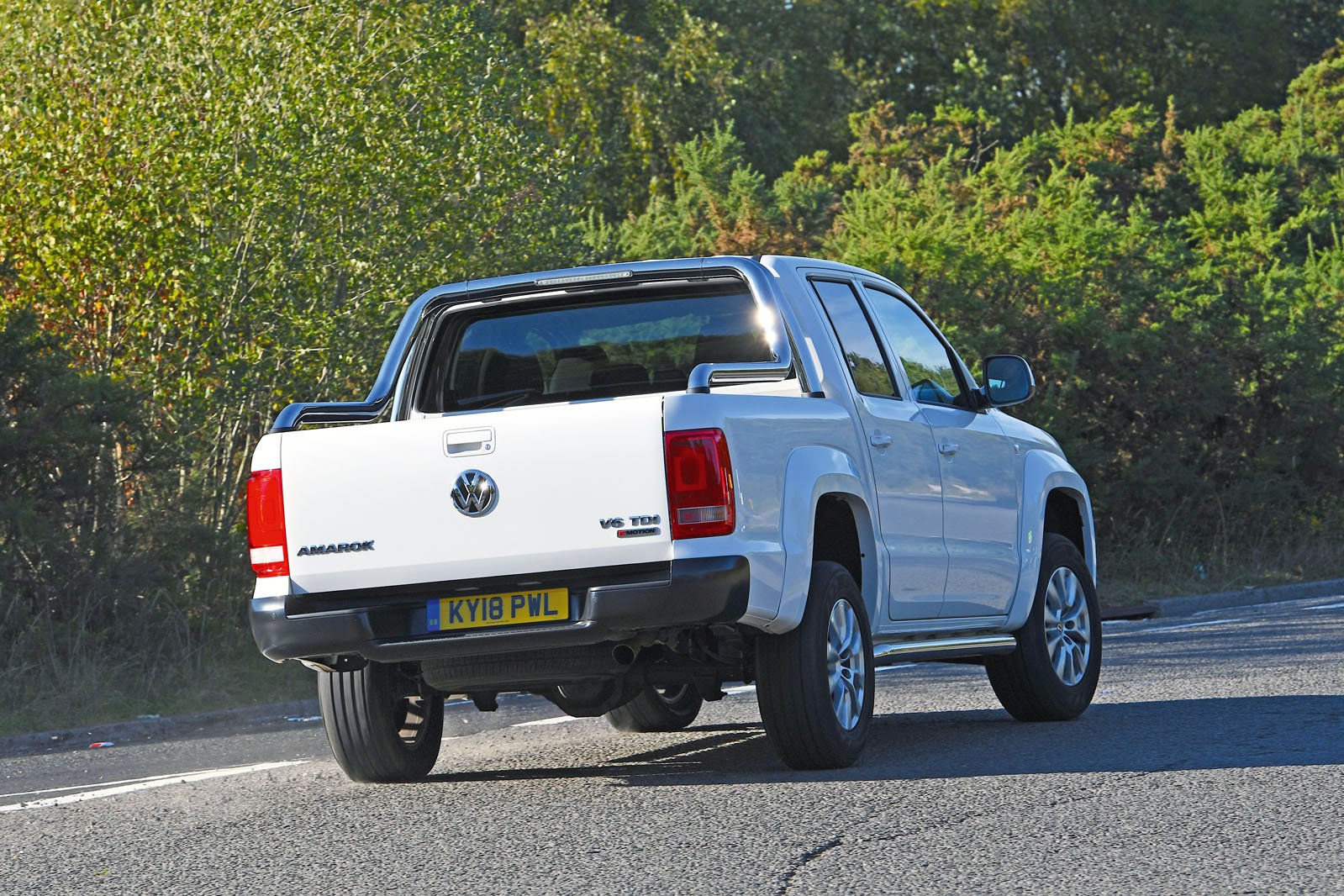 Despite being one of the world’s biggest car manufacturers, Volkswagen was relatively late to the pick-up party when it launched the Amarok in 2010. But there’s no harm in biding your time when you can launch a product as impressive as this.

The Amarok is extremely well rounded, and in many key areas it excels. On the road, it offers the smoothest ride, especially at higher speeds, with light and accurate steering, and it sets itself apart by being the only pick-up here to be powered by a V6 rather than a four-cylinder engine.

Even the entry-level 161bhp 3.0-litre model we tested has plenty of oomph, making the Amarok one of the quickest pick-ups you can buy. With loads of low-rev muscle, it pulls stoically at all times and has little trouble hauling around a heavy load. In practical terms, the Amarok stands out, too, with the widest load bed and one of the highest payloads. 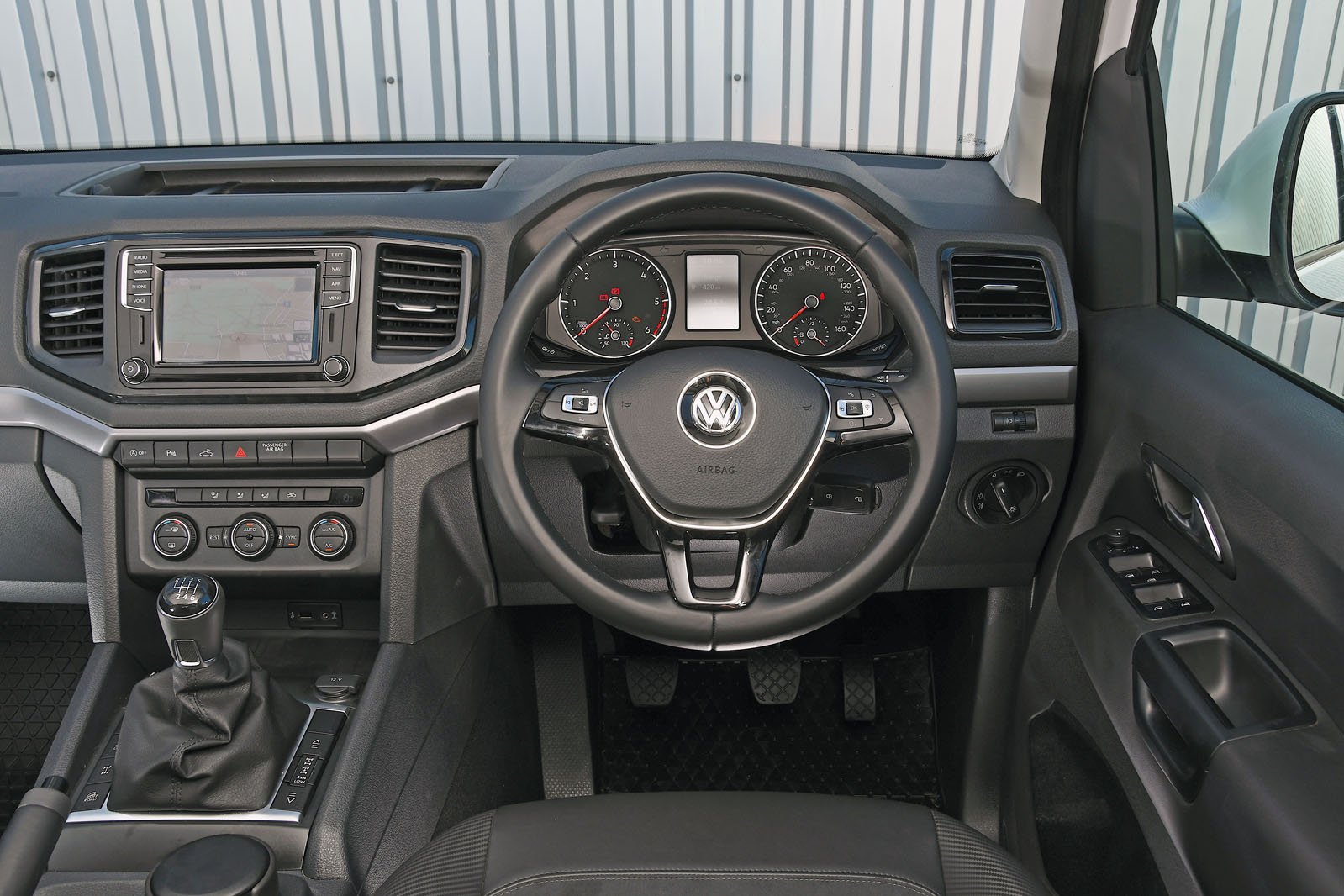 Inside, you’ll find a no-frills interior that trades flamboyance and panache for robustness and functionality. There aren’t that many soft-touch plastics, but it certainly doesn’t feel low-rent and it’s all very well put together. The infotainment is the best of the bunch, too, with helpful shortcut buttons and an easy layout.

There’s loads of head room front and rear, but leg room is a little tight in the back. The Amarok has the broadest interior of the lot, but that also means it’s the widest pick-up here – so squeezing it into tight parking spaces will probably be your biggest challenge, not helped by the fact that parking sensors and a reversing camera are expensive options.