More for you |
The best deals on our most in-demand carsThe best new car leasing deals on seven-seatersThe secrets of washing your car to perfection2021 BMW iX3 electric SUV revealed: price, specs and release dateShould I ditch my diesel-engined Porsche?
Home
Slideshow
Revealed: Every type of speed camera in the UK
slideshow

Revealed: Every type of speed camera in the UK

Read on as we explain how every type of camera monitoring our roads work - which ones do you recognise?...

Have you ever seen the dreaded double flash in your rear view mirror?

Or felt your stomach sink as you came over the crest of a hill only to find the beady lens of a bright yellow box staring right at your number plate? If not, many will envy you and your ability to rigidly adhere to speed limits on all roads across the nation. But whether you've been caught speeding or not, it's time to familiarise yourself with all the cameras out there waiting to pop three points on your licence.

Click the right arrow above to start What Car?'s guide to every speed camera used in the UK: 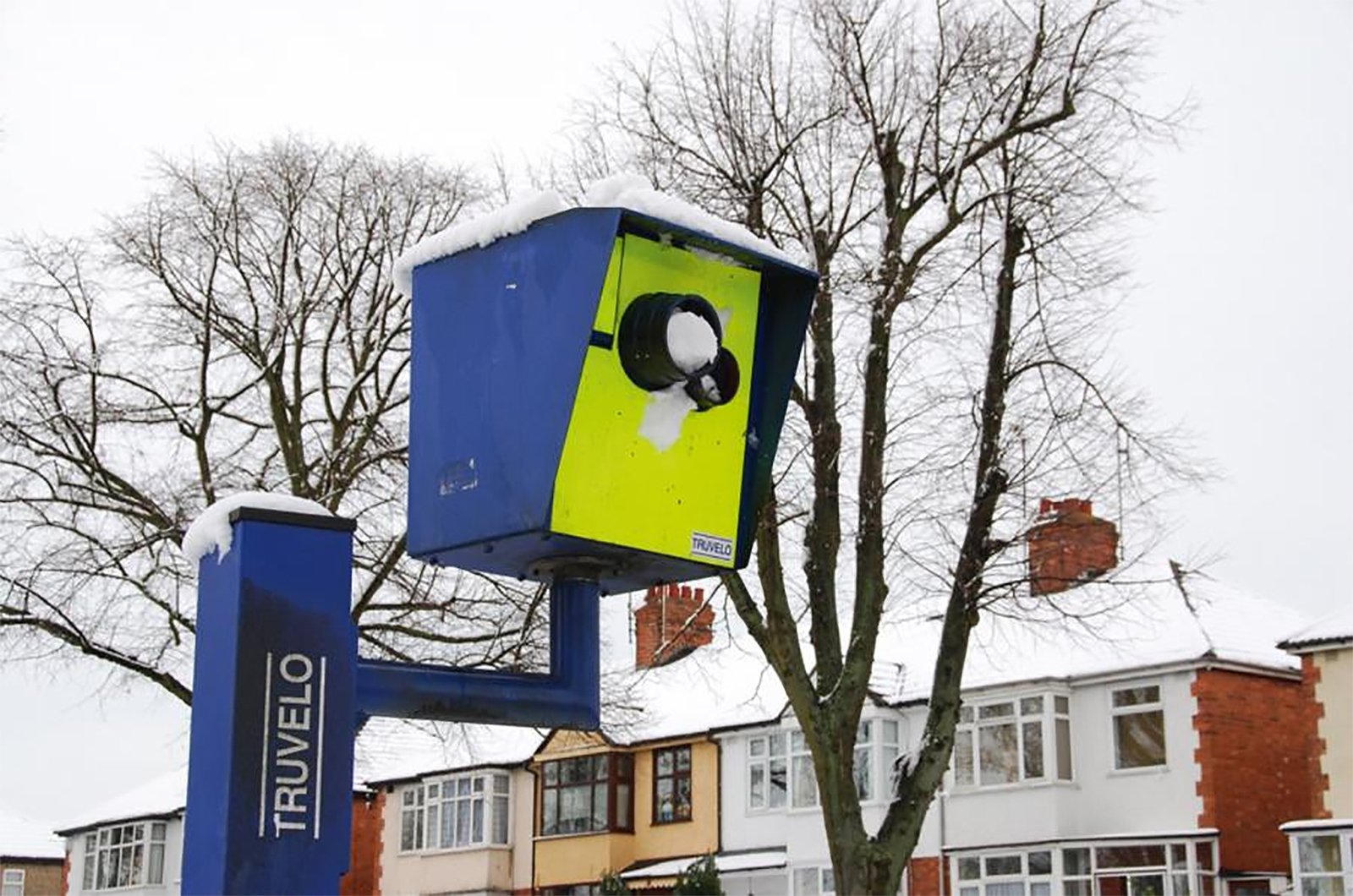 What is it? A fixed, forward-facing speed camera but it can be rearward-facing, too.

How does it work? Four pairs of sensors in the road calculate the speed of passing traffic. Farther along the road, towards the camera, are three lines. If the sensors detect a speeding vehicle, it is photographed as it crosses the middle white line.

Did you know? To avoid possible embarrassment, the photo will not be released to the driver without their permission. One advantage of these however is that it is much harder for a particular individual to deny they were driving at the time. 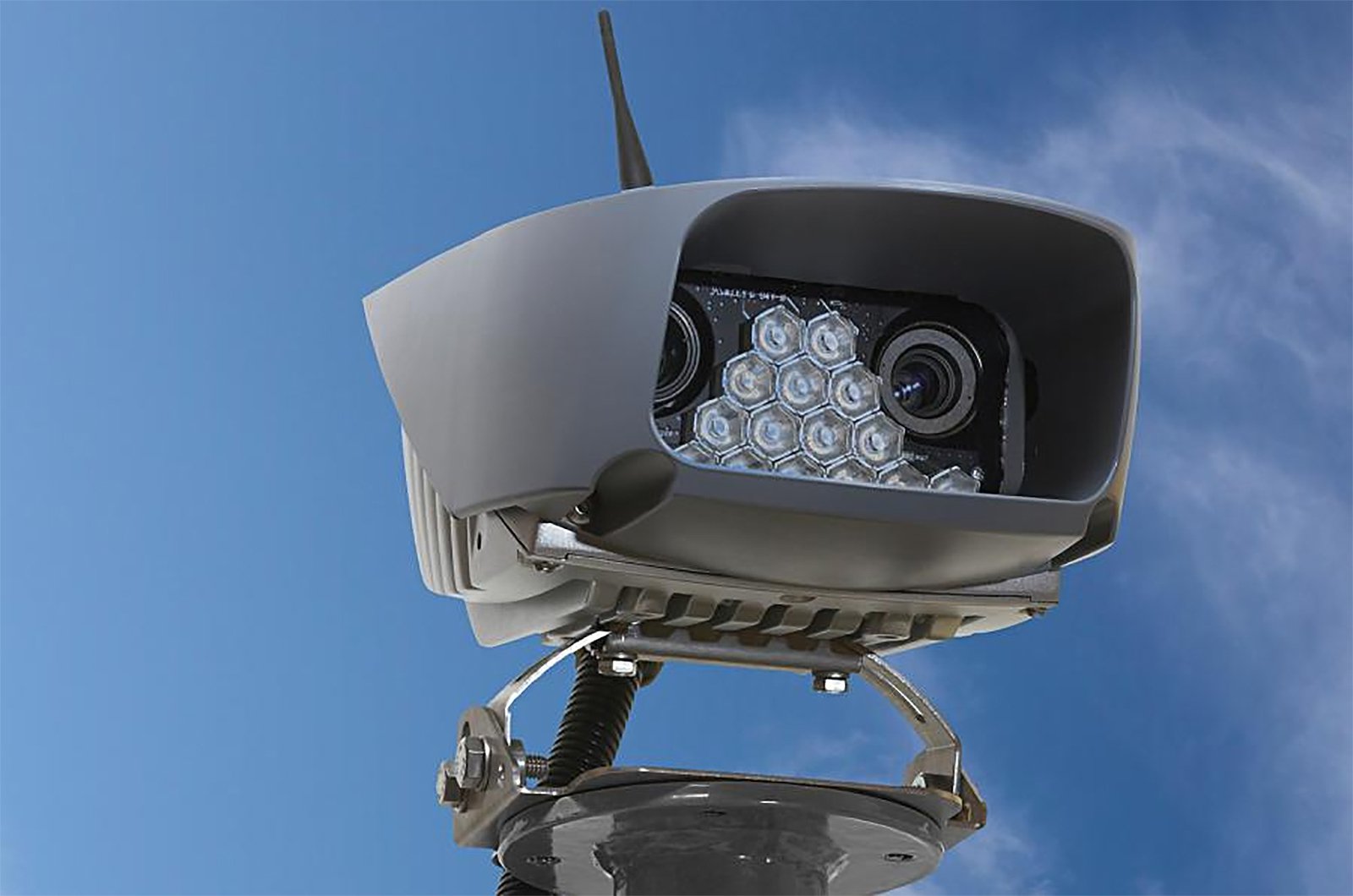 What is it? A form of average speed camera officially known as a two-lane bi-directional ANPR (automatic number plate recognition) camera.

How does it work? It uses ANPR to identify vehicles and calculate their average speed between different camera locations. It can monitor up to two lanes, and lanes flowing in opposite directions. It is capable of working in all weathers and at vehicles’ maximum speeds.

Did you know? Yellow-coloured ones monitor speeds. Vector cameras in grey are used to monitor bus lanes, red lights, yellow box violations, parking infringements, and tolled areas such as the London congestion zone and the Dartmouth Crossing. 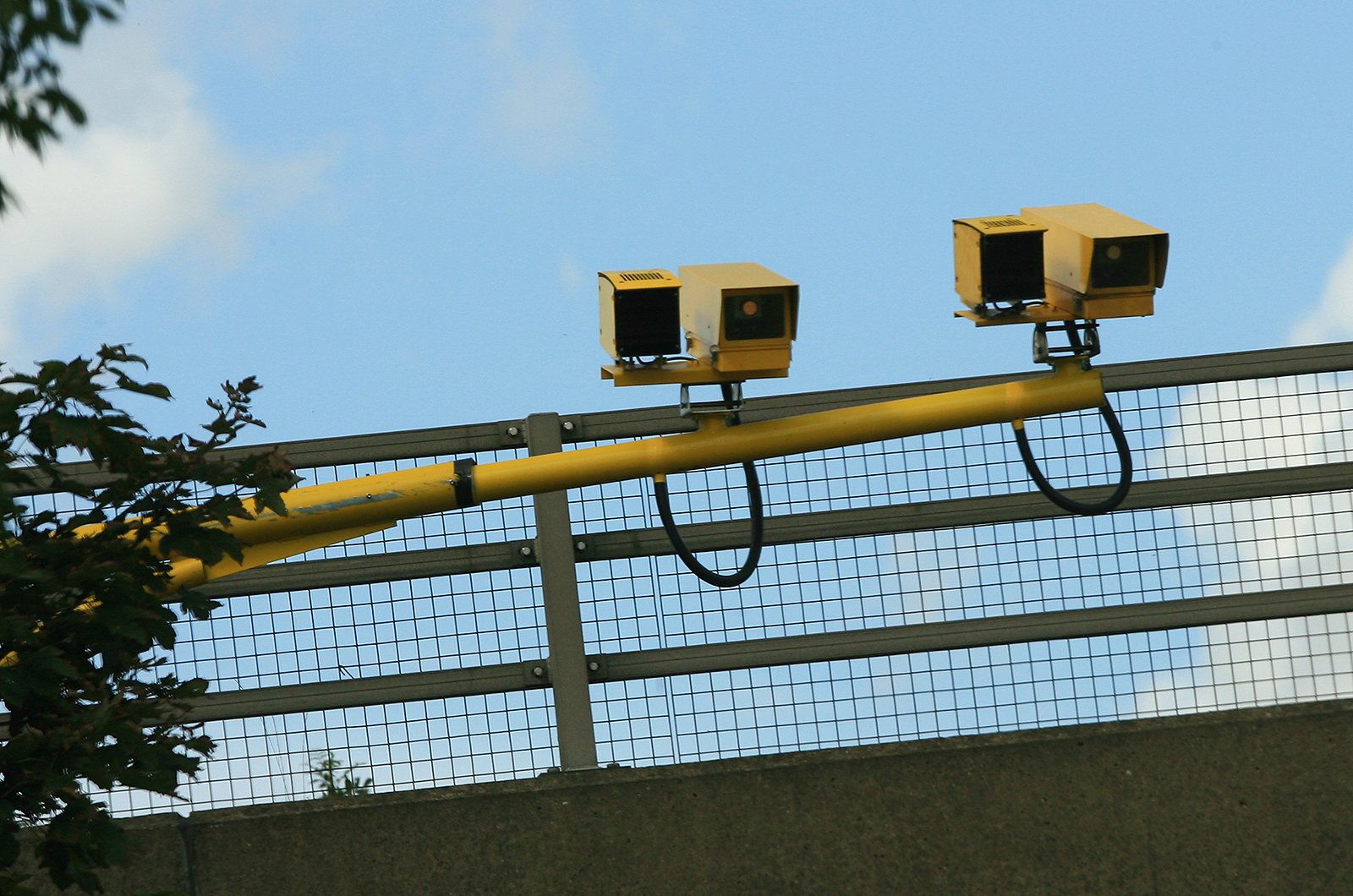 What is it? It’s used to police average speed zones and is often seen mounted on gantries at the sides of motorways.

How does it work? The system uses multiple installations along a road (a minimum of two) and ANPR (automatic numberplate recognition) technology to record passing cars and calculate their average speed. As a vehicle passes the first camera, an infrared photo is taken and the time recorded.

As it passes the second camera, two photos — infrared and colour — are taken. A computer analyses the photos to retrieve the registration plate. Another compares the times of the two infrared photos to calculate the vehicle’s speed between cameras. If it’s above the threshold, a Notice of Intended Prosecution may be sent to the driver, as with all speed camera violations.

Did you know? Drivers believe they can dodge the cameras by changing lanes, but sometimes they are set to overlap. As a result, and because it’s not clear which cameras ‘clocked’ you in and out, it’s unwise to risk it. 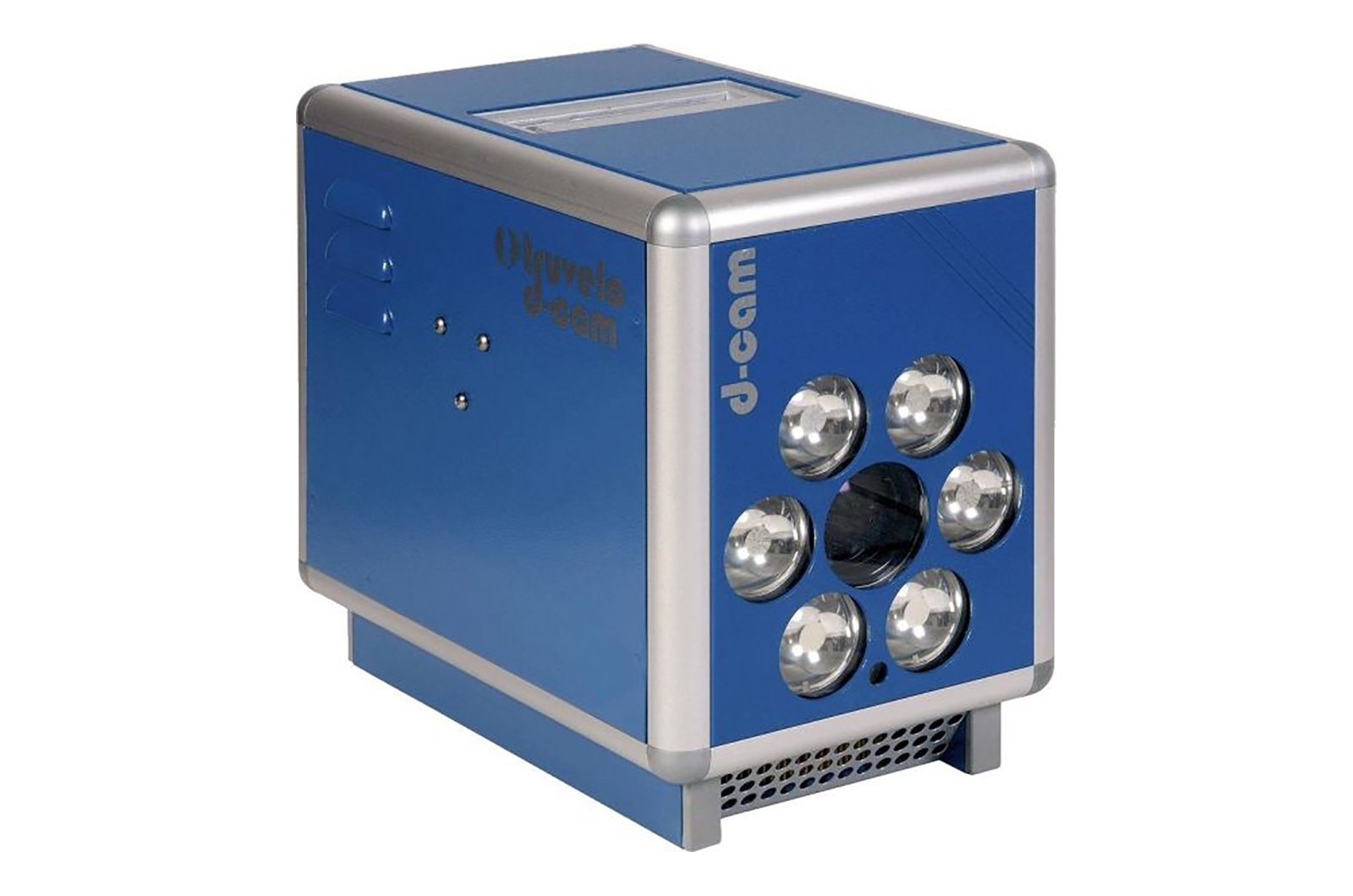 What is it? A speed and red light camera in one that can cover up to three lanes of traffic and be rear as well as forward facing.

How does it work? When used as a traffic light camera, a set of sensors is buried before the stop line and three check lines are painted on the road after it. The middle line is located 750mm after the stop line. The vehicle’s front wheels fall into this secondary area to provide visual proof of the secondary check. An uprated version, D-Cam L, uses a laser to measure vehicle speed.

Did you know? It can store 100,000 digital photos, as well as send images back to the control centre the moment they are captured. 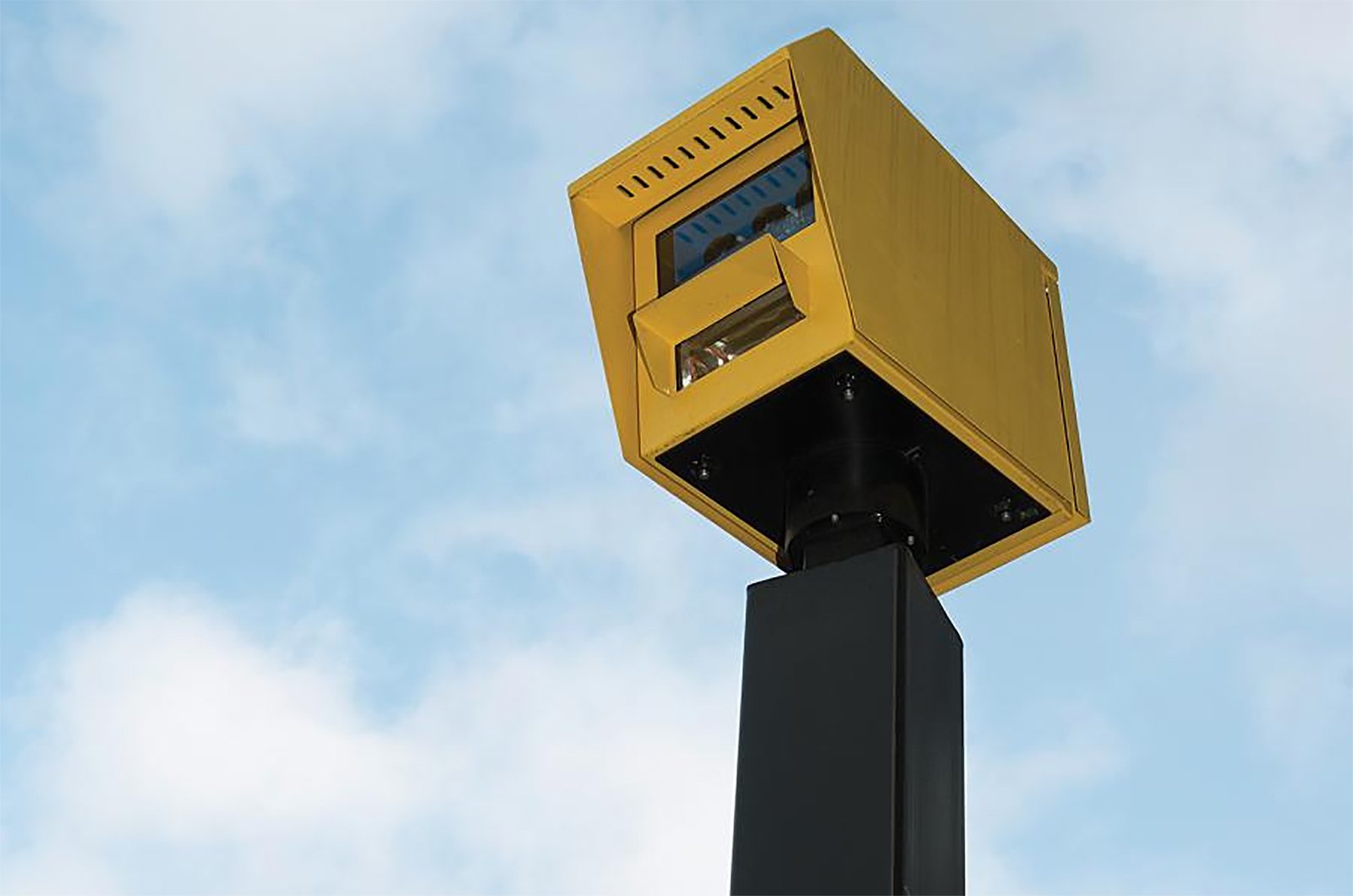 What is it? A fixed camera, which polices red traffic light violations simultaneously in up to four lanes.

How does it work? Radar or sensors in the road after the stop line are activated when the light changes to red. If a vehicle passes the sensors, three digital photos are taken. The first is a zoom shot of the number plate, the second a wide-angle shot of the vehicle and the environment, and the third an image of the vehicle in motion.

Did you know? When set to do so, it can also record green light speeding offences. 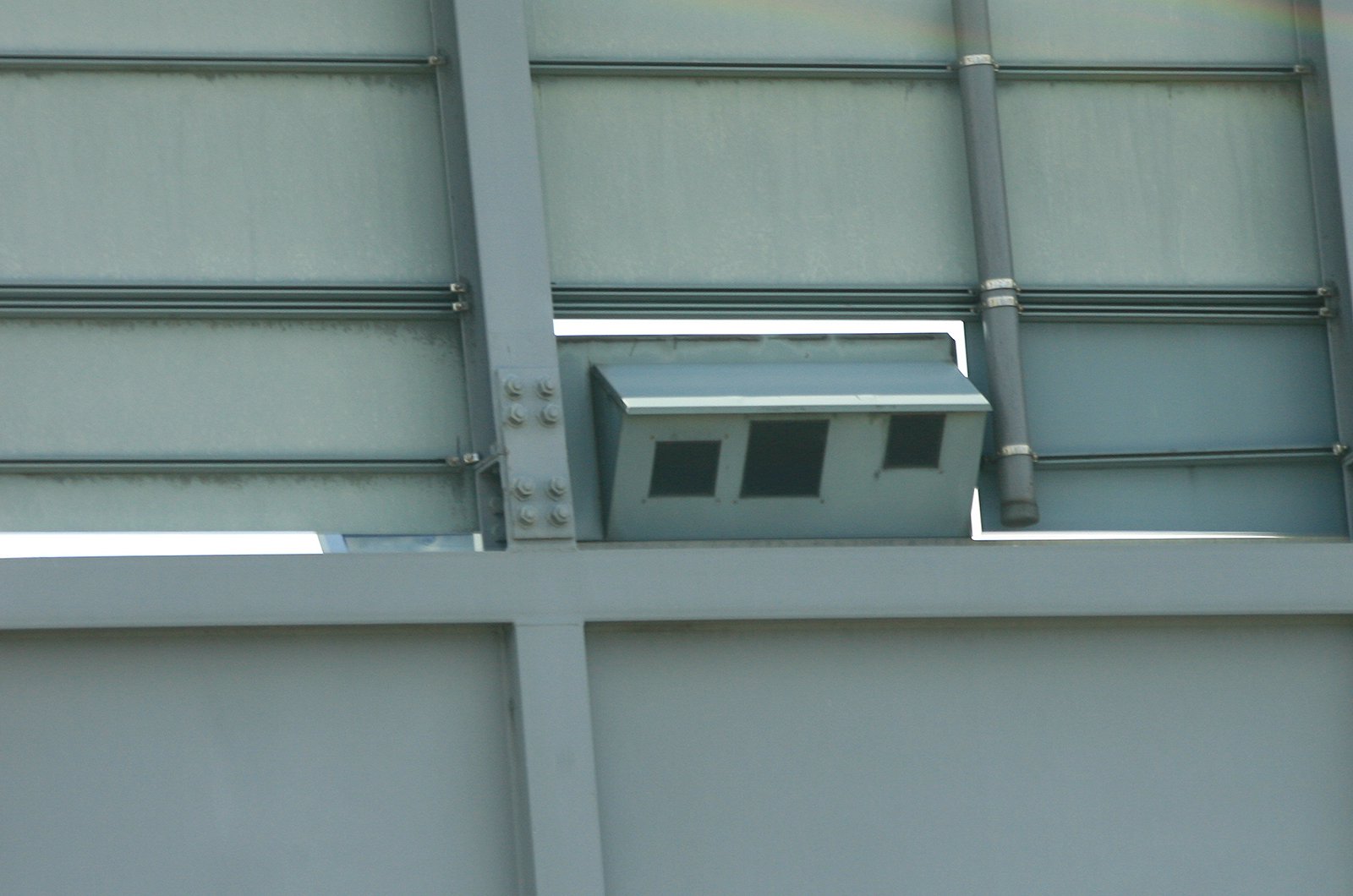 What is it? It enforces variable speed limits on motorways, primarily sections of 'smart' ones like the M1, M6 and M25. Each camera is located in a gantry above its respective lane.

How does it work? A radar measures vehicle speed, and if it is above the variable limit threshold, the camera takes three photos. Two are analysed by enforcement staff and provide a secondary check of the vehicle’s speed based on marks on the road. The third picture is a close-up of the numberplate.

Did you know? Hadecs 3 is the latest version on some smart motorways, usually situated at the side of gantries, not on top. They can scan up to five lanes from one location. And yes, they can and do take photos of speeders even when a temporary speed limit is not in place. 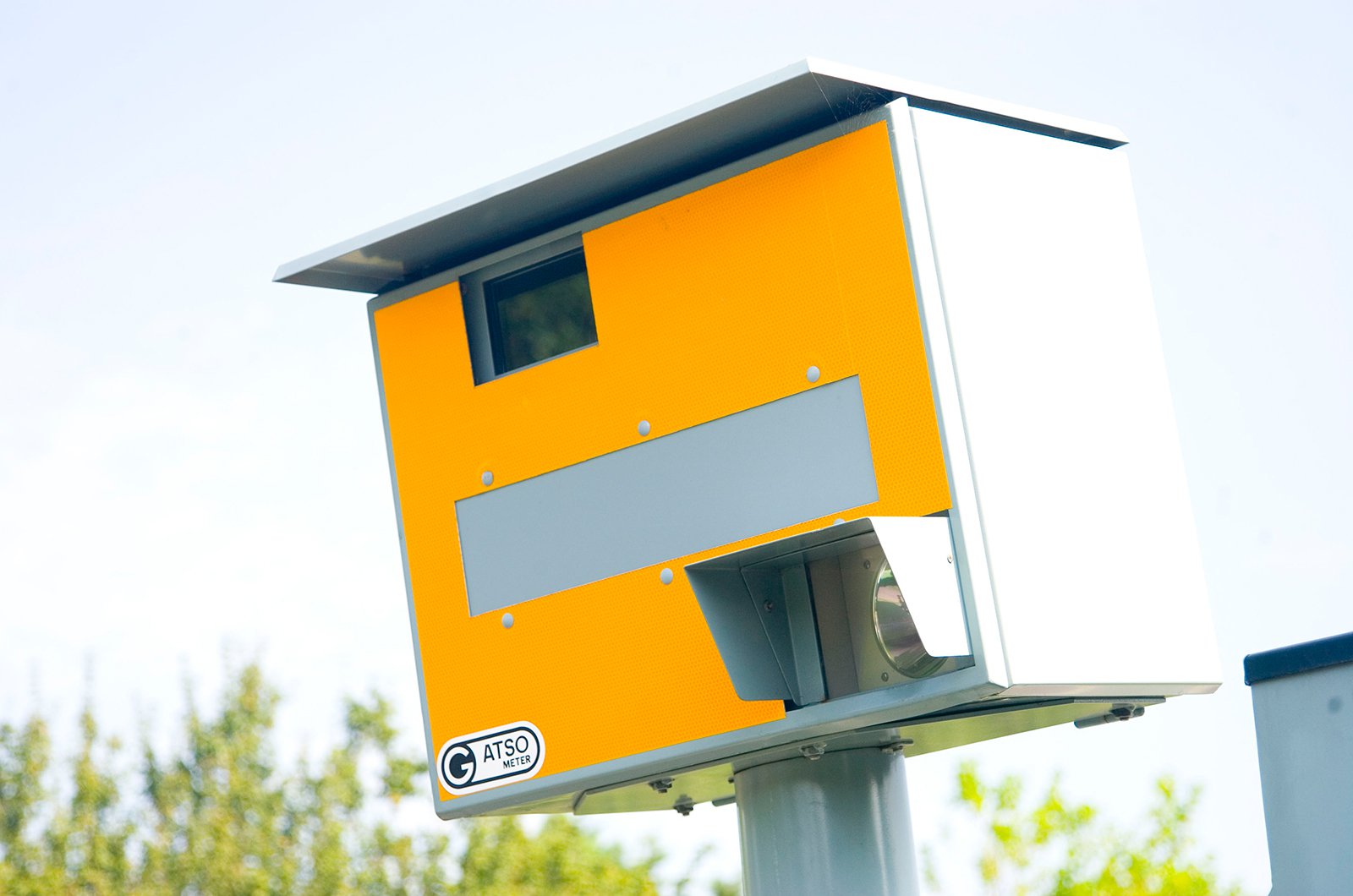 What is it? A fixed rearward-facing speed camera.

How does it work? The radar in the camera measures the speed of a vehicle. If it is above the pre-set threshold, the camera takes two pictures.

However, this photographic evidence alone is insufficient, so there are white lines, called secondary check marks, painted on the road ahead of the camera at specific intervals to help calculate the vehicle’s speed. A Gatso can’t record the speed of an approaching vehicle but may be rotated periodically to monitor the opposite carriageway.

Did you know? Gatsos are often fitted with a dummy unit, which will continue to flash motorists driving over the speed limit as a warning. A digital version that doesn’t use film was launched in 2007. 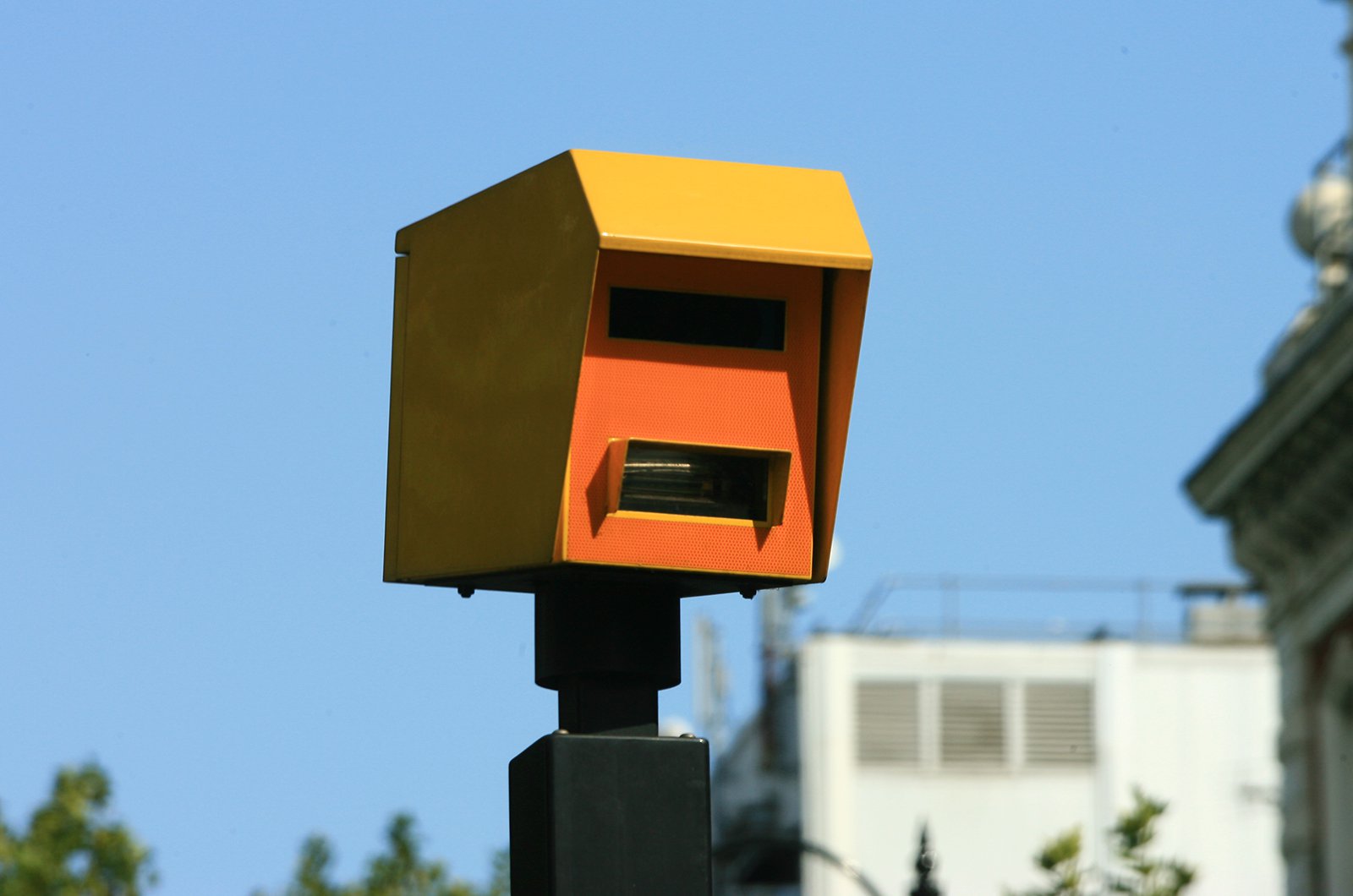 What is it? A fixed, rearward-facing camera that can be mounted in pairs to monitor up to four lanes and, with an additional set facing in the opposite direction, police opposing ones.

How does it work? It uses three piezo sensors one metre apart in the road to calculate the speed of the passing vehicle. A further set of check marks on the road surface provides extra evidence.

Did you know? The SpeedCurb takes three digital images: two wide-angled shots showing the vehicle and its location, as well as the progress of the vehicle over time, and a third focusing on its numberplate, from which the number is retrieved by computer.

What is it? This camera type is a new arrival to the UK. Developed by German industrial giant Siemens, they’re used to monitor a vehicle’s average speed in a defined area.

How does it work?  These are small digital camera units that capture number plate images, and then use ANPR to record average speeds in an area. They are linked to a network and central server via 3G.

Did you know? They can measure speeds between 20mph and 140mph, and are often placed near schools where pedestrian safety is paramount. 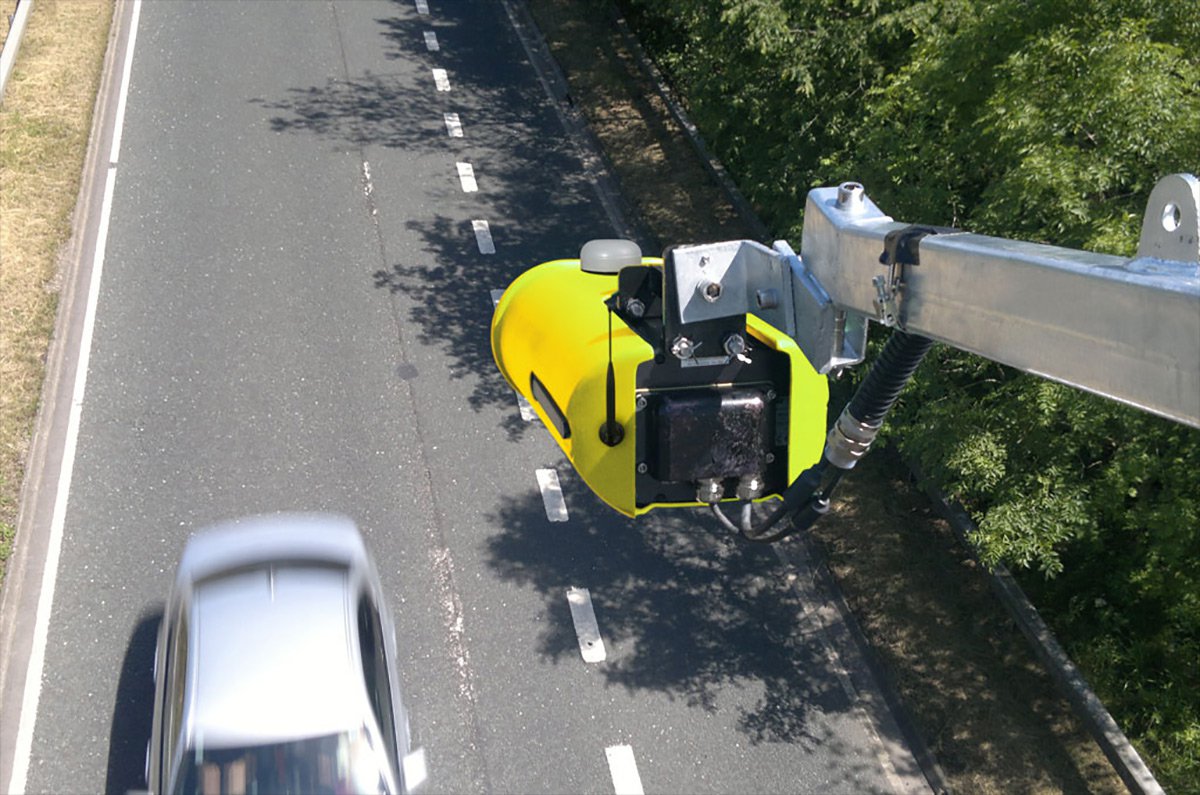 What is it? This is another new type of average speed camera that first arrived on trial in the UK in Hampshire.

How does it work?  They are digital camera units that capture number plates and time stamp the images to record average speeds in an area. ANPR is then used to issues prosecution notices.

Did you know? They can take data from as many as 1000 different cameras in an area, which communicate with each other over GPRS and 3G. 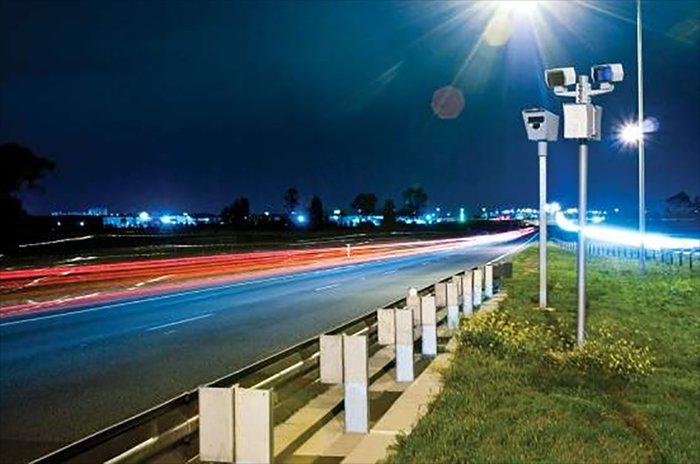 What is it? A new type of camera only recently approved for us by the authorities. The REDFLEXred cameras are used for traffic light enforcement and also speeding through green lights while REDFLEXspeed can be used on motorways, and can catch speeders across six lanes if need be.

How does it work? It uses radar in conjunction with a 11 megaxpixel digital camera.

Did you know? Unlike older models, this camera can deal with multiple offenders at the same time.

What is it? These are usually operated by police officers in vans at the side of the road, though they have been known to be more inventive – at least once famously using a horsebox, for instance.

How does it work? Officers use a variety of handheld devices that use radar and even lasers to detect speed.

Did you know? They are often rapidly deployed to accident blackspots or after local concerns in small villages situated on fast B-roads. 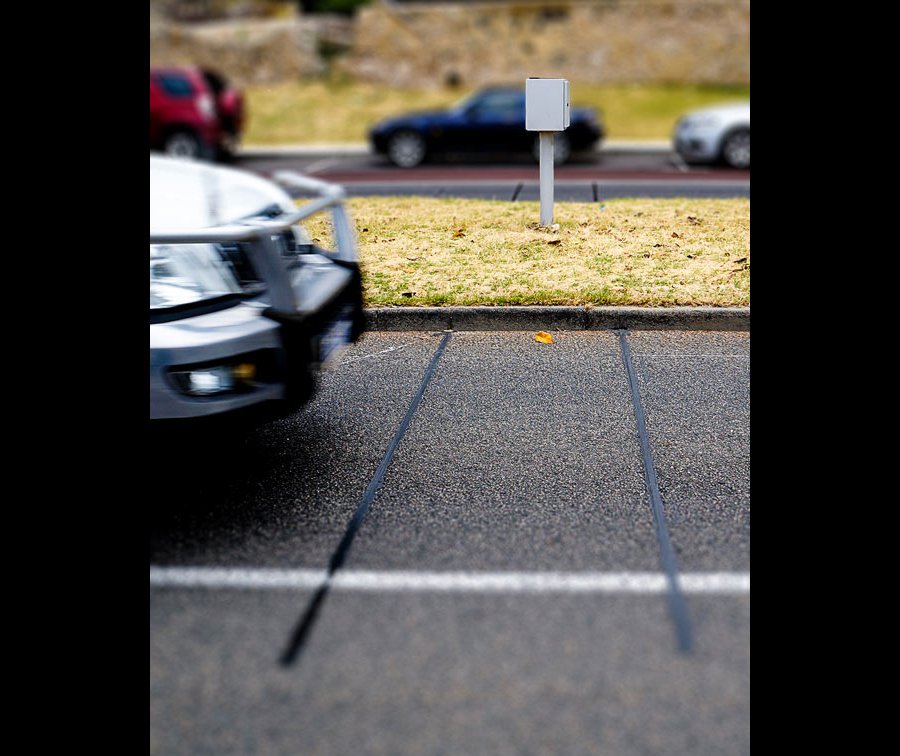 What are they? These are semi-permanent installations that can cover two lane of road at a time.

How does it work? They use ‘piezo’ strips embedded into the surface of the road, which can automatically calculate speed when a vehicle runs over them.The cameras then communicated photos or video of the vehicle even located on site or remotely.

Did you know? Sometimes speeding past these devices will pass on your details to a police car located further up the road, who will then pull you over for a ticking-off and perhaps a ticket. Be warned - these cameras are small and can be hard to spot. 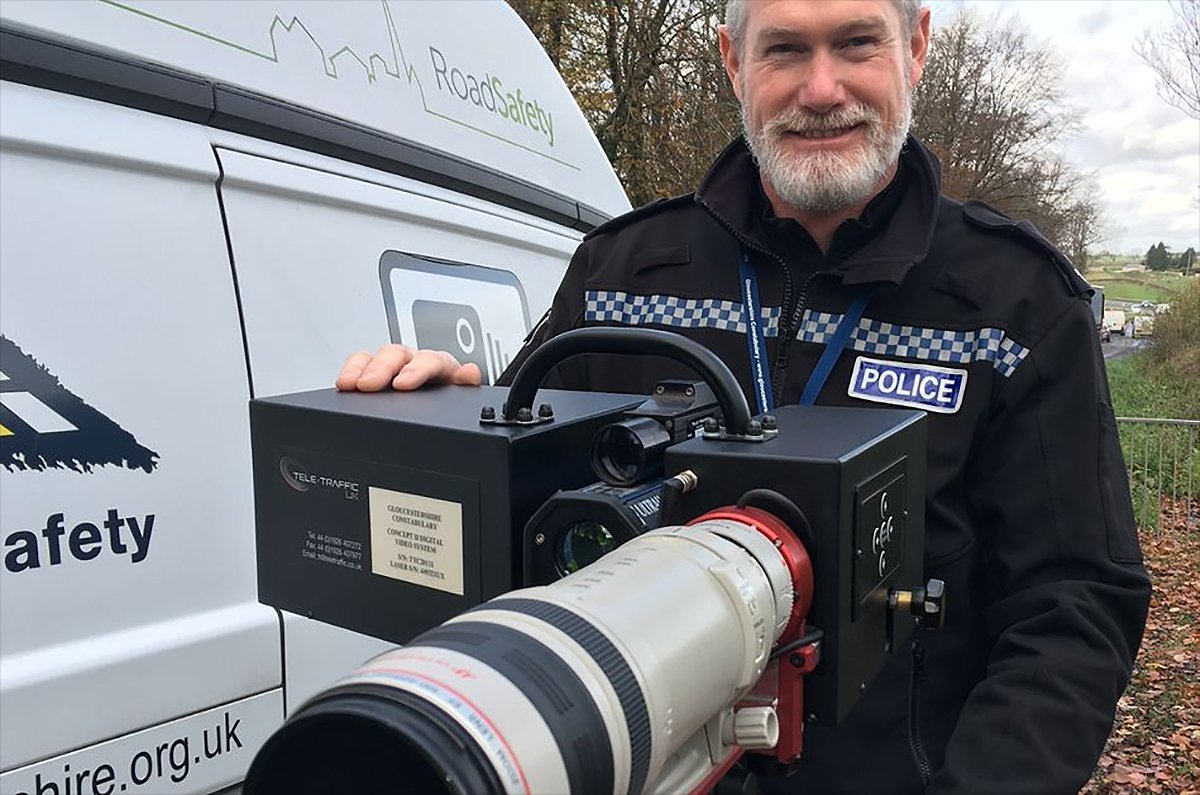 What are they? This is a new type of long-range speed camera that Gloucestershire Police started trialling in November 2018.

How does it work? Radar helps support the photographic evidence, which can be recorded from up to 1000m away.

Did you know? Gloucester police nabbed 1325 offenders using the device in a single month, including one driver caught doing 126mph on the A417. Apart from speeders, it’s also caught tailgaters, middle-lane hoggers, drivers not wearing seatbelts and people using a phone behind the wheel.