With its all-new Skoda Scala, the Czech brand is going head to head with some of the UK's most popular cars. Does it have what it takes to win over the youngest member of our team?...

23 October – Everyone has an opinion

My circle of close friends comprises an accountant, a vehicle dynamics engineer, a sound engineer and a motoring journalist. I’m hoping that doesn’t make me the dumb one. But whose opinion would you most value concerning the ride quality of a car?

Really? Wow. Okay, fine, I’ll tell you what Ben thinks about my Skoda Scala. When I went to pick him up from the station recently, it took only a few minutes for him to start complimenting his Czech counterparts’ work. “The ride is smooth as butter and bumps are hardly noticeable,” he said. “It’s hands down the comfiest and most relaxed low-cost car I’ve been in.” I’d better not tell you who he works for, then.

I agree with Ben. Ride and refinement are probably the areas that have sold me most on the Scala’s virtues; it strikes a remarkably fine balance between firmness and floatiness, and between being controlled and jittery, considering that this is a car you can buy for less than £16,000. 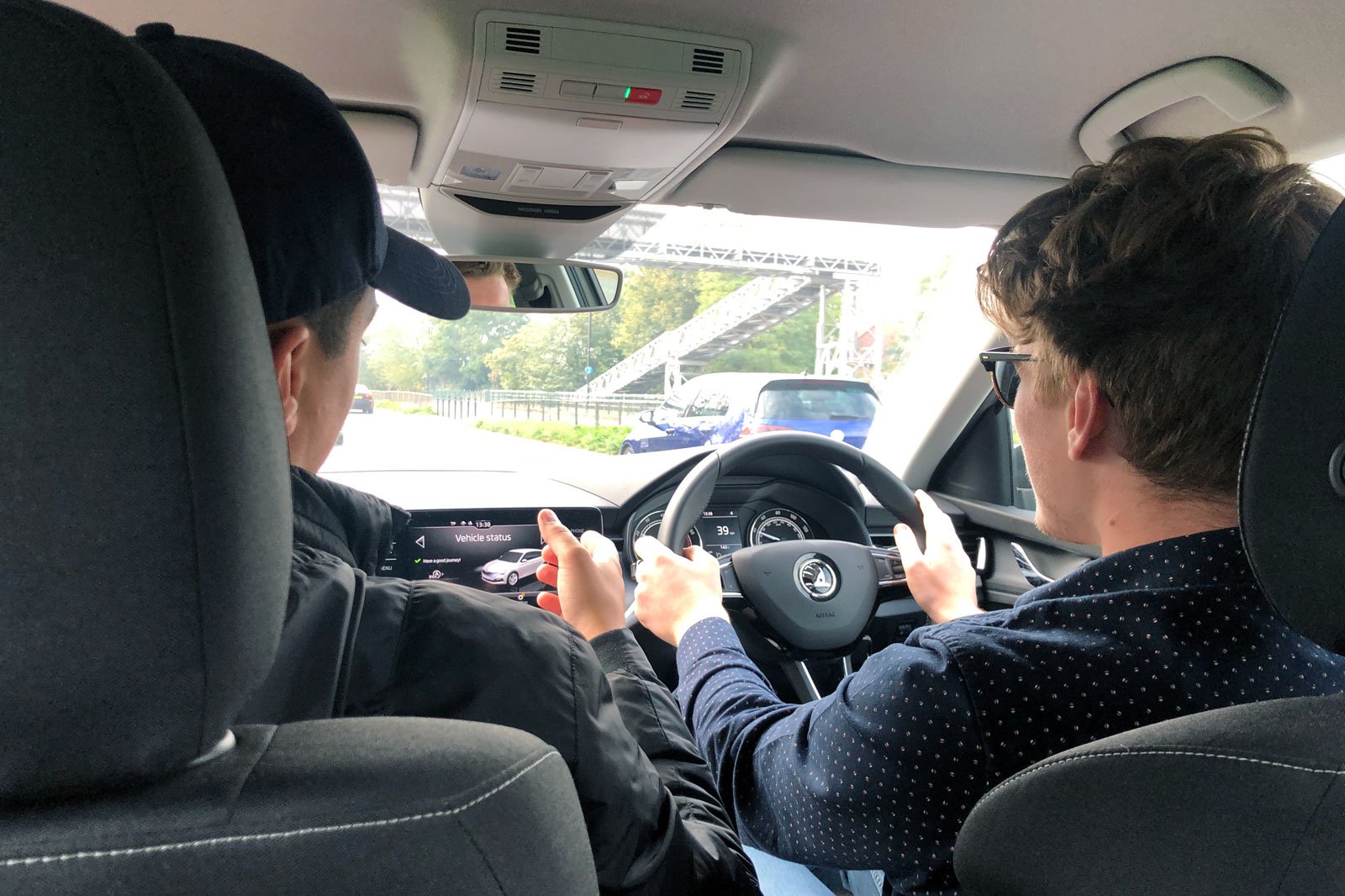 What’s more, the calibration of the manual gearbox is so well judged that driving without lurching is a subconscious task – the polar opposite of its more expensive Citroën C4 Cactus rival, which I ran last year. The clutch pedal feels natural and linear, with a clearly defined biting point; without this, you often have to resort to swamping the accelerator for fear of stalling through insufficient deftness – rather uncouth and not conducive to good fuel economy.

Best of all, though, is how quiet each journey is. “Tyre noise is almost non-existent and there’s no wind noise at lower speeds, either,” said Ben. Indeed, the Scala generated a relatively impressive reading of 69.0dB at 70mph in a recent group test (although I should admit that the Ford Focus recorded 0.6dB lower). My previous long-term car, a Dacia Duster, really used to do my head in during my two-hour morning commute; it recorded a reading of 69.8dB. These differences seem small, but understand that decibels are a logarithmic rather than linear scale, so a difference of just 6dB can mean it's twice as loud.

To put it in simpler terms, Ben has to shout from the rear seat of his dad’s 2007 Skoda Octavia to be heard properly on the motorway. Progress has evidently been made.