The previous Proace was old from the moment it was launched as the van it was based on was already six years old in 2007. Fortunately, the new-generation van is a much newer and more sophisticated vehicle.

The EMP2 car platform used by the Proace makes it engaging to drive. It’s not only miles ahead of the van it replaces, but very close to being the best driving van in the sector. While the Proace doesn’t quite match up to the Ford Transit Custom in that respect, it does have a very smooth ride and feels really attuned to the road. The old model was quite bouncy even when loaded, but the new van is much more composed with or without weight in the back.  The steering is much more direct and purposeful, and there is considerably more grip. It feels more planted on the road and therefore feels safer too.

Visibility is perhaps the greatest weakness of the Proace. Its lower, more car-like seating position is great for enhancing the overall feel of the vehicle, but it does make forward visibility harder. Allied with what is a fairly narrow windscreen anyway and it becomes noticeably harder to see where you are going compared with a Transit Custom or VW Transporter. Going forwards is the easy part, as the Proace’s wing mirrors are also particularly small for a mid-sized van. They could really do with being larger. 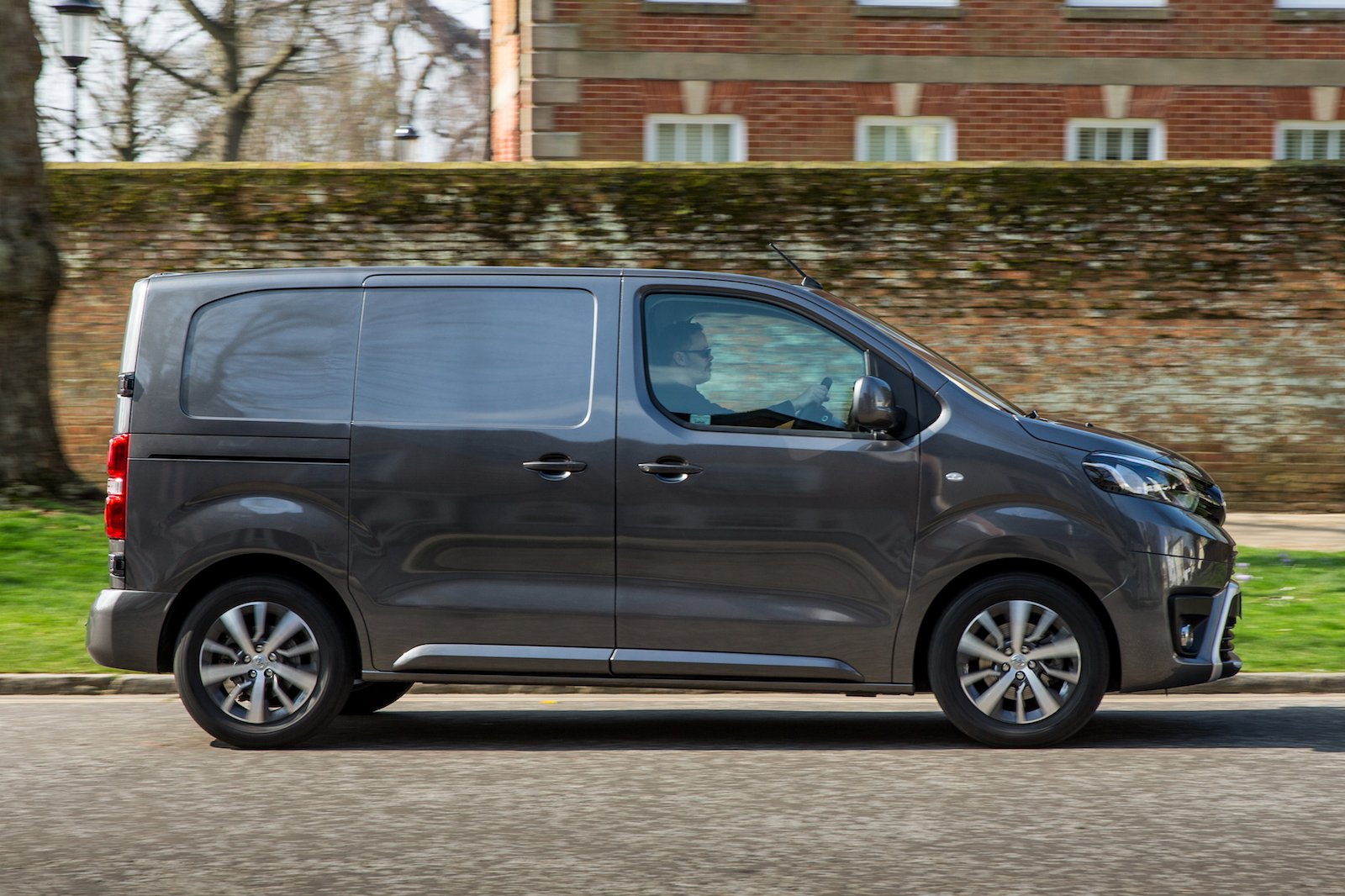