Although the Corsa-e is a small car, even tall drivers should find enough space up front. Head and leg room is good, and the interior is wide enough to not risk an elbow fight between front-seat occupants.

In the back, meanwhile, things compare pretty favourably to its Mini Electric and Renault Zoe rivals, with more head room than either can offer. There’s enough space for children and those of modest stature, but a pair of larger adults won't want to spend too long in the back. To add a third would be a real squeeze, although the middle seat is at least softly cushioned. Every Corsa-e has five doors, so access to the rear seats is no problem. Unsurprisingly, the closely related e-208 is much the same for interior space.

Fortunately, the Corsa-e doesn’t compromise on interior or boot space compared with its petrol-powered stablemate, even though it has to accommodate a sizeable battery. The only concessions are that it can’t carry a spare wheel. Overall, it offers more luggage space than the Mini Electric, but the Renault Zoe’s boot is bigger. 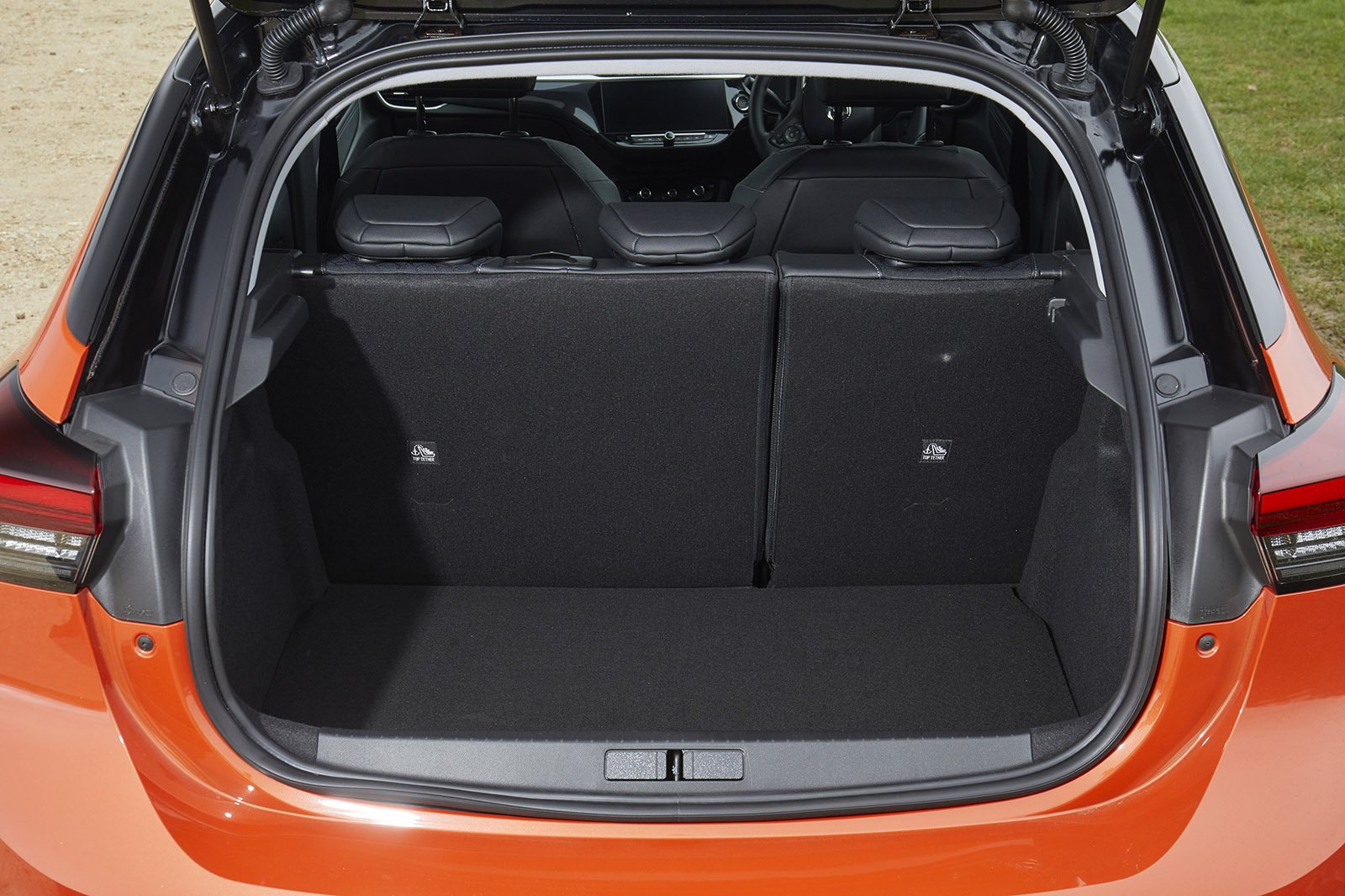