As we mentioned, the Audi Q5 Sportback has the same engine line-up as the standard Q5, with a range of petrol, diesel and plug-in hybrid options. We’ve been behind the wheel of the 261bhp 45 TFSI petrol so far and found it to be very smooth in everyday driving, although it could do with a bit more mid-range punch because it has a tendency to need to drop a gear or two for uphill motorway work.

Based on our past experience with the Q5, we'd suggest that the 201bhp 40 TDI could be a much better fit. It’s just as refined at a constant cruise and is a fair bit more grunty, with plenty of effortless pull from low revs.

If you have a penchant for performance, there’s the diesel-powered 336bhp SQ5 Sportback, which shares the same engine as the SQ5, or if you fancy a bit of electric vehicle (EV) motoring, the 295bhp 50 TFSIe plug-in hybrid pairs a petrol engine with an electric motor that provides up to 38 miles of near-silent electric driving. We’ll let you know what they’re like when we've tested them.

The left-hand-drive test car we drove is an air-suspension-equipped S line model with 20in wheels. That's quite an unusual spec but its ride is for the most part exemplary, shielding you from potholes and speed bumps at town speeds, while avoiding any car sickness-inducing float at higher motorway speeds, even in its softest comfort setting.

However, you can’t have that pairing in the UK – the air suspension is reserved for top-of-the-range Vorsprung models which have 21in alloys. Again, from previous experience, we’ve found Vorsprung Q5s to ride well, although the rest of the range will be much firmer (especially S Line and Edition 1 cars with sports suspension). It's best to stick to Sport trim, which comes with smaller 18in wheels and what Audi calls Dynamic suspension, if you want the comfiest ride.

Whichever suspension choice you make, you won’t be carving up corners as adroitly as you might in a BMW X4. The Q5 Sportback still feels more agile than most SUVs of its type, though, with plenty of grip and not much body lean in the bends. The only slight criticism is the light steering, which, while perfectly precise, doesn’t inspire the same confidence as a X4 does, although it is still far ahead of the inconsistently weighted helm found in the Mercedes GLC Coupé.

Refinement is a Q5 Sportback strong suit thanks to low levels of wind and engine noise. Road noise is especially low when air-suspension is fitted, but as per the regular Q5, it isn’t that much more noticeable on models with standard suspension.

Every Audi Q5 has an automatic gearbox, either the seven-speed dual-clutch found in the 40 TDI, 45 TFSI and 50 TFSIe, or the traditional eight-speed automatic in the SQ5 Sportback. We’ve only tried the former and it was generally very smooth, with only occasional hesitancy in low-speed manoeuvres. 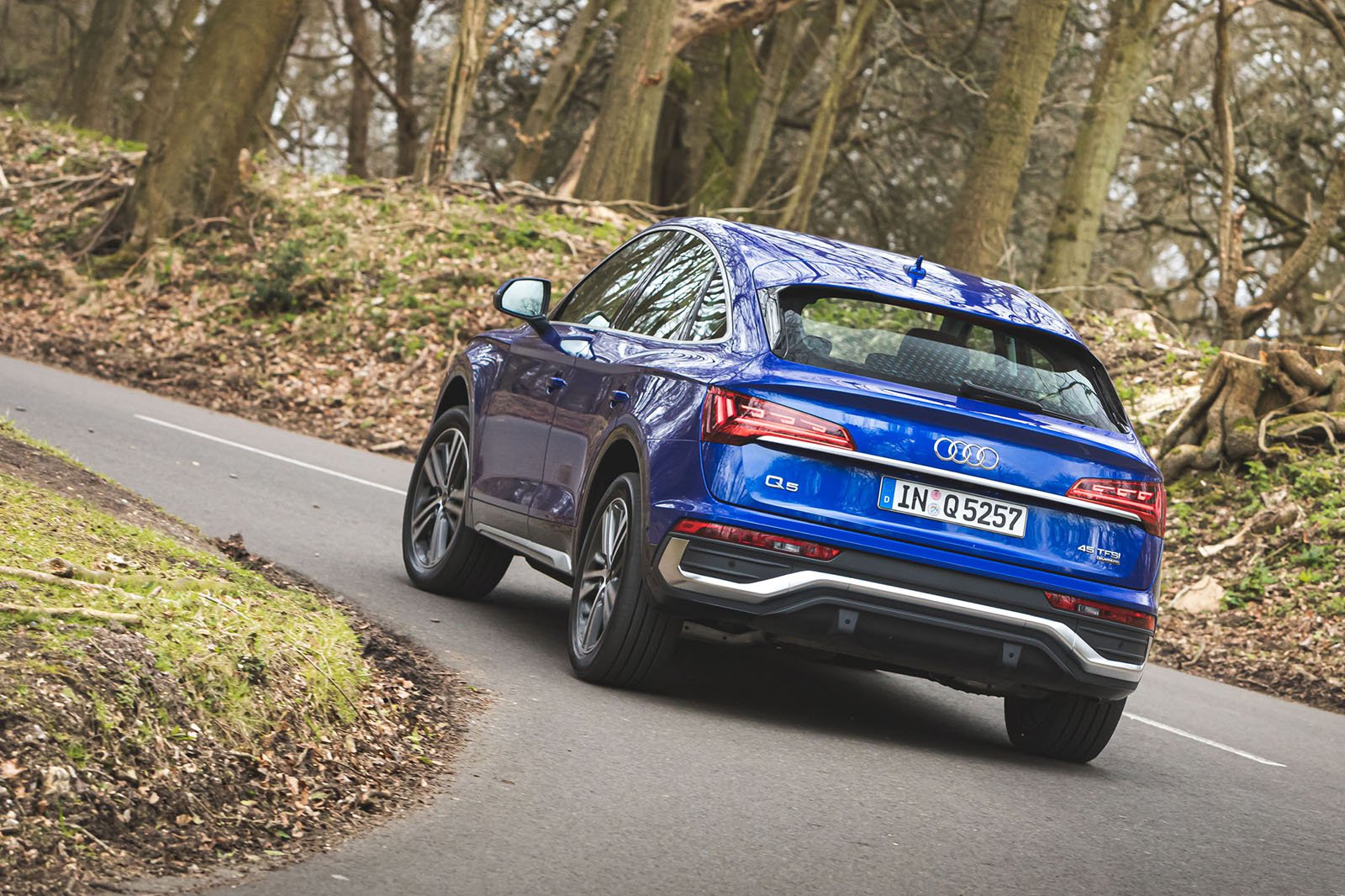