Entry-level models are badged xDrive30d and are powered by a 3.0-litre six-cylinder diesel engine. Even this offers gutsy performance and is noticeably more responsive than the equivalent Audi Q7 45 TDI. It provides tonnes of punch low down in the rev range and is only likely to feel strained if you’re towing a particularly heavy load. For those who don’t fancy a diesel, xDrive40i models use a 3.0-litre six-cylinder turbocharged petrol engine. This pulls even harder at lower revs than the 30d does and feels more responsive from a standstill, with acceleration that grows even stronger as the revs rise.

If neither of those is powerful enough for you, the range-topping M50i petrol and M50d diesel provide some extra power for eye-widening performance. Of the two, we’ve only driven the M50d thus far; it responds instantaneously and gains speed so effortlessly that you’ll be hitting motorway speeds before you know it. On paper, though, the M50i is almost a full second quicker from 0-62mph.

The plug-in hybrid xDrive45e, meanwhile, combines a 3.0-litre six-cylinder petrol engine with a big battery and powerful electric motor to deliver incredibly swift performance – we managed 0-60mph in a rapid 5.1sec. Even on electric power alone, its punchy enough to keep up with rush hour traffic easily, and it’ll do so for a claimed 49-60miles as measured under the WLTP test cycle. That’s a staggering figure, considering rivals such as the plug-in hybrid versions of the Audi Q5, Volvo XC90 and XC60 only manage half that. On our test track we managed 32.5 miles over a variety of real world driving situations. That figure would almost certainly have been better if our test car had the standard 19in wheels and not the huge optional 21in items.

Apart from the M50i and M50d, every X5 comes with air suspension as standard. The system is very impressive, maintaining a super-smooth ride over even sharp-edged potholes and ruts without any of the floaty, wallowy sensation that such systems can induce. So far we’ve only experienced the plug-in hybrid on massive 21in wheels, which might be to blame for the slightly firmer edge to its ride when compared to that we’ve experienced in standard X5s. Even so, it cushions you well from all but the worst potholes, especially compared with the firmer and more fidgety Volvo XC90 plug-in hybrid.

The M50i and M50d, meanwhile, use an adaptive steel spring setup and offer buyers the choice of M Sport Professional suspension as an upgrade. Both of these setups give the X5 a sportier and more nimble feel on the road, but are noticeably harsher and don’t absorb bumps quite as soothingly. Progress over imperfect surfaces is made still crashier if you engage Sport mode. 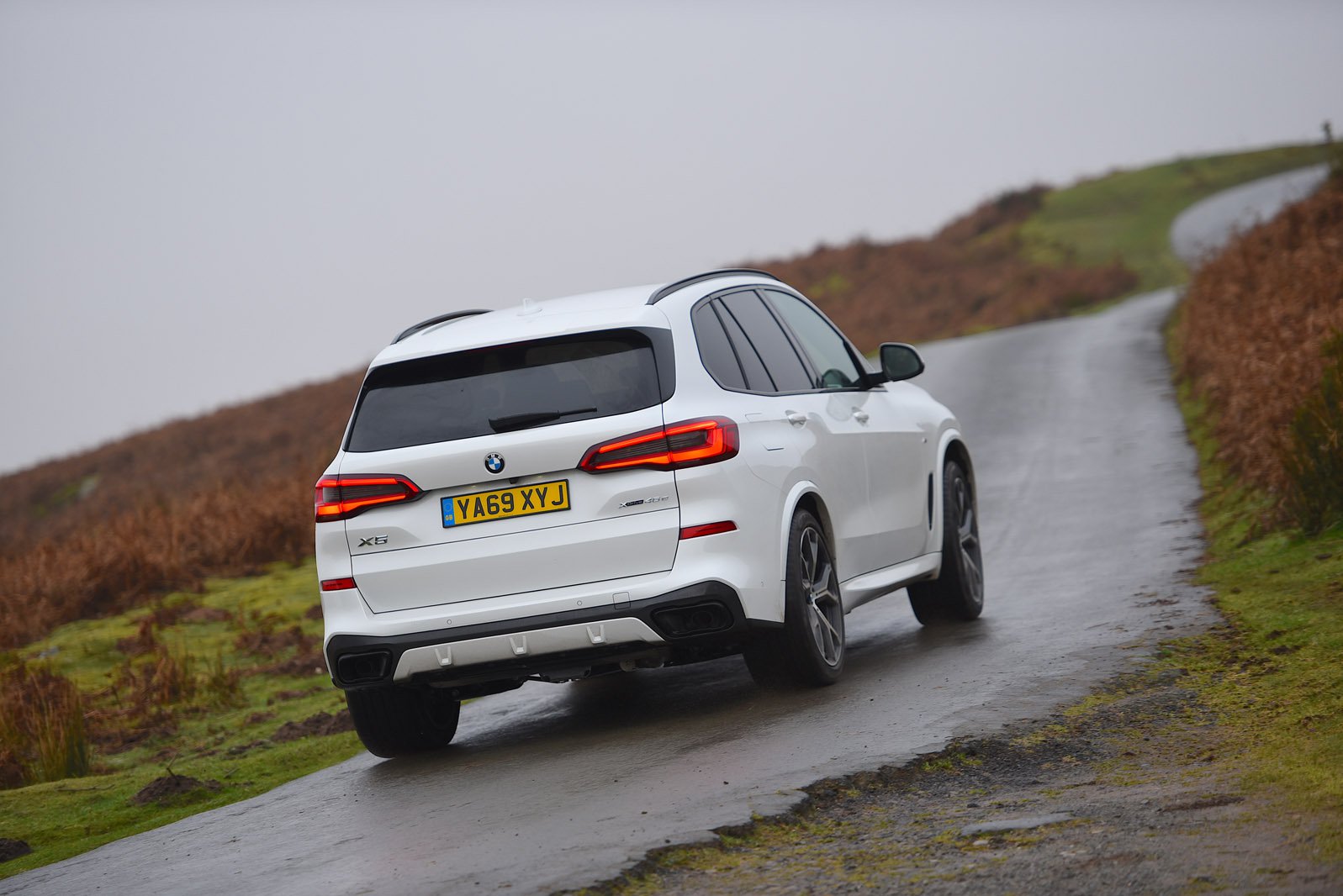 As well as for the comfortable ride it provides, the air suspension deserves credit on the handling front, too. It keeps body movements in check and prevents the X5 from leaning over too markedly, even when you push hard through a corner.

You get plenty of grip from the wide tyres, too, and with such tight body control, the X5 is an incredibly stable and reassuring SUV to drive along twisty roads. Factor in precise, well-weighted steering and it’s easy, even enjoyable, to steer the X5 along your favourite country road. Okay, the Porsche Cayenne handles even more sweetly, but the X5 is among the best of the rest. Plug-in hybrid versions don’t quite have the tight body control of the standard X5s because of the weighty battery pack. This also means they feel less agile than the lighter Volvo XC90, let alone a standard X5.

The X5’s off-road capabilities are also impressive, thanks to a selection of driving modes and settings that adapt the ride height and suspension settings to cope with different surfaces. You can take on sandy, gravel-strewn, snowy and even rocky terrain with a simple tap of the touchscreen.

The 30d has a surprisingly appealing, throaty engine note for a diesel,. Those who dislike the noise, though, will be dismayed that it never really fades away, even at a cruise. What’s more, when you select Sport mode, artificial engine notes are played through the car’s speakers to deepen the soundtrack. The M50d follows a similar formula with even fruiter sounds. Some will love it, some will hate it.

By contrast, the petrol-engined 40i is perfectly judged. It’s blissfully smooth and subdued when you’re simply pottering along, yet delightfully rorty when you decide to press on a bit. The M50i takes this approach, too, but turns it up to 11 for a menacing sound when accelerating hard, yet still retains a subdued sound when cruising. The plug-in hybrid xDrive45e is whisper-quiet at low speeds when running on just electric power, and, when the petrol engine does come in, it does so smoothly and without fuss.

Every engine comes with an eight-speed automatic gearbox as standard, and it’s delightfully smooth. It’s not all great news, though. While wind noise is well controlled, those big, wide tyres generate a fair amount of roar and this gets noticeably more pronounced over rougher, more broken asphalt. Even so, we found the 45e plug-in to be a quieter cruiser than the XC90 T8. 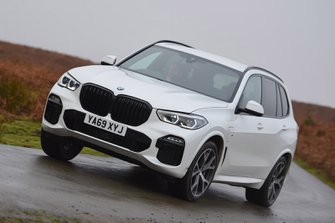