Up front, the X5 feels airy, with lots of room in and around each seat for anyone tall. There's also plenty of storage space, from the huge cubby between the seats plus another further forward, which has room for your smartphone, and the two holders – you can even tick an option box to have these heated and cooled.

The glovebox is a decent size, too, and the door pockets can take a small drink bottle, despite looking a little on the slim side.

There’s more than enough space in the back of the X5 for two tall adults to sit comfortably for long periods of time, although some rivals, such as the Audi Q7 and Volvo XC90 offer even more leg room. Three large adults could find it a bit more of a squeeze, but at least the middle passenger will have somewhere to put their legs, thanks to a minimal hump in the middle of the floor.

Unlike the XC90 and Q7, you don’t get seven seats as standard; the X5 is a five-seater unless you pay extra to add the third row, and this option isn't available on the plug-in hybrid 45e. Even if you do, those two extra seats aren’t as spacious as they are in the Land Rover Discovery or XC90 – or its bigger brother, the BMW X7, which offers one of the most spacious third rows out there – great if you need to carry lots of adults.

The X5's third row is best reserved for younger passengers, because while the head room isn't too bad, adults will find leg room in very short supply. 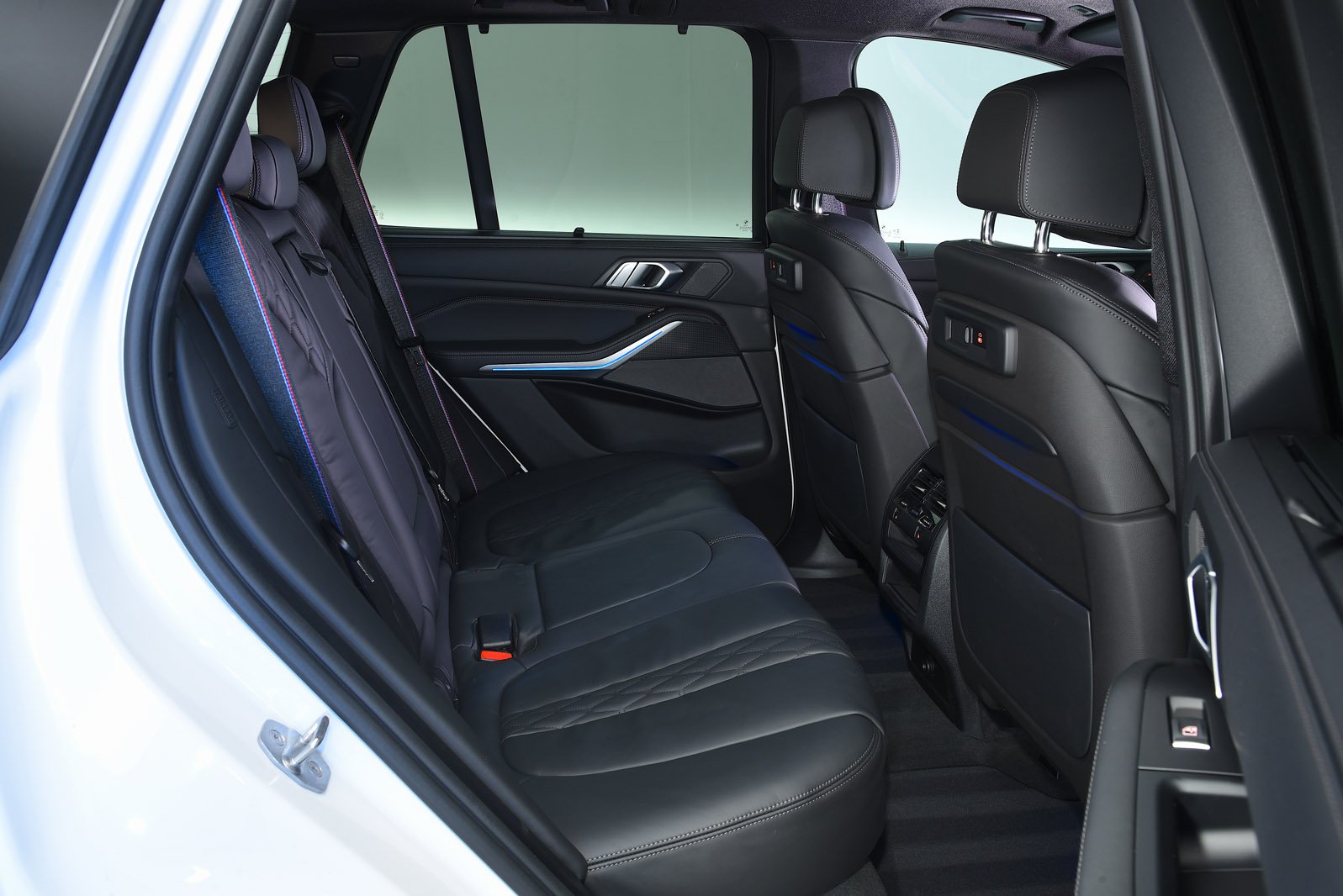 Electric controls make it easy to adjust the front passenger seat through a wide range of movement, but only the driver’s seat gets a memory function.

As with most rivals, you get rear seats that split and fold in three sections to allow one or two occupants to remain seated while you’re carrying a long load. However, upgrading to a sliding middle row (to enable you to increase boot capacity at the expense of rear seat space when you need to) is only possible if you pay even more for the optional third row of seats, and you can’t add this on plug-in hybrid 45e. Sliding rear seats are standard in most rivals.

Despite carrying two extra foldout seats underneath their boot floors as standard, both the Audi Q7 and Volvo XC90 offer more luggage space in five-seat mode than the X5 does. The plug-in hybrid 45e, meanwhile, loses what underfloor storage space you get in the other versions (if you don’t add the optional seven seats), as well as the choice to have a spare wheel. Despite that, we still fitted up to nine carry-on suitcases below the X5's parcel shelf, so you could hardly call its boot small.

On the plus side, no matter what version of X5 you buy, when you fold the rear seats down, you end up with a usefully flat extended load area. What’s more, the X5’s split tailgate is handy when loading larger items; you can rest them on the lower half, which folds down to form a shelf, before sliding them into the boot. It also makes a good picnic seat, and both tailgate sections are powered as standard.