The BMW X7 is huge: bigger even than a Range Rover. Unsurprisingly, then, it has masses of interior space. It’s tall and airy up front, and so wide that the driver could almost feel like they’re in a different postcode to their front passenger. There’ll be no shoulder-rubbing going on here.

There’s also plenty of room for those on the second-row seats to stretch out and, with no shortage of head, leg or shoulder room, even three adults sitting side-by-side will be relatively comfortable. The second row even gets dual-zone climate control and heated seats for the outer passengers. Seats can be moved forwards and backwards electrically in a 60/40 configuration, and can be folded in a 40/20/40 split.

There’s an annoying number of buttons to control the seats, though, and the second and third-row seats can only be moved and folded electrically – a slow process that can annoy when occupants want to get in or out quickly.

Alternatively, you can also order your X7 as a six-seater. This more luxurious layout costs a little more and replaces the three-person second-row bench with two individual  chairs, each of which has its own arm rests and a huge range of electrical adjustment.

Admittedly, the optional two-seat rear layout in the Range Rover is even more opulent with its armchair-like extendable leg rests. If you’re tempted by the six-seat layout, it’s worth noting that it removes the facility to fold the second-row seats completely flat.

As for the boot, the X7 retains the smaller X5’s split-folding tailgate layout, whose lower section flips out to serve as a handy perch when taking off muddy wellies or similar. There’s space for a couple of suitcases even when the third-row seats are in use. In five-seat mode there’s a huge boot, and the load area is monstrous when the second and third rows are both folded away.

There are some handy underfloor storage compartments, too, although the parcel shelf only covers the load area fully in seven-seat configuration. 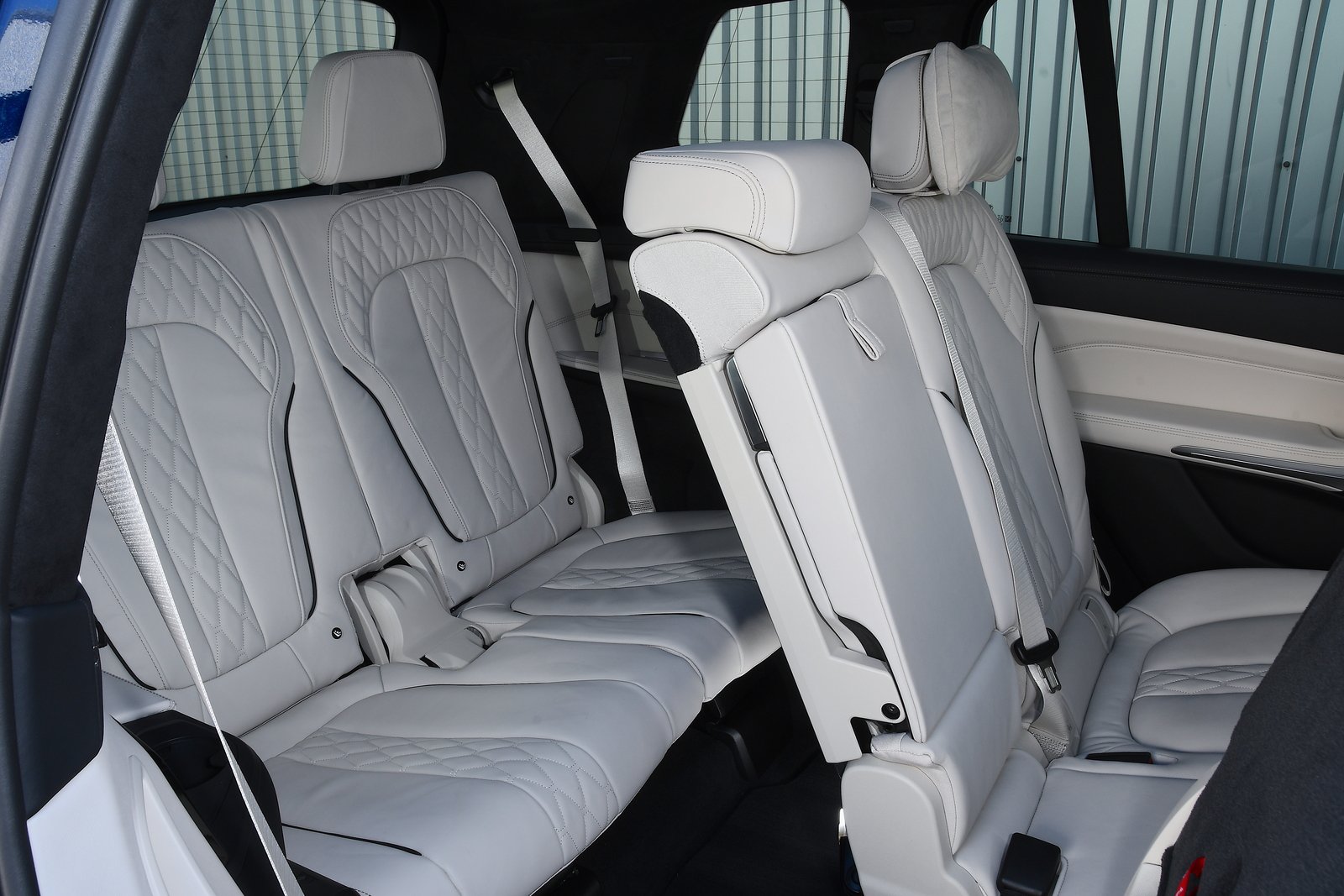