Choosing an engine could hardly be simpler; there’s one diesel and two turbocharged petrols, the most powerful of which is available only on top-spec Flair models and with an automatic gearbox.

The cheapest is the Puretech 110 petrol. It's reasonably punchy, although its acceleration isn’t quite a match for equivalent small SUVs, such as the Seat Arona 1.0 TSI 115. The pricier Puretech 130 can’t keep up with the Arona, either, although performance is perfectly adequate and its automatic gearbox takes the effort out of motorway driving.

The diesel doesn’t make much sense at all. Yes, you’ll spend less at the pumps, but the C3 Aircross isn’t comfortable enough to do the miles you’d need to cover to break even once the diesel's higher purchase price is taken into account. The CO2 emissions aren’t that much lower than those of the petrols, either.

The softly sprung C3 Aircross initially fools you into thinking it’ll prove a comfortable companion, but above 30mph, you become acutely aware of your torso bobbing up and down and your head tossing from side to side. Hit a pothole and there’s a violent crash as the suspension struggles to cope.

Put simply, it doesn’t ride very well at all. Rivals such as the Seat Arona are far more comfortable and composed in all situations. 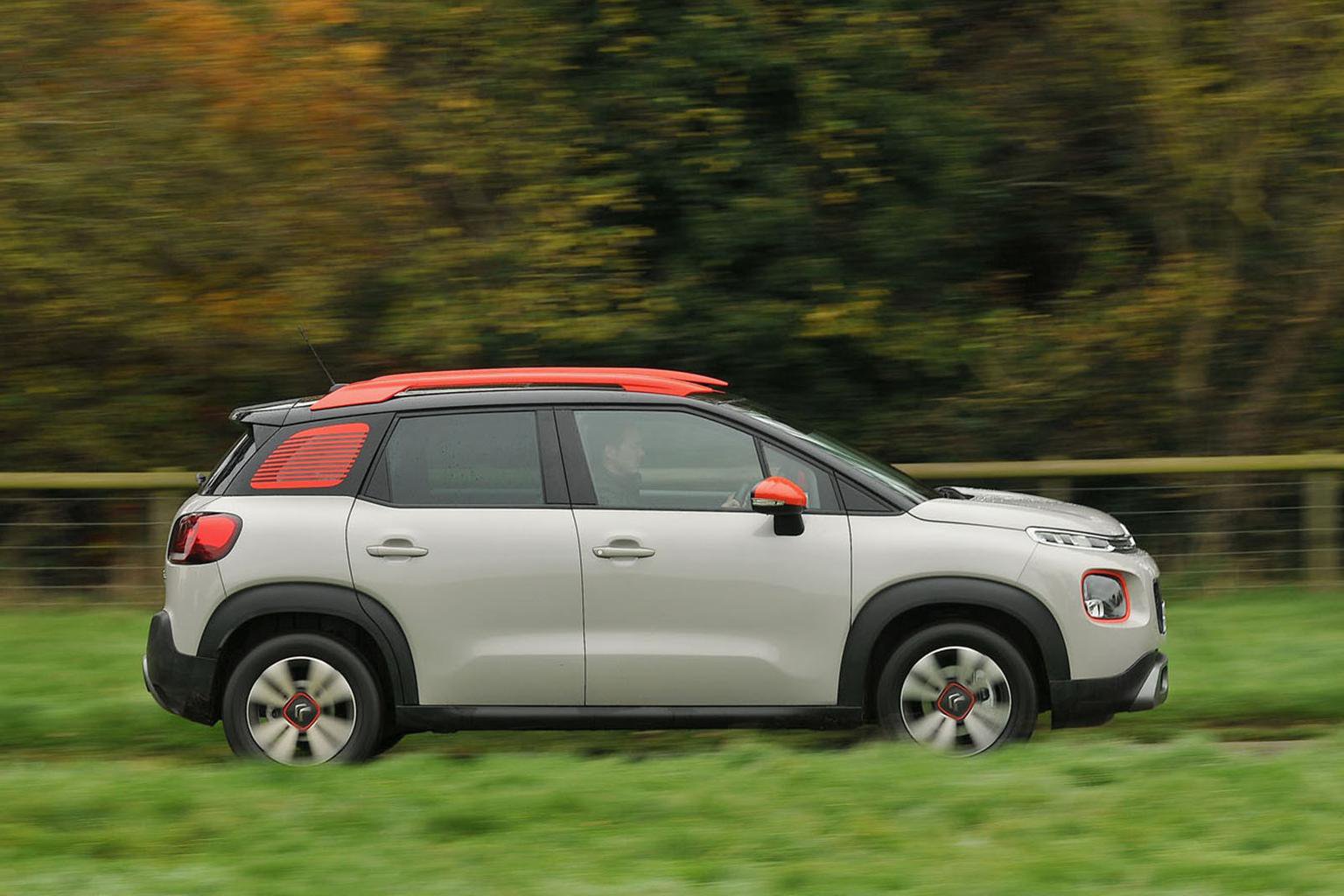 As a consequence of its soft suspension, the C3 Aircross leans more dramatically than most of its rivals through bends. It also feels less stable and composed along bucking and bounding country roads. Remote-feeling steering doesn’t help; it’s not always easy to trust that the front wheels are going where you’re trying to point them.

If you want to have any fun behind the wheel, the Arona and Kia Stonic are much more nimble, while small hatchbacks such as the Ford Fiesta and Seat Ibiza are better still. On the plus side, the C3 Aircross is easy to park and manoeuvre at low speeds.

A nasty cocktail of a heavy, numb clutch pedal, a light accelerator and a woefully vague manual gearshift means driving the C3 Aircross smoothly at low speeds requires the sort of concentration needed to thread a needle. Changing gear and pulling away is so much easier and more instinctive in the Arona.

More positively, Citroën's petrol engines are reasonably hushed and doesn't send too many vibrations through the soles of the shoes. Road noise is also well isolated, although the car’s upright shape ensures that there’s a fair amount of wind whistle on the motorway.