We’d recommend avoiding the Citroën C3 Aircross’s optional panoramic glass roof if you’re tall, or are planning to carry any passengers who are. Yes, it floods the interior with light, but it badly compromises head room to the point that anyone much taller than 6ft might struggle to fit.

You probably won't have any complaints about the leg room available, though, and there are plenty of cubbies dotted around for stashing keys, coins and phones. You’ll also find a couple of good-size cupholders in front of the gearlever.

The optional panoramic roof compromises head room in the back of the Citroën C3 Aircross even more than it does in the front. There is also less rear knee room than in the Skoda Kamiq.

That said, it’s relatively comfortable for three adults sitting side by side because the seats are mounted quite high up and there’s no hump in the floor for the central passenger to straddle. 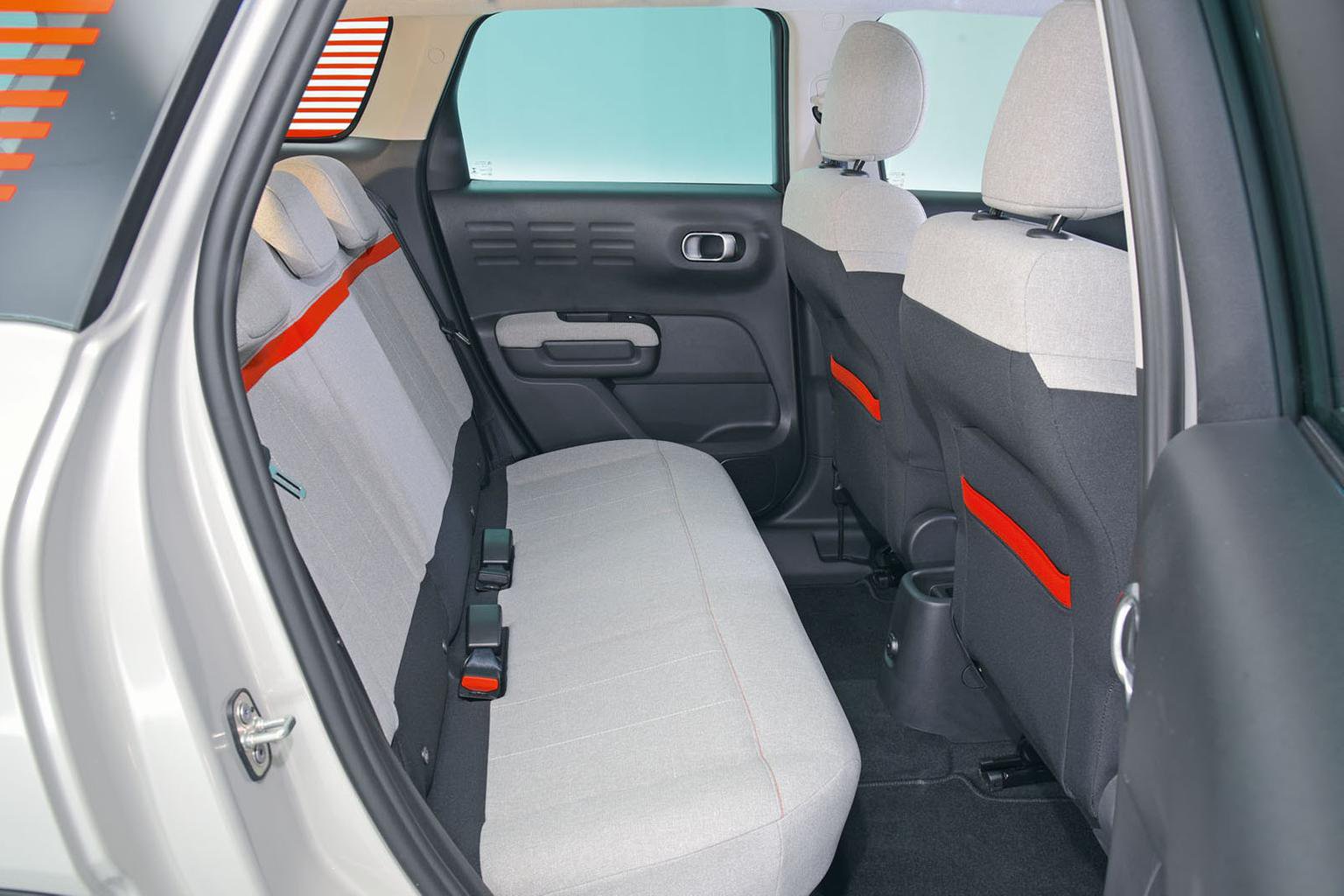 While the usual 60/40-split folding rear seats are standard across the Citroën C3 Aircross range, they form a sliding rear bench if you opt for range-topping Shine Plus trim, allowing you to prioritise boot space or rear knee room as you wish.

Shine Plus cars also feature a folding front passenger seat for those occasions when you need to carry really long items, such as flatpack furniture or a ladder. Meanwhile, entry-level C-Series cars are the only ones to miss out on a pull-out load floor that makes it easy to slide in heavy items.

If you want a small SUV but need a big boot, the Citroën C3 Aircross is better than most. Its load bay is longer and taller than the one in the Seat Arona, for example, even if you don’t have the sliding rear bench.

In fact, we managed to fit in six carry-on suitcases fairly easily, whereas the Arona swallowed five and the Hyundai Kona just four. Then again, we got seven in the Skoda Kamiq and eight in the Ford Puma.