The most popular engine for the 3 Crossback is expected to be the 128bhp 1.2 petrol (badged Puretech 130). This can be had only with an automatic gearbox, and for most jaunts it does a fine job in producing peppy acceleration with only a gentle background engine thrum. Just bear in mind that it isn’t as muscular low down in the rev-range as larger engined premium SUV rivals such as the 1.5-litre Audi Q2 35 TFSI. Still, you’d need to find a pretty steep hill for it to feel wimpy.

We’d therefore avoid the 99bhp entry-level Puretech 100 engine as it only makes sense if you're doing mainly local trips or you're desperate for a manual gearbox. Those wanting more flexible pace will be better served by the Puretech 155, which has noticeably more oomph both away from the line and when joining motorways than either of its petrol siblings. Unfortunately, it’s somewhat unrefined, sounding hoarse as it gets up to higher speeds.

There’s not much joy for diesel fans, either. The 99bhp BlueHDi 100 is the slowest engine of the lot, but with more low-down pulling power than the Puretech 100, it has enough to do the job. It’s very coarse, though; at around 2500-3000rpm, the noise and buzzing through the pedals, gearlever and steering wheel will make you want to avoid stretching it at all costs.

The automatic gearbox shuffles through its shifts without a fuss when you’re going calmly, but it's a bit slow to shift down if you’re after a quick burst of pace, for instance when joining fast moving traffic.. The manual gearbox has a long but reasonably precise shift, although the clutch biting point is somewhat indistinct.

How about handling? Well, the 3 Crossback isn't anywhere near as agile as the Audi Q2 or Seat Arona. Firstly, it leans far more than those two rivals, and secondly, its steering is too light and far less accurate, with little feedback, leaving you sawing at the wheel through faster corners. It’s also much keener to push wide at the nose, the Arona and Q2 having much more evenly balanced grip front to rear.

The ride is its next issue. Up to a point, it offers reasonable bump absorption, and it's only the fact that it sways from side to side on motorways that detracts from comfort. But if the road surface gets more abrasive and strewn with potholes, the 3 Crossback lumps and lollops around with very little grace. Considering that this is a car designed with urban life in mind, the fact its ride gets worse as you slow down is irritating. Overall, it's quite the opposite of the smooth-riding pair of small SUVs from Volkswagen, the T-Roc and T-Cross.

Finally, a quick note on the upcoming electric version. Our very short drive of a pre-production version of the 3 Crossback E-Tense showed it to be a capable electric car. Acceleration response is typically immediate and the retuned suspension does a better job of soaking up lumps and bumps at low speeds. A 50kWh battery powers a 134bhp electric motor and, as we said earlier, is claimed to be good for up to 200 miles on a full charge in real-world driving conditions. The E-Tense won't arrive in the UK until later in the year, so we’ll assess it fully then. 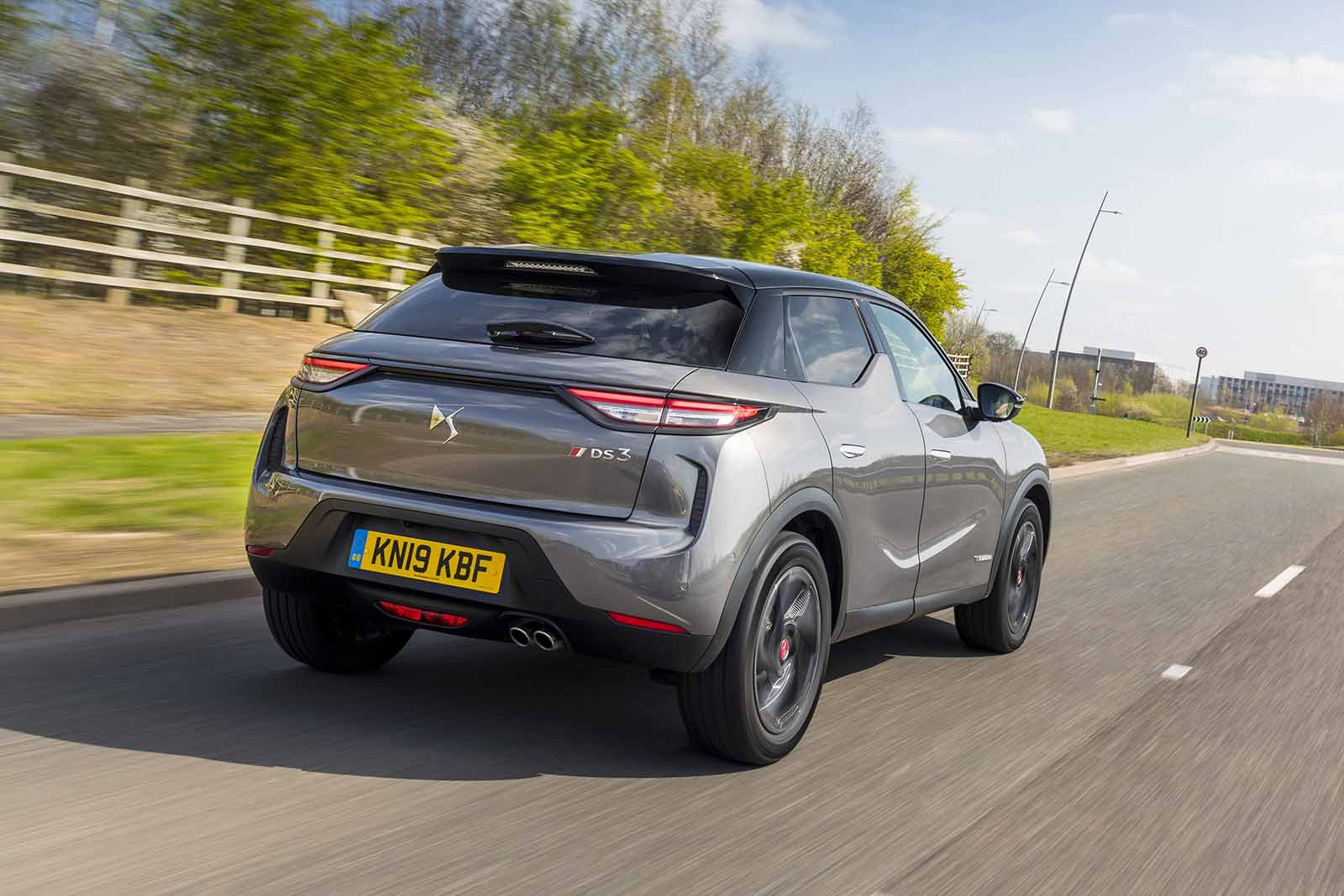 Stylish, well-finished interior and great infotainment but not...