The cheapest electric Fiat 500 available comes with a 24kWh battery and a 94bhp electric motor.

It's not our favourite version, though – the official 0-62mph time of 9.5sec is quicker than the Smart EQ Fortwo but is relatively sluggish by modern electric car standards. While it’s quick and responsive enough in stop-start traffic, it runs out of puff once you head towards motorway speed limits.

The 500 is built primarily for the city, so it has a tight turning circle and is great for whizzing along narrow streets or darting away from traffic lights. It doesn’t lean too much, even through tight turns, and has plenty of grip. Don't expect a lot of feedback from its super-light steering, though.

The ride is fairly choppy but not uncomfortably so. While the Peugeot e-208 and other softer rivals feel calmer and more settled along faster roads, the 500 is upset less than most small cars by potholes and expansion joints.

The more powerful, 42kWh battery version of the car is a better companion on the motorway – which is handy because its range makes longer journeys a genuine possibility. Mind you, it's quite noisy at faster speeds, with lots of wind noise. The Honda E and e-208 are much quieter.

Fabric-roofed Fiat 500s do an even worse job of isolating you from the outside world, although when you fold down the top, you're not blown around as much as you might imagine. That’s partly because of the ‘air cap’ at the top of the windscreen, which diverts air over occupants' heads. 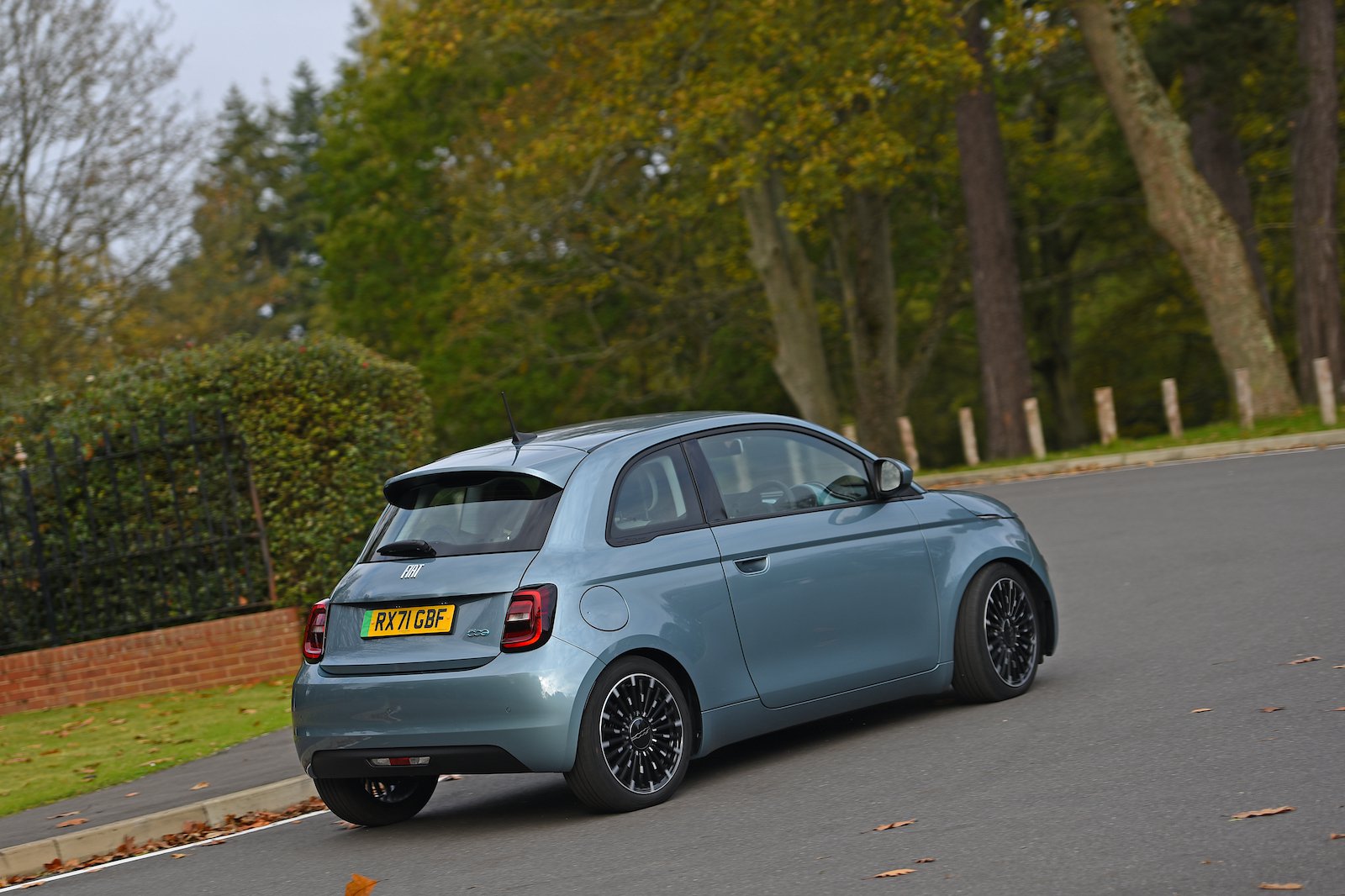