You’ve seen countless Fiat 500s on the road over the past few years so you’ll be well aware this isn’t a big car. True, the latest electric version has grown slightly in all directions, but there are still no rear doors and even short adults won’t want to sit in the back for long.

Viewed as an occasional four-seater, though, the 500 is perfectly fit for purpose – both in hardtop and convertible (500C) forms.

Front stowage space is surprisingly good, with a large tray halfway up the dashboard that’s the perfect size to hold a phone. As you might expect, this is where Fiat has decided to install the wireless charging pad in the versions that have it.

If you want to keep valuables out of sight, there’s a long (if narrow) cubby between the front seats, which has a lid on versions with the Comfort Seats Pack. The door pockets are quite small, though.

Go for the regular hardtop, and the hatchback tailgate lifts to reveal a boot that’s larger than a Honda E’s, but smaller than a Peugeot e-208’s. We managed to squeeze just three carry-on suitcases below the parcel shelf (the Renault Zoe swallowed six cases).

Access to the boot is restricted in the convertible 500C because the boot lid is much smaller, more like a saloon car’s. This version could take only two carry-on cases.

50/50 split folding rear seats are standard on all trims apart from entry-level Action. 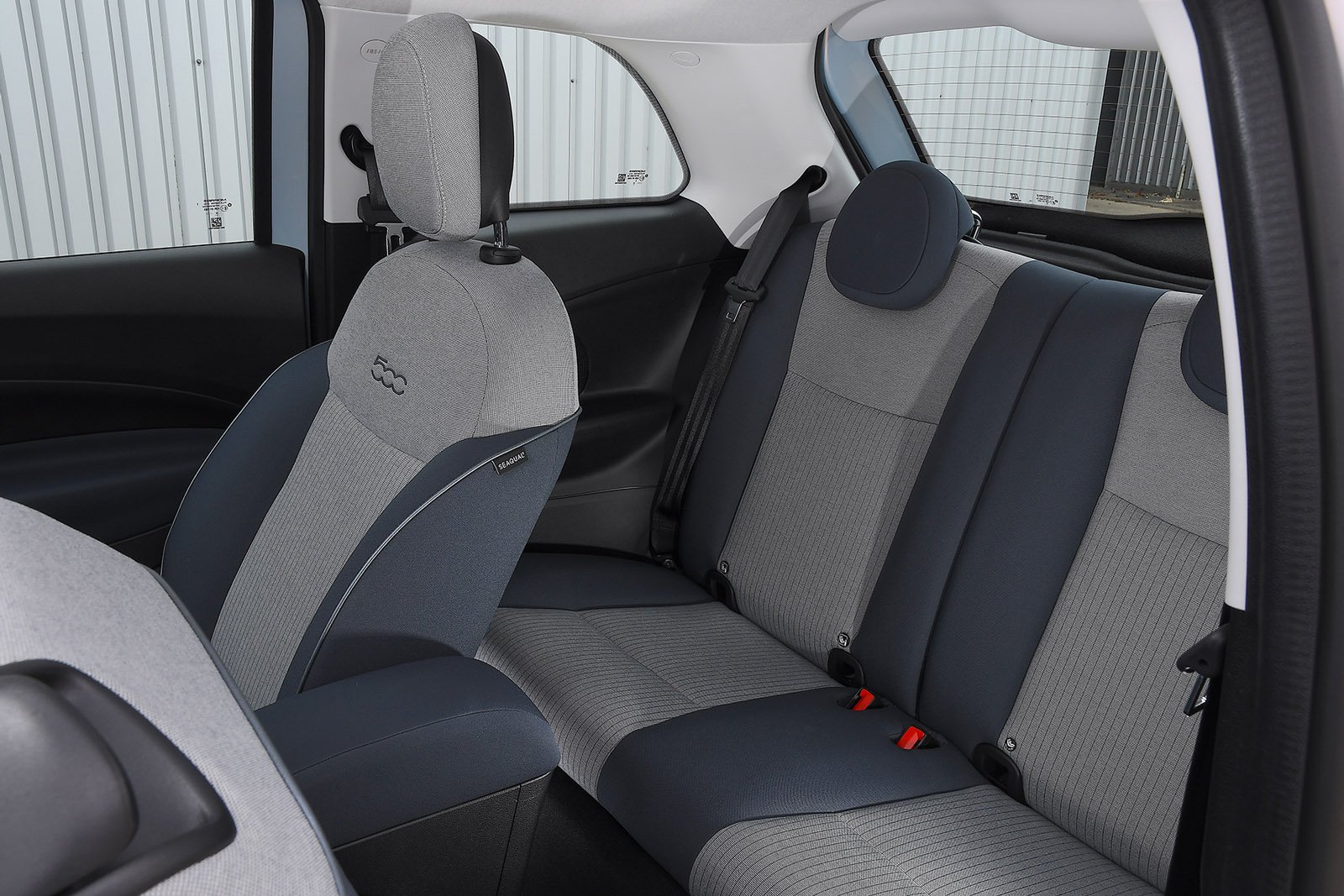