Here’s why you need to seriously consider the rationale of buying an XCeed: it’s a sizeable chunk pricier than the regular Ceed hatchback. Okay, it starts off cheaper than a Focus Active, but there are more affordable and better family cars to choose from. If it’s space or SUV-ness you're after, ‘proper’ SUVs, like the roomier Skoda Karoq, are available for similar cash, too.

When you look at its running costs, things don’t get any more compelling. The XCeed’s engines aren’t particularly efficient for CO2 emissions or miles per gallon. Our preference is for the 1.0-litre petrol, which has lower CO2 emissions and is cheaper to buy than the 1.6-litre diesel; this is good news for private buyers and company car users alike. Company car users might want to consider the PHEV, although its sub-30 mile electric range puts it in a higher BIK tax bracket than many plug-in rivals – even proper SUVs.

And while its predicted resale values, after three years, are similar to the Focus Active's, SUVs such as the Skoda Karoq will hold onto more of their value. The XCeed is also pricier to service over three years than many of its rivals.

We’d stick with entry-level 2 trim — not because it’s exceptionally well equipped, but because it keeps costs down. This includes the infotainment and visibility aids we’ve already discussed, along with 16in alloy wheels, automatic lights, air-con, cruise control and keyless entry.

You get quite a bit more with 3 trim, including the upgraded infotainment system we’ve detailed, along with privacy glass, automatic wipers, power-folding door mirrors, climate control, a heated steering wheel, heated front seats, keyless start and 18in alloy wheels. The cost ramps up, though.

As for First Edition, it’s ridiculously pricey. Even if you factor in its adaptive cruise control (only with the automatic gearbox), electric tailgate, heated rear seats and panoramic sunroof, it’s almost as much money as a top-of-the-range, four-wheel-drive Skoda Karoq. 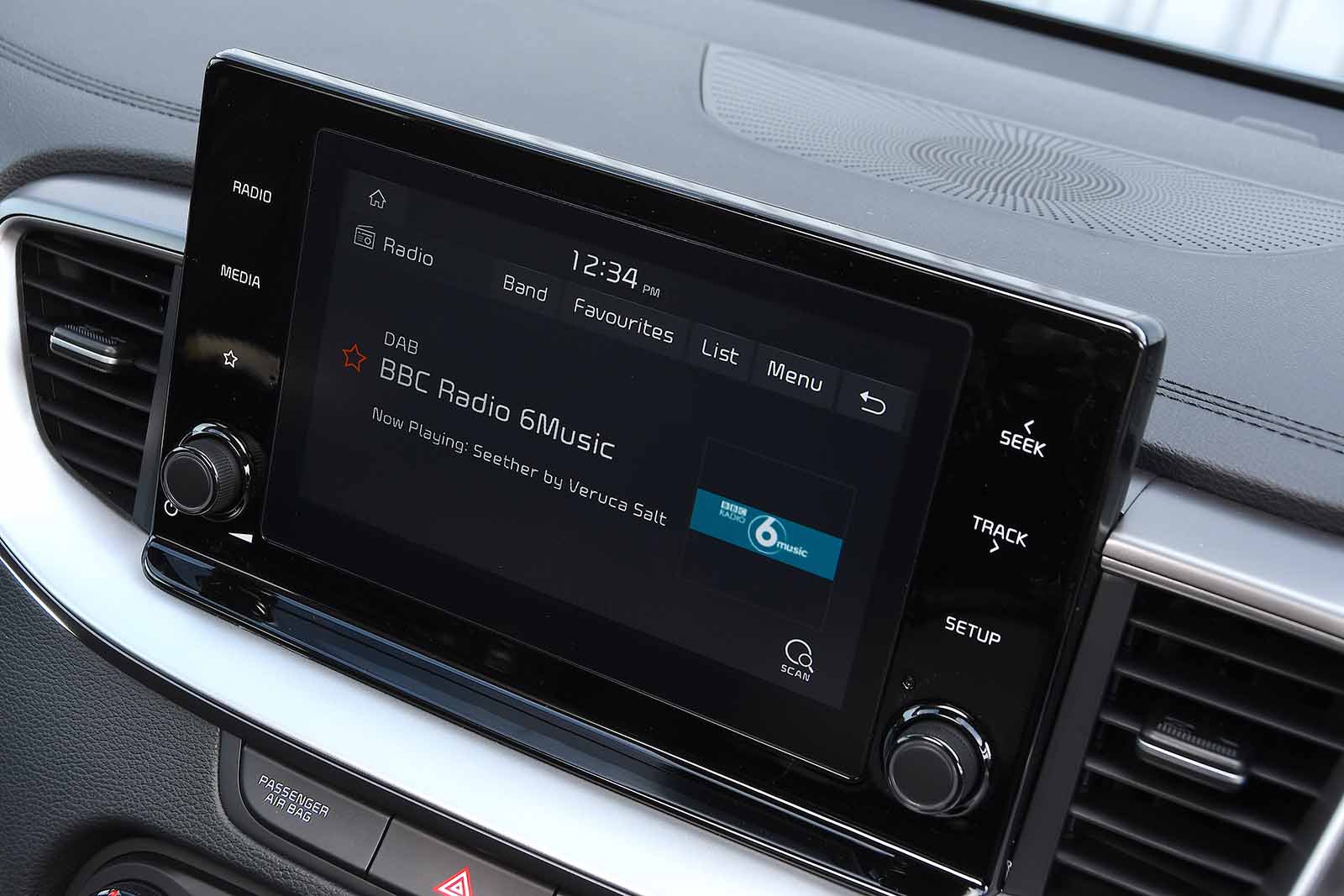 Kia has a good reliability record, finishing sixth out of the 31 manufacturers featured in the 2019 What Car? Reliability Survey. That's only just behind Toyota, better than Skoda and a long way ahead of Ford and Volkswagen.

Even if you do have a problem, Kia’s seven-year/100,000-mile warranty is the longest currently available on a new car.

Things appear quite promising if you look at the amount of safety equipment all trims receive: automatic emergency braking (AEB), lane-keeping assistance, a driver attention alert system and traffic sign recognition. Top First Edition trim gets even more, with blind spot monitoring and an upgraded AEB that recognises pedestrians and cyclists.

However, when Euro NCAP tested the Ceed, on which the XCeed is based, it found issues: the driver’s head making contact with the steering wheel in a frontal collision, and poor protection for the chest in a side-on crash test with a pole. As a result, it received just four stars out of five, which is very rare in this class and indicates that the XCeed is less safe than many rivals, including the Mercedes A-Class and the Mazda 3.

On top of that, security expert Thatcham has shown the Ceed to be relatively easy to break into and steal, despite having a standard alarm and immobiliser.

Good to drive, and has a big boot and lots of standard ki...