If you or your passenger stand at more than six feet tall, no problem: you'll fit in the front of an XCeed just fine. Head and leg room are similar to what you'll find in the VW Golf and Focus Active.

There are also good-sized door bins, a decent glovebox, two cupholders and plenty of trays for all your accoutrements.

Rear leg room, though, is merely average, and head room is unexceptional – or tight if you have the panoramic sunroof fitted. It’s certainly a lot less roomy in the back than is the case with the Ford Focus and Skoda Scala. The rear door bins aren’t very generous, either.

It’s not all bad, though. Getting in and out through the relatively wide door openings is easy, and the rear seat is well shaped and comfortable. And with an almost-flat floor (there’s a very small central floor hump), it makes life sweeter for someone sitting in the middle seat than many rivals.

Ordering top-spec First Edition trim is the only way to get 40/20/40 split-folding rear seats in an XCeed; the rest of the trim levels – and most of its hatchback rivals – provide a less useful 60/40 design. If you’re comparing the XCeed against ‘proper’ SUVs such as the Skoda Karoq and VW Tiguan, its lack of sliding and reclining rear seats is a negative.

Only 2 trim misses out on adjustable lumbar support and a height adjuster for the front passenger seat. 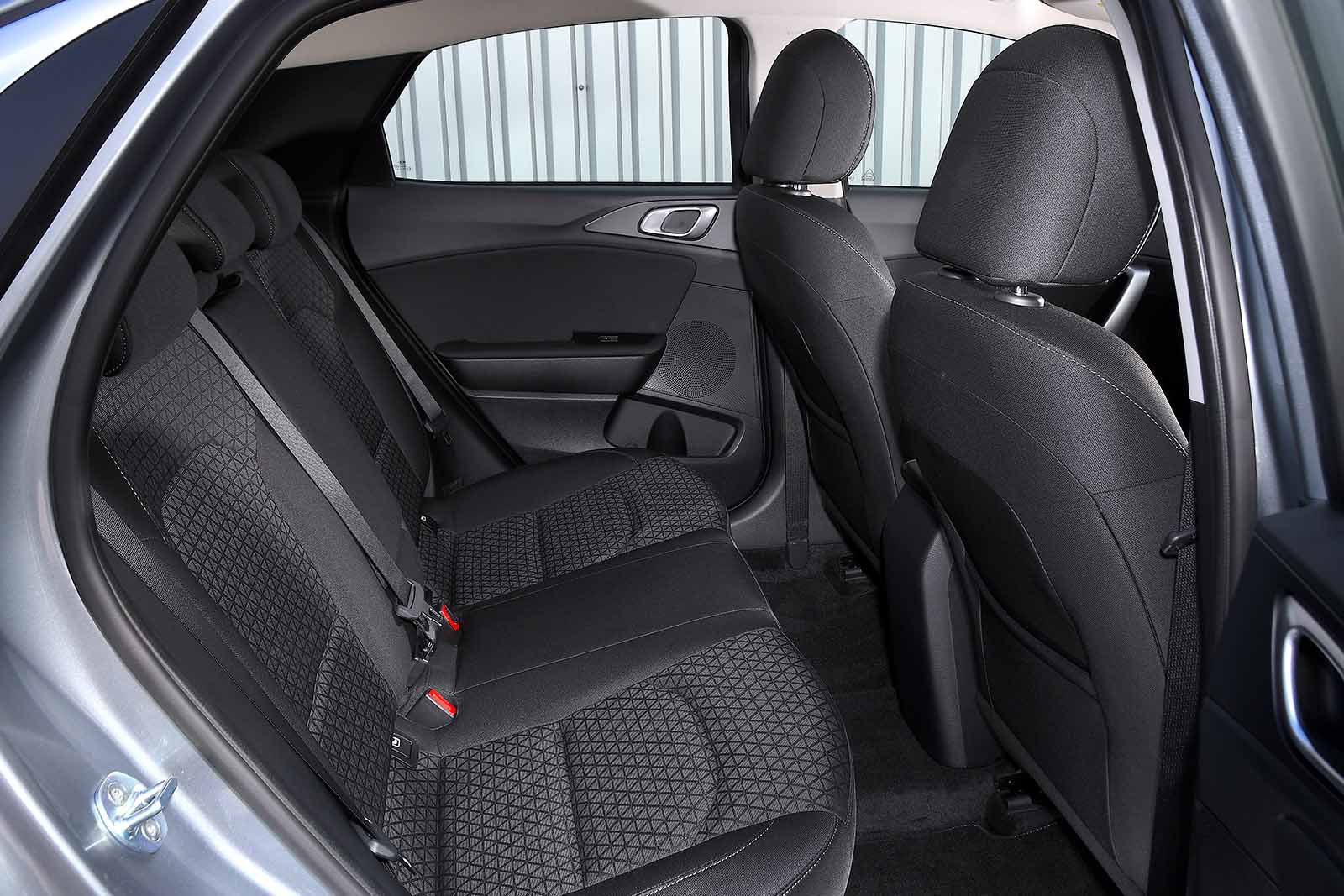 This is perhaps the biggest difference between a regular Ceed hatchback and the XCeed. The XCeed has a noticeably larger boot — up 31 litres to 426 litres — that beats the Focus Active in its hatchback form, but not the Skoda Octavia. You’ll certainly have enough room for a buggy or a couple of large suitcases and won’t struggle making worthwhile trips to the tip. The exception here is with the plug-in versions, these lose a fair amount of boot space due to the battery that lurks under the floor, reducing luggage capacity to less than that of the regular Ceed hatch.

On non-hybrids, it’s helpful that you get a height-adjustable boot floor as standard; in its raised position, this irons out the step that’s formed when you fold the rear seats down. It doesn’t completely remove the large load lip, though, and that means lifting heavy items in and out can be an effort.