The driving position in the Lexus ES is comfortable rather than sporty, with good visibility that’s helped at night by standard automatic LED headlights. You get automatic wipers, a rear-view camera, and front and rear parking sensors on all models.

You can opt to have cameras in place of regular door mirrors in top Takumi trim but we wouldn’t bother – the displays are of a disappointingly low resolution and the system is pricey. The seats are comfortable, with  adjustable lumbar support as standard and decent lateral support, although our taller testers found the seat didn’t quite go low enough. F Sport gets sportier seats with more side support, but these are just as comfortable.

The media system is controlled by tracing your fingertip on a touchpad on the centre console to move a cursor around the screen. It’s a bit like using a trackpad on a laptop computer, except many users will find the kind of precision required difficult to master, especially while driving.

The touchpad is supposed to recognise pinch, swipe, double-tap and handwriting inputs, but it took us two or three attempts to zoom the navigation map to the scale we wanted. In fact, even routine tasks such as changing the radio station can be tricky. Although it’s certainly an improvement over older Lexus systems, we’d much prefer a rotary dial.

The interior uses materials of fairly impressive quality, but it doesn't appeal to the senses in quite the same way as that of the Audi A6 or BMW 5 Series. More expensive models use soft leather generously, but also have leatherette masquerading as hide in places – and not very convincingly in some areas. We found surprisingly scratchy plastics around the door bins and centre console that aren’t as appealing as the squishier materials in German rivals. 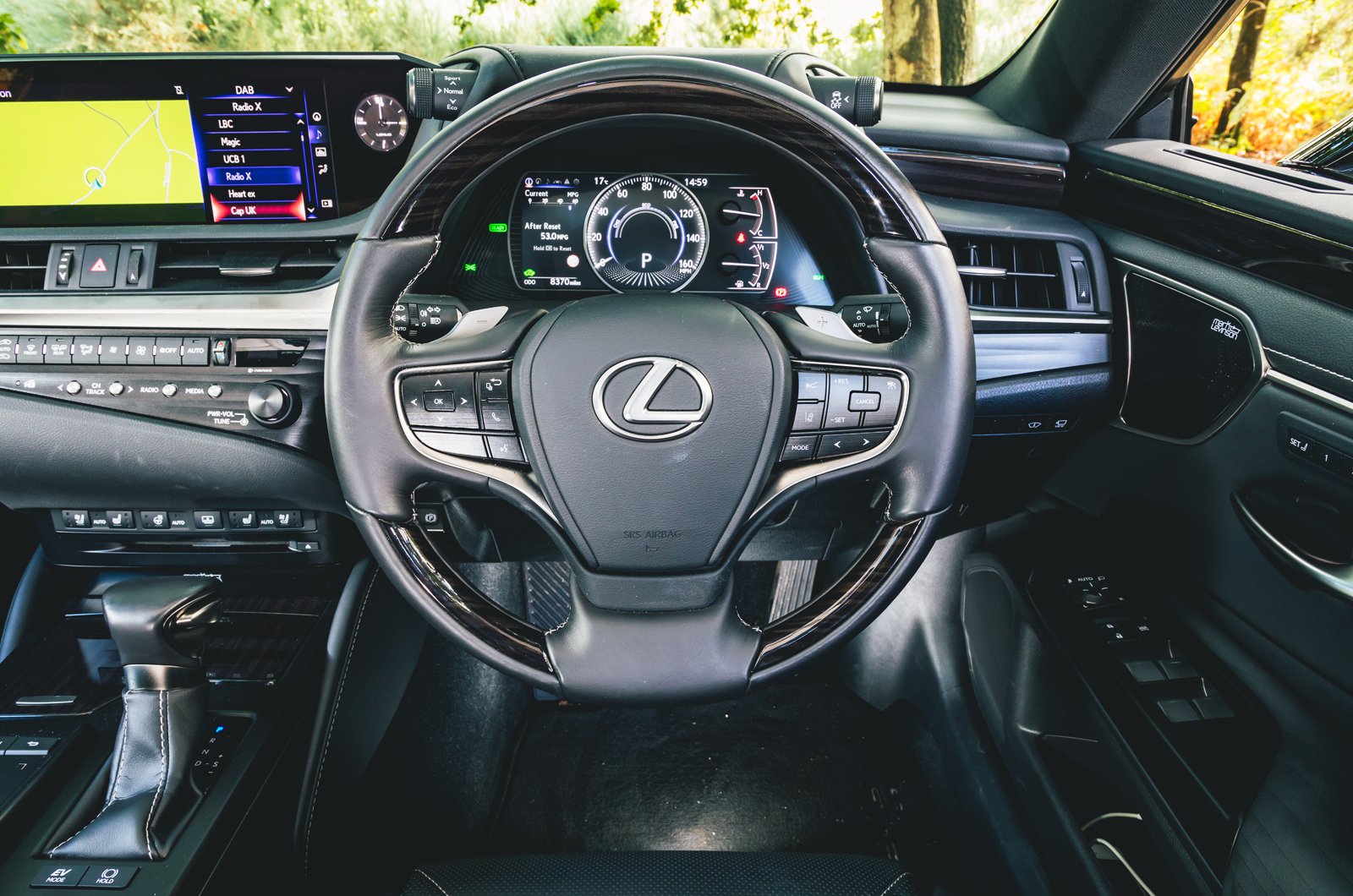